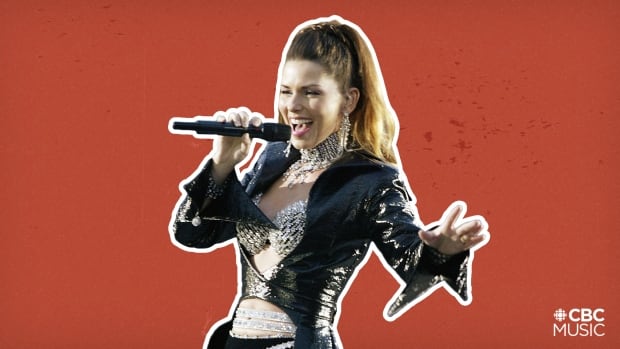 “I was a disruption to the image of country music.”

Shania Twain is not afraid to admit that she changed the country landscape. In a new Netflix documentary titled Not Just a Girl, directed by Joss Crowley and out July 26, Twain reflects on an almost 40-year career that went from singing in small-town Ontario bars as a kid, to unexpectedly caring for her siblings at 22 after her parents tragically died in a car crash, to a superstar artist who dominated country, crossed over into pop and became one of the best-selling artists of all time. (Twain’s 1997 album, Come on Over, still holds the record for biggest-selling studio album by a female solo artist, with more than 40 million units sold.)

Not Just a Girl gives fans an inside look at Twain’s rise in the ’90s, with Twain herself giving thoughtful insights into the hard work, perseverance and creativity that fuelled her songs, her music videos and her iconic fashion. Twain — as well as a robust cast of affiliates and fans, ranging from former managers Mary Bailey and Jon Landau to artists Avril Lavigne, Kelsea Ballerini and Orville Peck — are also brutally honest about the sexism that artists face, noting how particularly tough it was to be a woman in country.

While Not Just a Girl makes a clear case that Twain’s influence still lives on today in artists like Ballerini and Taylor Swift, the documentary is also filled with memorable quotes that illustrate the struggles and triumphs that Twain experienced, and proves just how much of an influential force she was — and continues to be. Below, CBC Music has highlighted 10 of the best quotes from the film.

“Growing up in a violent household was horrible, but I locked myself away with music to block out everything else, so that all I could see, hear, think, imagine was music.” — Shania Twain, on growing up in Timmins, Ont.

“I mean the sound, this voice, the control, way back then, she brought tears to my eyes. That’s how much emotion was in the voice… I thought then, right from the get-go, this little girl had a chance.” — Mary Bailey, who would become Twain’s first manager, and for whom Twain opened when she was just 11 years old.

“You have to work three times as hard as the average guy in country music in order to get a shot. To be relentless was the only way.” — Shania Twain

“If you do what I’ve done in my life — peddling records, basically — you know when you’ve got one. You don’t have to have golden ears or be a genius. You just know. Enough so that I can go to my boss in New York and say, ‘Hey, I’m gonna spend more money than you’re comfortable with on this. ‘Cause I think we’ve got a huge one.'” — Luke Lewis, head of Mercury Nashville Records, on Twain’s second and breakthrough album on the label, The Woman in Me.

“I think that Shania takes these universal ideas of love and of confidence and of discovering who you are as a young woman, and of the push and pull of bad days and good days and life, and all these things that are universal topics for songwriting, and she makes them sound like they’ve never been written about before. Of course, there’s all these songs about feeling good as an empowered woman — but then there’s ‘Man I Feel Like a Woman.’ You know what I mean? It’s just like, that’s the song.” — American country artist Kelsea Ballerini

“You know I’ve always said that I think country music, just in general, it’s always surprised me that there haven’t been more openly gay country musicians, because I think, at the heart of it, country music is about disappointment, heartbreak, feelings of inadequacy, feelings of loss, and you know, that is sadly kind of the gay experience for everyone at some point. I mean, definitely it was for me, for a long time. And I think when you can find a musician who can tap into that and write a song that speaks to that, and also do it in a way that is colourful and camp and playful and even humorous, like even laughing at oneself, I think that is also a very important experience of gay culture as well. She reached through the stereo and made me feel I guess safe, when I was a young kid.” — Orville Peck

“When I lost Mutt I guess I was thinking that the grief of that was similarly intense to losing my parents. And you know, it was like a death. It was the end, the permanent end to so many facets of my life. And I never got over my parents’ death, you know what I’m saying? So I’m thinking shit, I’m never gonna get over this. Like, how do you get over that? So all I can do is determine how I’m going to carry on from there. How am I going to crawl out of this hole that I’ve fallen in? Just like that. I had to take baby steps. Songwriting being first.” — Shania Twain on grieving her divorce from Mutt Lange, her longtime co-writer and producer, who cheated on her with Twain’s best friend.

“To me, Shania Twain is a superstar that I had the privilege of singing with onstage when I was 14 years old. And she had a huge hand in me getting recognized and noticed as a young female Canadian singer.” — Avril Lavigne

“I was always very bold and straightforward about what I thought and my point of view on things as a woman particularly. My point of view in relationships, the way I felt that women should be treated, respected, and I still feel the same way, so I’m just going to carry on that message.” — Shania Twain