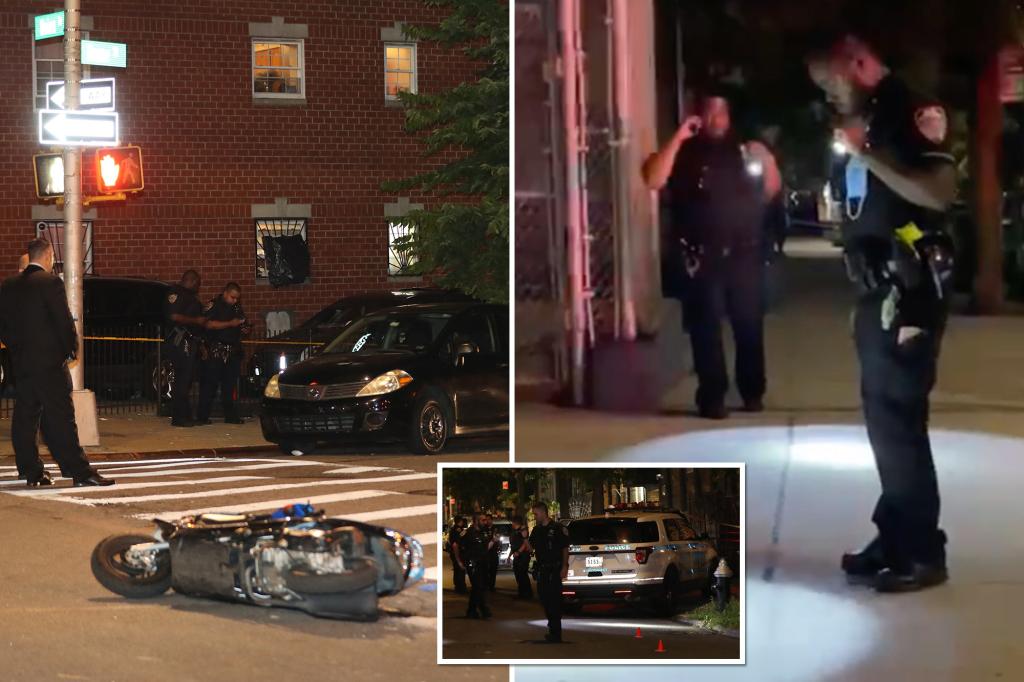 A 12-year-old girl and 16-year-old boy were among nine people shot in a bloody night of gun violence across the Big Apple Monday — which saw seven people shot in the span of just one hour, cops and police sources said.

The two youngsters were walking on Rev. James A. Polite Boulevard near East 163rd Street in the Woodstock neighborhood in the Bronx around 11:30 p.m. when a car drove by and a man inside said something to them, authorities said.

The man then opened fire — striking the 12-year-old girl in the arm and side, and grazing the 16-year-old boy in the chin, cops and the sources said.

Both were taken to Harlem Hospital in stable condition.

It was unclear whether the suspect intended to shoot the youngsters or mistook them for someone else, cops said.

About 20 minutes earlier, two men, 22 and 27, were shot on Montgomery Street near Dearborn Court in Crown Heights, authorities said.

Both were shot in the leg, with the younger man struck in the ankle, cops said.

They were uncooperative with police and simply reported hearing shots and feeling pain, authorities said.

Two other men were shot during a vigil on Clinton Street near Centre Street in Red Hook around 11 p.m., cops and police sources said.

Nineteen shell casings littered the scene after the shooting, the sources said.

Back in the Bronx, a 30-year-old man was shot in the leg on Summit Avenue near West 164th Street in Highbridge around 10:30 p.m., authorities said.

He was taken to Lincoln Medical Center, where he was described as uncooperative with investigators.

The night’s one fatal shooting came around 9:15 p.m., when Shawn Pressley, 28, was blasted in the back of the head as he rode a moped on Home Street near Prospect Avenue in Morrisania, cops said.

He was rushed to Lincoln Medical Center, where he was pronounced dead, cops said.

Pressley was arrested weeks ago, on June 5, in connection to a June 26 shooting that wounded a 22-year-old man just down the block from the Monday night scene, police said.

He was charged with attempted murder and criminal possession of a weapon, cops said. The circumstances of his release in that case were not immediately known.

The earliest shooting of the evening came just before 6 p.m., when a 23-year-old man was shot in the leg on Herkimer Street near Detective Clarence M. Surgeon Way in Bedford-Stuyvesant, cops said.

He reported hearing shots and feeling pain, and went to the Kings County Hospital Center with non-life-threatening injuries, police said.