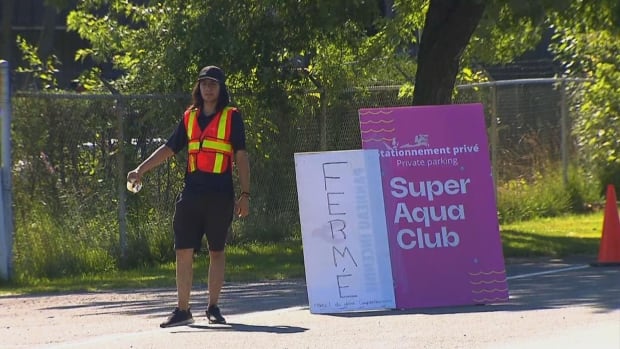 Police are investigating after a teenage girl was found dead after drowning late Friday afternoon at a water park near Montreal.

The 14-year-old was found unconscious at the base of a water slide in an artificial lake at the Super Aqua Club in Pointe-Calumet, Que., at around 5 p.m., according to authorities.

The teen had been at the park with family when they lost track of her, police with Régie de police du Lac des Deux-Montagnes said.

“The young girl didn’t know how to swim,” said Jean-Philippe Labbé, an inspector with the police force.

Lifeguards tried to revive the girl before she was taken to a hospital in Saint-Eustache. She was then rushed to Sainte-Justine children’s hospital in Montreal, where she was later declared dead.

The death is being considered accidental, police said, with an investigation from the Quebec coroner pending.

On its Facebook page, the Super Aqua Club expressed its condolences to the girl’s family, saying the team is in shock and mourning.

“Our hearts go out to the family and friends of the victim. We wish to express our deepest condolences to them,” it wrote early Saturday morning.

It will remain closed for the rest of the weekend.

Support services will be offered to its employees, Super Aqua Club also wrote.