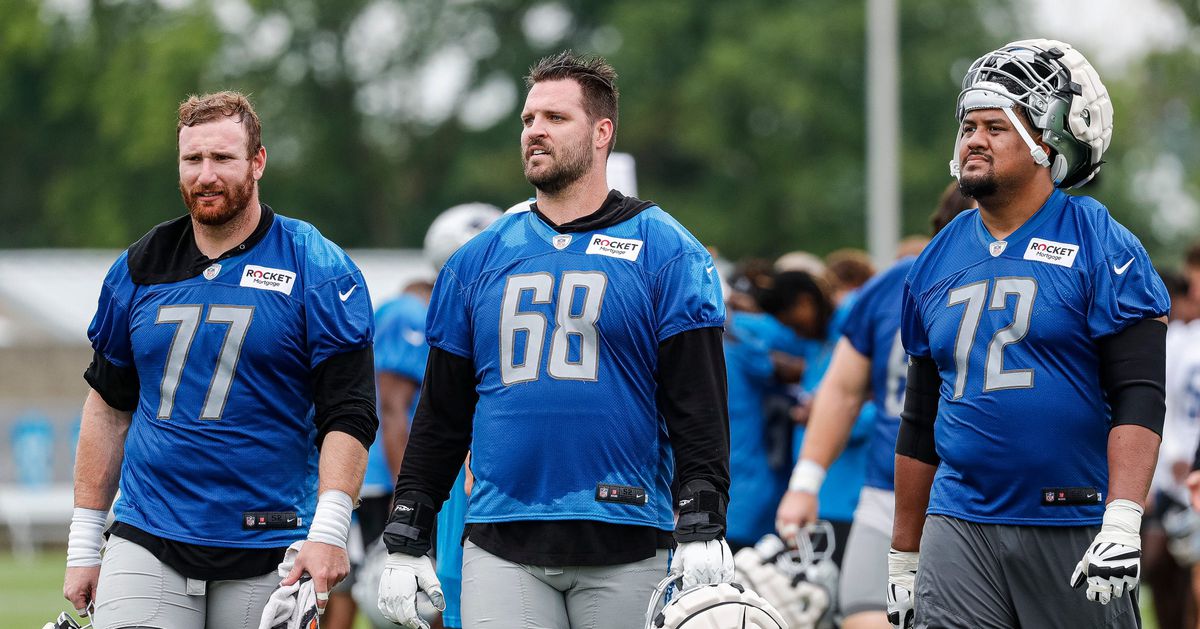 The Detroit Lions have nine training camp days in the books, and per usual, they have big plans for their tenth practice: a scrimmage at Ford Field for the organization’s Family Fest.

So far through the first days of camp, things have played out close to what’s been expected, but there have been a few surprises where players have stepped up, and in our opinion, climbed up the depth chart.

If you’ve followed our weekly comprehensive depth charts throughout the season, you’ll notice a familiar pattern in this piece. Below, we have organized the roster by position, ranked the players (with numbers for easy tracking during the scrimmage), and provided an at-a-glance overview of the base formations at the end.

So, If you’re headed to Family Fest on Saturday and want something to help you quickly identify players or you are just curious where the roster sits after training camp practices, we’ve got you covered.

Note: projected starters will be bolded, injured players italicized, and rookies will have an * after their name.

The Lions have been rotating backups throughout camp, and it is technically Blough’s turn in the rotation, so he may actually open the scrimmage with the second team but for rankings purposes, I still believe Boyle is slightly ahead based on training camp performances.

With Cephus injured, the Lions have shifted Kennedy to the second team “X” and kept Raymond in the slot.

The Lions will use two players from this group in base sets and sometimes will bump that up to three in big sets.

Like at IDL, the Lions will use two players from this group in base, but will often add a third depending on the situation. Also of note, Julian Okwara missed practice on Friday and it’s not clear if he is dealing with an injury.

This is the most challenging group to project because they have been rotating the top three through the starter positions and nearly everyone through the second and third teams. As of Friday, this is our closest guess as to where this group sits.

Like at linebacker, the Lions have three players competing for two spots and then the rest of the group fighting for the fourth spot in the rotation.

Mike Hughes is also rotating in with the nickelback group.

This group has rotated their reserves quite a bit, and while you may see a player like JuJu Hughes with the second team during the scrimmage, but he will likely fall below Moore (who was only removed from the NFI list on Friday) on the depth chart. Don’t expect to see Moore in any team drills during the scrimmage.

The kicker battle is wide open.

If you’re more of a visual learner, here’s an at-a-glance look at what was discussed above:

This cheat sheet is separated by position and listed in numerical order, save the offensive line, which is grouped by unit. Erik uses this style of roster sheet for tracking players during camp: