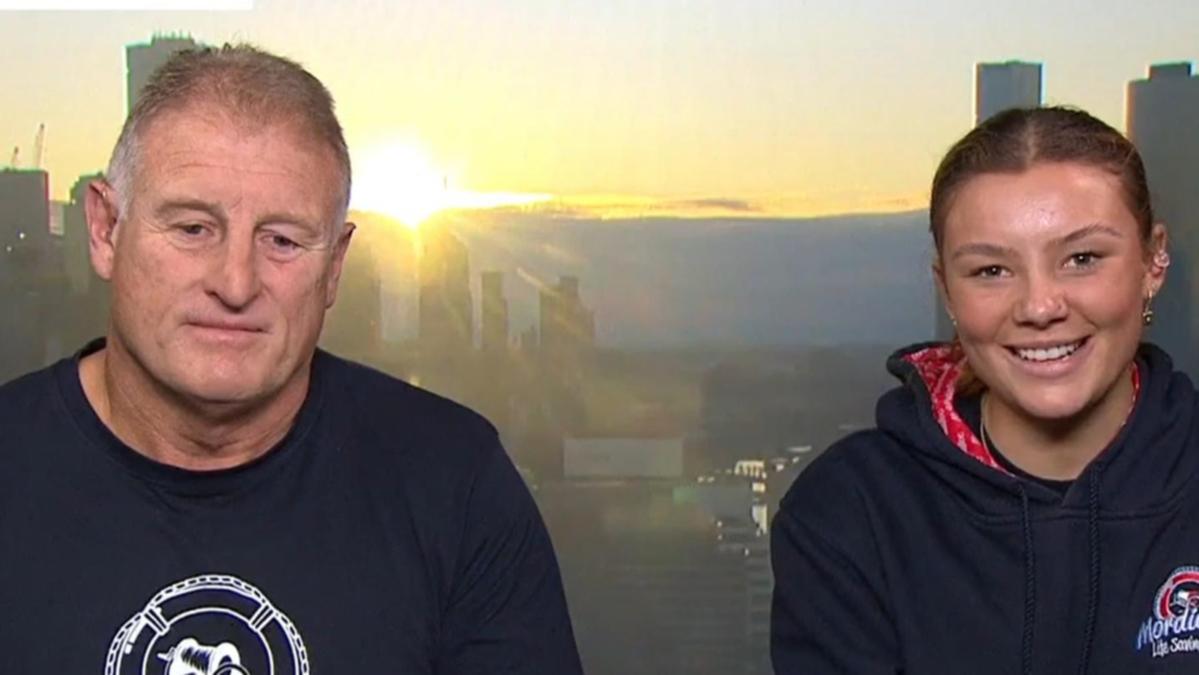 A Victorian teenager has been raised to hero status after saving the life of a kite surfer.

Bianca Stranger, 15, was sitting at home when she got a call from her police officer father to say he needed her help.

Multiple calls had come in about a distressed kite surfer who had been washed out to sea in Parkdale in Melbourne’s southeast.

“I was just at home and then dad gave me a call and was like ‘there’s a man out in the water, we don’t know his situation, if he’s tangled in his gear or what’s going on’,” Ms Stranger said.

With her lifesaving training behind her, Ms Stranger rushed to help.

“I just raced out, I wasn‘t really thinking too much, just get to him and make sure he’s alright,” she told Today on Sunday.

The brave teen’s father, Murray Stranger, heard calls for the man to be urgently rescued through police radio.

“I heard the job over the radio and it sounded fairly dire,” he said.

After being notified that the water police vessel was some time away, Mr Stranger called on his daughter to rescue the man.

“The weather was bad, the water temperature was extremely cold and I heard that the water police, the closest vessel is 40 minutes away,” he said.

“It sounded pretty bad from the reports and there had been a few calls about him, so I thought I better ring Bianca.”

While the Melbourne dad said he is “always” proud of his brave daughter, he gave a shout out to the coaches and trainers at Victoria Lifesaving for the “countless hours of training” given to kids like Bianca.

“It‘s really all the training that the coaches put into these kids,” he said.