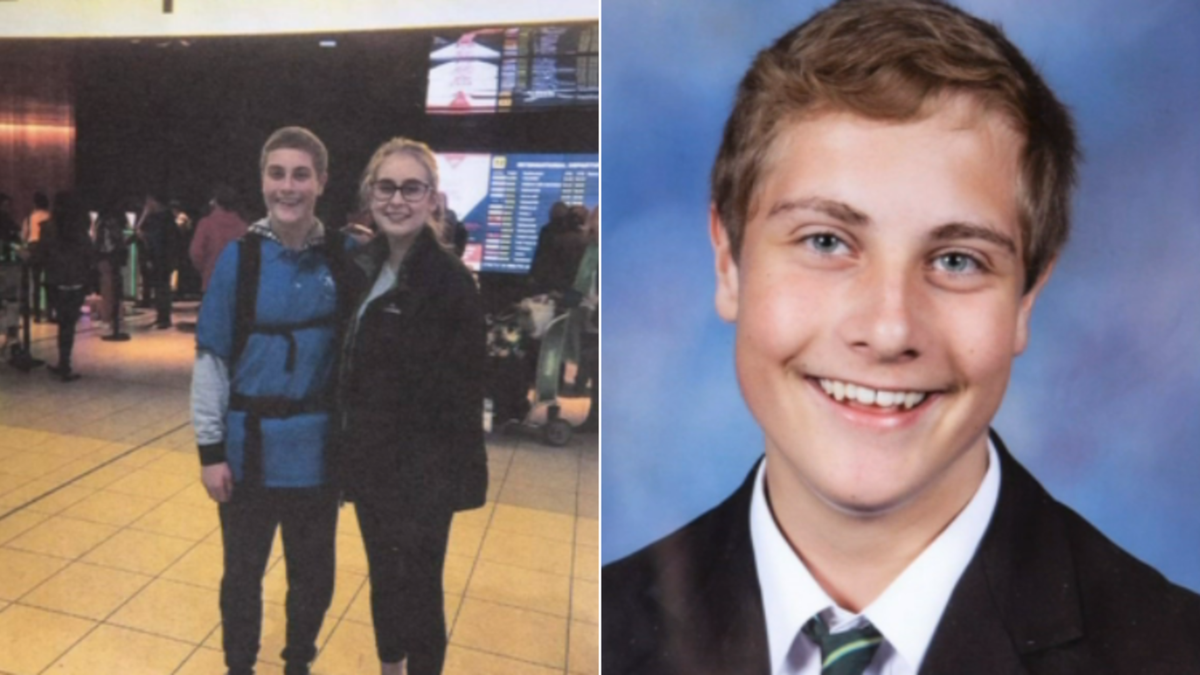 What was supposed to be the trip of a lifetime became a parents’ nightmare when Barbara and Dale Fehring found out their bright young boy Tim had died in a hospital in Vienna.

“He couldn’t wait to get away quick enough,” Dale Fehring told 7NEWS.

“He would go to school and brag and say that he was going on the European trip, and it was all his Christmases and birthdays at once, and how lucky he was,” Barbara Fehring said.

The student from Blackburn High School in eastern Melbourne was learning German at the time, prompting him to embark on a school trip to Europe in June 2019.

As soon as he got off the flight to Germany, he told his parents he had an upset stomach, but put it down to some of the spicy food he had eaten on the plane.

“I almost threw up and am working on getting better so I can have a better time,” Tim wrote in a text to his mum on June 24, 2019.

“I am going to sleep like a baby because it might be exhaustion. I have not slept in hours and I always feel dizzy.

“Love you mummy and will keep you up to date with more.”

Tim went onto explain to his mum that he thought his sickness might have had something to do with the water he had been drinking.

“Someone had a blood nose when they had it and I was feeling sick so I might have to buy some water,” he wrote.

When the year nine student tried to buy different water, he told his mum he couldn’t as it was the same as the one he thought might have made him ill.

Tim’s condition got worse and worse, however, with the year 9 student vomiting on multiple occasions, as documented in a coroner’s report released in July this year.

Two of Tim’s teachers, Mr Vezey and Ms Taylor, put his illness down to homesickness, despite Tim adamantly denying that this was not the case.

“They kept throwing homesickness at us all the time,” Barbara Fehring said.

“We’re like, ‘Timothy’s not homesick, he’s sick’ – and they didn’t want to address that at all.

“When he’s saying that he’s sick and there’s something not right … it’s the truth.”

According to the coroner’s report, on June 26 Tim woke up early and messaged his mum asking her to get him home, expressing “dissatisfaction about how he was being treated and disbelieved about his sickness”.

“(It’s) more that he wasn’t being heard,” Barbara Fehring said.

That afternoon, Tim was taken to see a doctor at the Munich Children’s Hospital, and was diagnosed with “obstipation (a severe form of constipation) accompanied by confirmed gastroenteritis”.

“At this stage, the staff believed they were dealing with homesickness and constipation, which the doctor had said would be causing the vomiting,” Coroner Simon McGregor wrote.

The following day, Tim’s condition had not improved, and when on a walking tour that the 15-year-old had asked not to go on, he was described as looking “pale” with black circles under his eyes, and was “walking slowly and looked puffed out and tired”.

He told staff that he wanted to go to a hospital, but his teachers thought he was just trying to avoid participating in planned activities.

Arrangements were finally made for Tim to return home and a flight was booked for 3pm on Saturday June 29.

A doctor’s certificate was required, however, for the young boy to board the plane.

Tim, accompanied by his teachers, went to see a doctor, however no tests were performed.

The doctor noted Tim appeared tired and pale but “did not appear truly sick”.

McGregor wrote in his report that as Mr Vezey sorted the bill and paperwork, Tim complained he felt hot and sweaty, and went outside to wait in the hallway area.

When Mr Vezey left the clinic, he discovered Tim had collapsed, with vomit on his clothing and blood coming from his nose.

A defibrillator was eventually brought out from the clinic and attached to Tim’s chest, however the device indicated that there was no electricity or movement in the heart, and it did not give a shock.

Tim was taken to a hospital in Vienna, where doctors tried to regain a pulse, but they were unsuccessful, and Tim died at 1.22pm on Friday, June 28, 2019.

An autopsy performed by the Medical University of Vienna found “copious bacteria and fungi” in his lungs and blood, suggesting “a highly acute course of an infection which may have led in the end to a fatal cardiovascular failure”.

A second autopsy performed in Victoria, however, found that Tim had died due to natural causes, a conclusion coroner McGregor accepted.

Not wanting their son to have died in vain, the Fehrings have called for staff-to-student ratio rules for overseas excursions be changed.

“He was very alone, no one really being his advocate and that’s why we think it’s really important to have more adults (to) student ratio,” Barbara Fehring said.

“And if there was, for example, a school nurse … or a registered nurse, (they) would’ve been able to maybe treat Timothy differently and understand what he was going through.”

Acting on McGregor’s recommendation outlined in his report, Victoria’s Department of Education and Training has now updated its required ratios.

At the time of Timothy’s death, 7NEWS.com.au understands the student-to-staff ratio was one staff member per 10 students.

It has now been updated to require a minimum of two staff for 1-10 students, three staff for 11-20 students and four staff for 21-30 students.

A department spokesperson told 7NEWS.com.au that Tim’s death was “tragic”, but insisted that the school met all requirements at the time.

“We again extend our deepest sympathies to Timothy’s family and friends,” the spokesperson said.

“The department has actioned all the coroner’s recommendations from the investigation.

“The school met all staffing requirements, with additional staffing numbers above the required ratio being provided by a local tour company.”

Dale Fehring told 7NEWS that he was reminded of his son every day.

“There’s days when there’s little things that remind you. You might see other kids at school, something might pop up on television,” he said.

“If (the school) had a better understanding of what sort of child he was, we most likely wouldn’t be in this situation today,” Barbara Fehring added.