> Al Gore compares climate deniers to Uvalde police who ‘heard the gunshots, and nobody stepped forward’ Skip to content 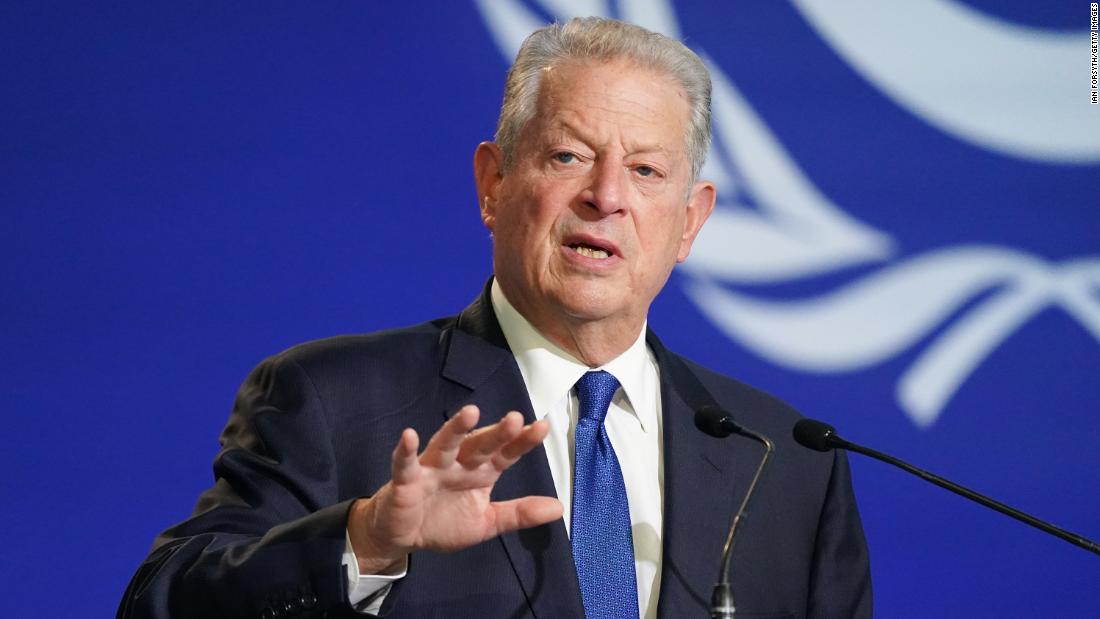 “The climate deniers are really in some ways similar to all of those almost 400 law enforcement officers in Uvalde, Texas, who were waiting outside an unlocked door while the children were being massacred,” Gore told NBC’s “Meet the Press.” “They heard the screams, they heard the gunshots, and nobody stepped forward.”

“And God bless those families who’ve suffered so much. And law enforcement officials tell us that’s not typical of what law enforcement usually does. And confronted with this global emergency, what we’re doing with our inaction and failing to walk through the door and stop the killing, is not typical of what we are capable of as human beings. We do have the solutions,” Gore added.

“Public sentiment is changing, but our democracy is broken and in order to solve the climate crisis we’re going to have to pay attention to the democracy crisis,” he said.

“I welcome (Biden’s) announcement this week to jumpstart the offshore wind industry in the US,” the former vice president said, adding Biden has taken other small steps to reverse some damage to efforts to fight climate change from the Trump administration. “But he needs congressional action in order to take the bold steps that are really needed.”

In a separate interview Sunday, Gore outlined more specific action he thinks the executive branch could take without waiting for Congress, saying the Environmental Protection Agency could take further action, Biden could stop approving more drilling on public land, and he could nominate a new head of the World Bank.

On whether Biden should heed the suggestions of climate activists urging him to declare a national climate emergency, Gore told ABC’s “This Week”: “Well mother nature has already declared it a global emergency and I’ll leave it to others to parse the pros and cons of what an emergency declaration would lead to.”

“Thank you for making the suggestion,” he told NBC’s Chuck Todd when asked whether he’d consider running for president on a climate agenda. “But, you know, I’m a recovering politician and the longer I go without a relapse, the less likely one becomes.”