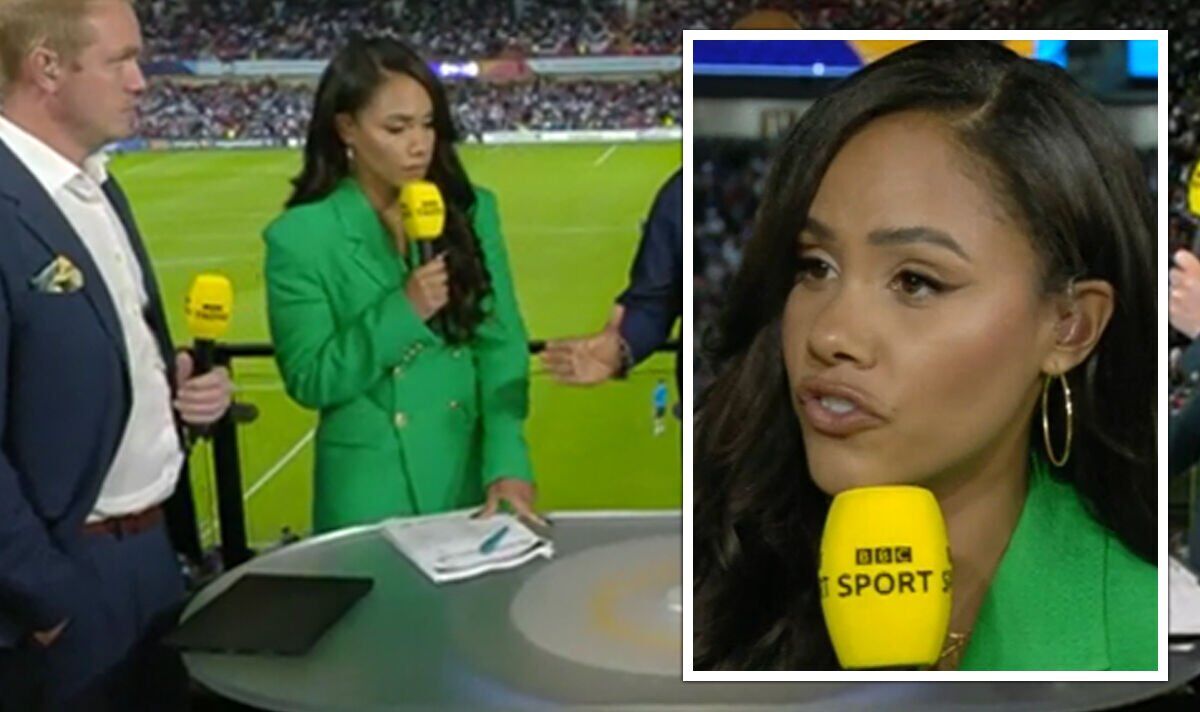 Alex looked incredible as she opted for a stylish green blazer dress that featured a structured neckline.

The sports broadcaster’s dark tresses flowed in loose waves down her back.

BBC viewers tuned into the semi-final match but were somewhat distracted by Alex’s appearance as they took to Twitter and reacted to her attire.

She shared a candid mic drop picture of England defender and goal-scorer as she praised the football team.

Social media users reacted as Mark wrote: “Omg – I have never wanted England in football to win so much as a Welshman as of tonight! Passion for shirt, amazing football – So much better watching than the men’s team #exciting #passion #vision everything! Come on England!”

Chris tweeted: “You did say that England needed to love the ball, clearly they listened to the great Alex :).”