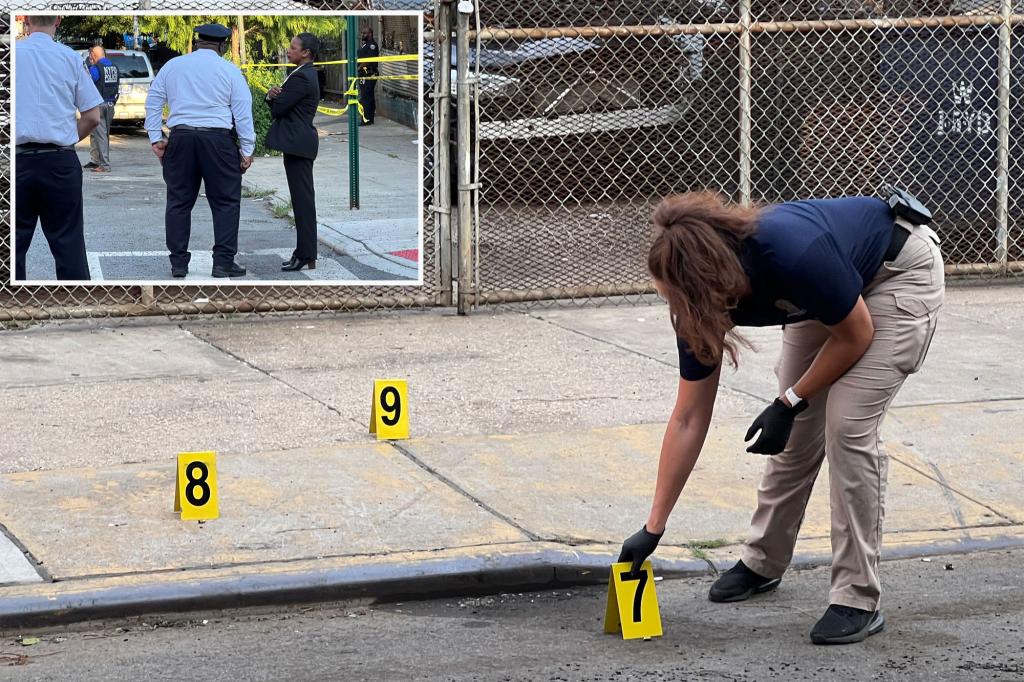 A teenage boy was arrested Monday and charged with murder in the shooting death of 14-year-old Justin Streeter in East Harlem last week, police said.

The 17-year-old suspect turned himself into police custody on Monday morning and was accompanied by his mother and lawyer at the time, according to sources and the NYPD.

He was charged with murder, attempted murder, two counts of assault and two counts of criminal use of a firearm in connection to last Tuesday’s fatal shooting on East 128th Street and Park Avenue, police said late Monday.

The NYPD did not release the teen’s name because he is a minor. He resides in Manhattan, police said.

Streeter was walking with a 15-year-old pal on East 128th Street when a gunman targeted them at about 4 p.m.

As the pair fled, a bullet struck Streeter in the head and his friend was hit in the leg and later taken to the hospital to be treated.

Streeter’s family left East Harlem and moved to New Jersey two years ago to live in a safer area, the slain boy’s father told CBS 2. The boy was back in Harlem to visit his grandparents when he was killed.

“So I feel I failed. I feel I failed, because the same thing I got him away from is what took his life,” grieving father Damon Streeter told the news outlet.