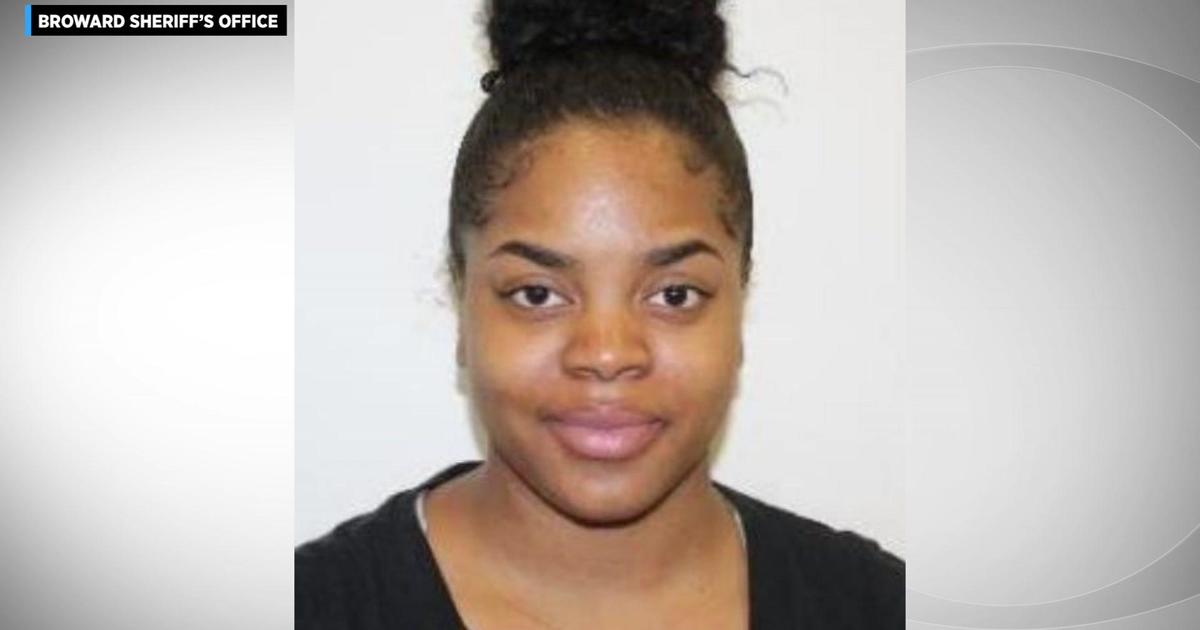 FORT LAUDERDALE – An arrest has been made in New York City for the murder of a 23-year-old Tamarac woman.

The sheriff’s office did not say what led to the capture but Thompson is charged with first degree murder. It’s not known when she will be extradited.

Friends and family members identified the victim as Kayla Hodgson.

An arrest affidavit obtained by CBS4’s Peter D’Oench said that Thompson was “demonstrating a depraved mind without regard for human life…by stabbing with a sharp object, with a premeditated intent to cause death.”

It happened at the Tamarac Village Apartment complex at NW 93rd Avenue and 57th Street around 3 p.m. on July 13th. The sheriff’s office said they received a 911 call about an unresponsive woman in a 2nd-floor apartment and when paramedics arrived, they discovered that Hodgson was no longer alive.

On July 25th, a warrant was issued for the arrest of Thompson.

Residents at the complex said they were relieved.

“I am very happy to hear about it because we were scared. We heard a lot of different stories about different people and I happen to live on the floor above her and I am very happy about this arrest. It makes me feel more secure that they finally arrested somebody. Making an arrest makes me feel a lot more comfortable. I feel terrible that this happened. It should not happen to anybody,” said Sheila Hernandez.

Residents had been hoping an arrest would be made.

On July 14th, Frederick Thomas, who lived near Hodgson, said, “We need some justice. The murderer needs to be caught. It’s as simple as that. It’s a life cut short. I feel bad. My prayers go out to the family.”

The sheriff’s office has not said what led to the fatal stabbing.

Peter D’Oench is a reporter for CBS4 News. He came to CBS4 from WKRN in Nashville.