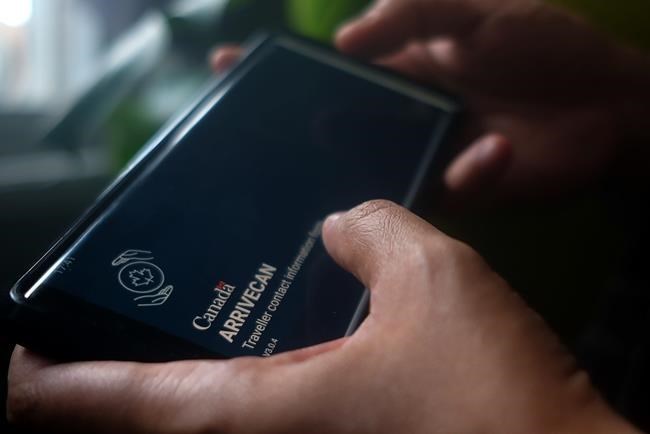 Calls to scrap the ArriveCan app continue from experts in technology and medicine as well as travellers, even after the federal government fixed a technical glitch that instructed some users to quarantine unnecessarily

While the defect was fixed last Wednesday, social media platforms are replete with posts from passengers complaining the app as a whole is not user-friendly.

The union representing border services agents estimates some 30 per cent of border crossers haven’t completed it, prolonging traveller processing times during what has been a chaotic travel season.

Dr. Andrew Morris, professor of infectious diseases at the University of Toronto, says he has “no idea” why Ottawa would continue to require the app, adding that random testing has “zero impact” on containing the spread of COVID-19.

The government announced last month that ArriveCan, where users input their travel information up to 72 hours before arrival in Canada, would be mandatory through at least Sept. 30.

Random testing, which is communicated through the email associated with an ArriveCan user, resumed at the country’s four largest airports last Tuesday barely five weeks after it was paused.

This report by The Canadian Press was first published July 25, 2022.