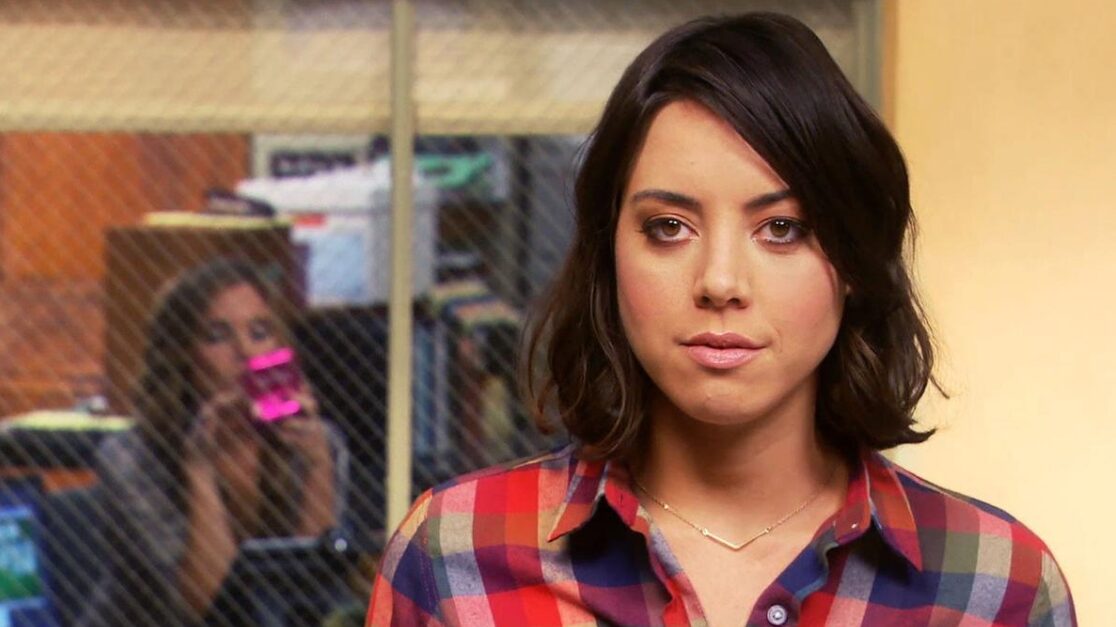 By James Brizuela
| Published 4 hours ago

Aubrey Plaza is arguably one of the funniest personalities when it comes to showing business. Her late-night talk show appearances are always hilarious, as she usually showcases her droll humor. Plaza was on The Tonight Show with Jimmy Fallon, where she shared the cover of MovieMaker Magazine, which is a promotion for her new film, Emily the Criminal. Based on the image of this magazine cover, famed director Edgar Wright mistakenly thought that Plaza had been cast as the new Lara Croft in Tomb Raider. It does make sense that he would make that mistake, as Fallon holds up an image of Angelina Jolie next to Plaza. You can see the clip of this happening below:

Edgar Wright thinking that Aubrey Plaza had been cast as Lara Croft would make sense, considering the rights to the franchise have now reverted back to the gaming company that owns Tomb Raider. This led to former Tomb Raider star, Alicia Vikander, announcing that she would not be returning to reprise the role of Lara Croft. No studio has purchased the rights for the next film, though we understand that it is in high demand. There are several studios involved in wanting to bid for the rights to reboot the movie franchise and bring in someone known as Lara Croft. Plaza is said to be fantastic in Emily the Criminal, which is another reason Wright believed she had been cast as Croft.

Aubrey Plaza has often played the same type of character in most of films and shows she has appeared in. The character usually has dry humor and is a bit melancholic, but she is said to show off her range in her newest film. We would honestly love to see her appear as Lara Croft. That would certainly shake up the franchise quite a bit. We would even be on board with the character if the new Tomb Raider film was turned into more of an action comedy. We could see Plaza playing a version of Croft that is super self-aware that she does not have a British accent.

For now, Aubrey Plaza is busy in her career, as she is in a recurring role for The White Lotus Season 2. She is also going to be starring in the FX adult animated series, Little Demon. She stars alongside Danny DeVito and Lucy DeVito. She will also lend her voice to The Ark and the Aardvark, a children’s animated film set for a 2024 release. Finally, Plaza is starring in a series called Olga Dies Dreaming, which is based on a novel by the same name by author Xochitl Gonzalez. Though she would be an interesting Lara Croft, it looks as though Plaza has a full schedule ahead.

Aubrey Plaza fans can check her out next on The White Lotus Season 2, which will be airing in October of this year. The new season of the hit HBO series follows another group of travelers that live out their dramatic lives while out on vacation. Maybe the above video and acceptance from Edgar Wright will lead to Plaza being considered for the role of Lara Croft. Crazier things have happened.