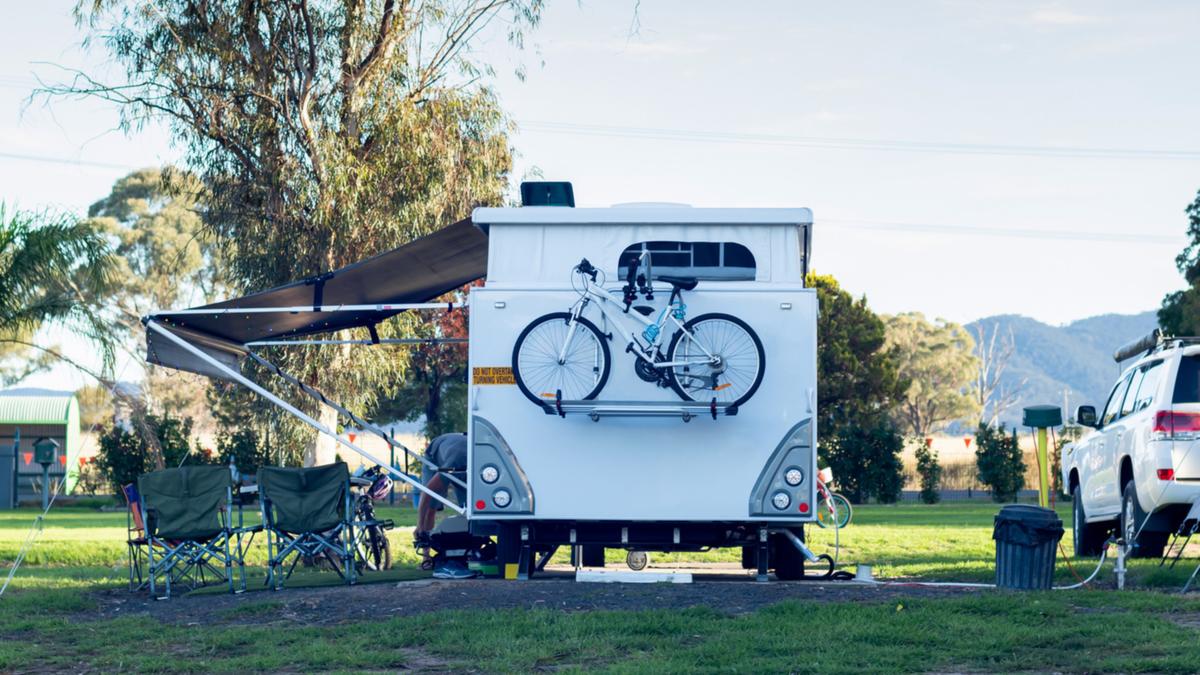 In a scheme that’s been described as Airbnb for caravans, owners are raking in thousands by hiring out caravans that would have otherwise sat idle.

Watch more on this story in the video above

They’re doing it through websites such as Camplify, a platform where users can hire a campervan, motorhome or caravan – and it’s helped them take advantage of the domestic travel boom, fuelled by COVID-19 border closures.

“It went a bit crazy to be honest, so it’s definitely helped us out financially,” said Queensland woman Stutt.

“It’s extra money, it feeds the kids, it pays for our holidays, the van pays for itself.”

Fellow Queensland woman Prince has been unable to work recently due to a health issue, so it’s been a godsend getting “passive income” from something that would have overwise been sitting in her driveway, “doing nothing, gathering dust.”

For now, most of the people hiring caravans through Camplify are holidaymakers, according to the platform.

But the trend of hiring out caravans begs a question: As tens of thousands of people across Australia face homelessness, and with an estimated 750,000 caravans and motorhomes in the country, could a similar formula be applied to help alleviate the rental crisis?

The benefits of caravans

There’s no doubt caravans can help people have a roof over their heads.

In the recent New South Wales floods, for example, Camplify partnered with the state government to launch a program to provide caravans for residents of flood-damaged homes in Woodburn in the Northern Rivers.

Michelle Weston, from the Caravan Parks Association of Queensland, said caravan park operators have been able to support people caught up in the housing squeeze, particularly in non-tourist areas.

“We’re in a really interesting space at the moment because vacancy rates are incredibly low, in terms of rental accommodation, but at the same time, going caravanning and camping has never been as popular than it is now,” she told 7NEWS.

“Caravan park owners want to help people who need that long term accommodation, but they’re having to balance that with the high occupancy that they receive through tourist bookings at the moment.”

She’s even seen parks rejig their configurations and move more towards rental accommodation.

Caravans might be a quirky fix to our housing crisis – but they’re not going to solve the problem entirely.

Weston says the idea of using caravans for housing is a limited solution given there’s “only so much” caravan accommodation available for long-term renting.

“With vacancy rates so low, I think the government needs to step up and look at how they can fill some of those gaps,” Weston said.

While she’s positive about the idea of community members making their caravans available, she’s worried it could distract from the bigger issue.

“If more people are seeking out caravans in backyards and caravan parks, it is a sign that the housing system cannot cope with demand,” she said.

Instead, she says, it’s vital to keep working on longer term, sustainable solutions.

“For most people living in a caravan is not a long term solution. It is at best a harm reduction measure. We know that wellbeing suffers if insecure housing becomes part of people’s every day struggle.”

Watch: Cruise ship stuck in massive swell with thousands of passengers on board