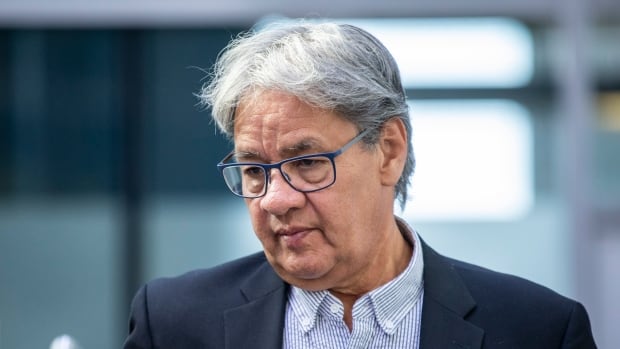 The B.C. Prosecution Service says a stay of proceedings has been directed in the sex assault trial of former provincial cabinet minister and Indigenous leader Edward John, 73.

The decision to halt the case in the B.C. Supreme Court in Prince George follows cross-examination of the complainant on four counts of sexual intercourse without consent dating back to 1974.

After a morning of cross-examination, the alleged victim, who was visibly upset, requested an early break, granted by Terence Schultes, after breaking down in tears under questioning from John’s defence lawyer, Tony Paisana.

Paisana had said there were inconsistencies between statements she provided to authorities about the alleged assaults, which were said to have occurred when John was executive director of the Doh Day De Claa Friendship Centre, where his accuser had a summer job.

The woman replied that the discrepancies were due to the stress she was under and that the memories became clearer as she talked about them.

The woman expressed frustration with Paisana’s questioning, prompting Schultes to intervene to try to calm her down.

Nearly an hour into the proceedings on Tuesday morning, she said: “I’m sorry, I need a break.”

Prosecutor Michael Klein met with the woman in an interview room and when Klein returned to the courtroom about an hour later, he told Schultes the case would not proceed against John, who has pleaded not guilty.

The B.C. Prosecution Service said in a statement the charges have been stayed because the charge assessment standard requiring a substantial likelihood of conviction was no longer met.

John, a lawyer and hereditary chief of the Tl’azt’en Nation, was appointed to the B.C. cabinet and served as minister for the Children’s Ministry in the New Democrat government between November 2000 and June 2001.

In a brief statement outside the courthouse, Paisana said John is “relieved to have his name cleared and relieved that he can get on with the rest of his life.” Paisana said John regretted missing the papal visit this week on account of the trial.