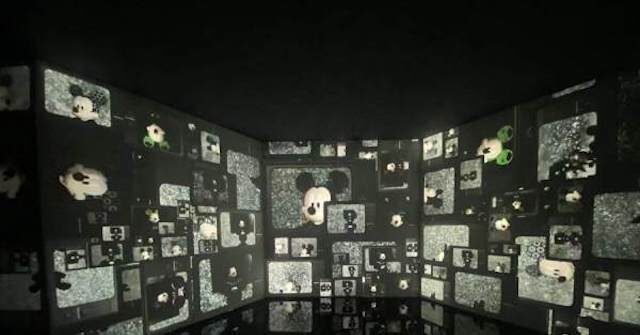 China’s Global Times state propaganda newspaper published a story promoting a Disney exhibit in Beijing on Monday in which the entertainment giant invited Communist Party-approved artists to reimagine Mickey Mouse in the context of “Chinese culture.”

The exhibition is an expansion of a project that began in New York to celebrate 90 years since the debut of Mickey Mouse. In China, the project – titled “Mickey: The True Original & Ever Curious” – toured the cities of Shanghai, Chengdu, and Shenzhen before landing in Beijing and is a joint project with an organization closely tied to the regime that identifies part of its mission as promoting the Communist Party interpretation of Chinese culture. According to the Global Times, the project is being “jointly held by Disney and Ullens Center for Contemporary Art (UCCA) Lab.”

UCCA Lab is a subsidiary of the UCCA Group, which describes itself as aiming “to bring China into global dialogue through contemporary art.” The art institution boasts accreditation from the Chinese government and collaboration with the Beijing Bureau of Civil Affairs and officials in the once autonomous but now completely usurped government of Hong Kong.

The Global Times covered the debut event of the exhibition in Beijing, where a Disney China official proudly declared that the project aimed to “combine Mickey and Chinese culture together.” The state propaganda outlet emphasized the appearance of government-approved “Chinese” reinterpretations of Mickey Mouse, implying they made the Beijing version of the show superior to those in the free world.

“In 2020 in Tokyo, the exhibition was further upgraded to what we see now. However, in addition to the important artworks displayed in Tokyo and New York, the Beijing exhibition will see 34 Chinese contemporary artists contribute their own new creations featuring brand new definitions of Mickey,” the Global Times reported.

Among the individual art pieces in the exhibition that caught the attention of the state outlet were the aforementioned taikonaut item and a piece that, “inspired by the Chinese people’s continuous exploration of time, space and universe from ancient times to the present … makes use of stones and mirrors to present a prototype of multi-dimensional space in Meteorite Mickey.” 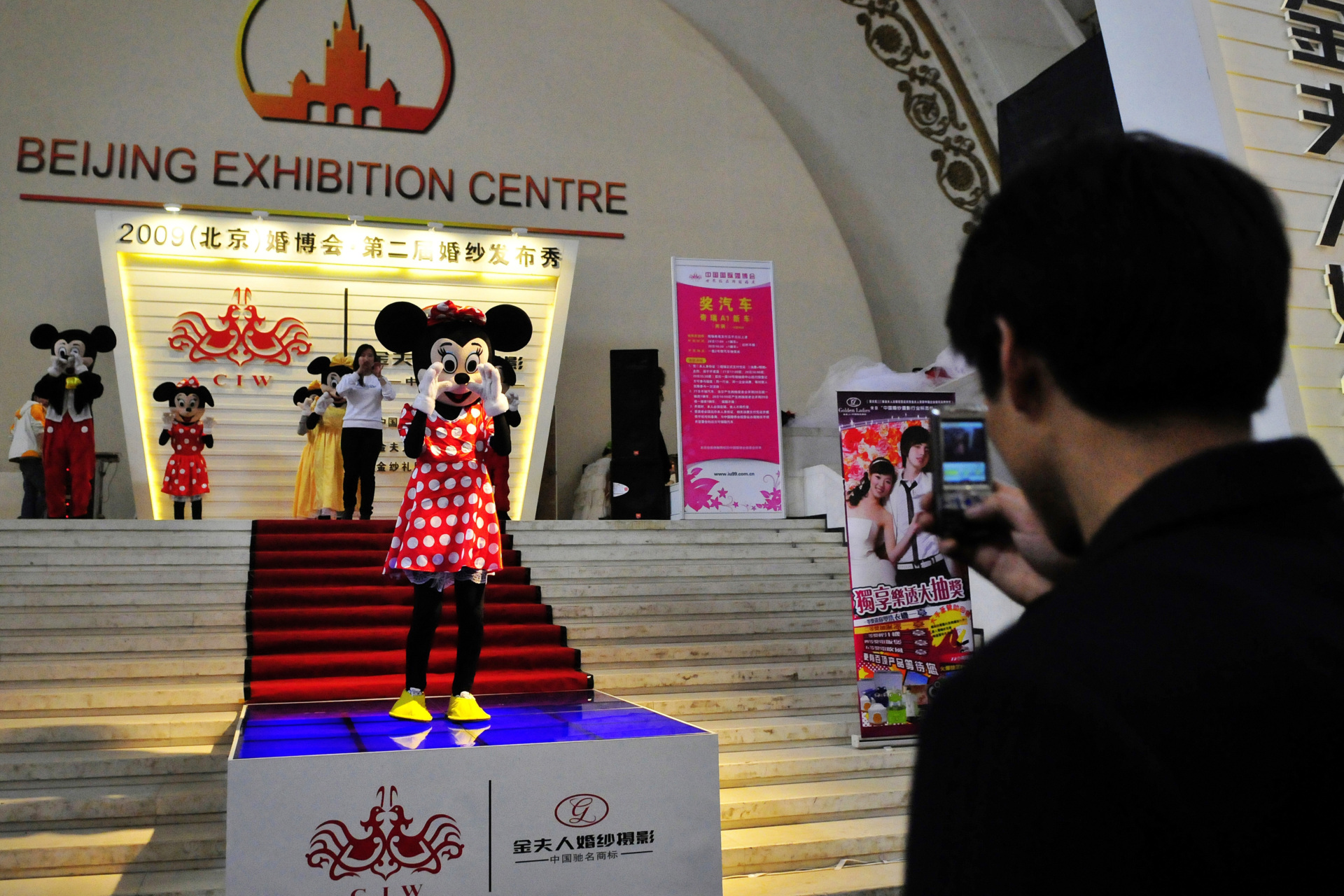 Wedding service promotion by Mickey Mouse at an annual wedding services exhibition in Beijing. Chinese lovers who prepare for marriage now compete with each other for the most unusual wedding photos and ceremony designs, leading to an exploding wedding market. (Zhang Peng/LightRocket via Getty Images)

“The exhibition design combines elements from modern urban life and traditional Chinese design, creating an immersive experience for visitors and guiding them to discover hidden spaces and surprises,” the Chinese regime site claimed.

The Chinese.org site shared more photos of various art pieces in the exhibition than the Global Times, including the apparent Mickey Mouse mass surveillance wall, titled “Tanzmaus-808.” The independent outlet Radii, which covers China, described the artpiece during a 2021 visit to the Shanghai version of the Mickey Mouse exhibition as “audio-visual” and noted that the images on the screen are accompanied by “face-melting electronic music.” It described the exhibition in general as “nightmarish.”

The exhibition is an expansion of what has become highly lucrative business for Disney with the Communist Party, which continues despite the long list of human rights atrocities that the Party is currently committing. In addition to disappearing, torturing, imprisoning, and otherwise persecuting political dissidents, extensive evidence compiled by human rights researchers has proven that the Communist Party is currently engaging in genocide against Muslim ethnic minorities in East Turkistan, particularly the predominant Uyghur group in the region. Eyewitness reports and leaked documents show the use of widespread sterilization and slavery to limit and repress the Uyghur population.

Disney filmed its 2020 live-action remake of Mulan, which flopped in China, in East Turkistan and –rather than using the opportunity to bring awareness to the genocide – thanked the repressive police forces in the region for their help in filming the movie during its end credits. Chinese state media nonetheless condemned the movie for being insufficiently “patriotic.”

Disney as a corporate entity has not taken a public stance against the Uyghur genocide and continued to source merchandise from China – despite experts asserting that cotton products from China are likely to be tainted by Uyghur slave labor – as recently as May of this year. On June 21, the Uyghur Forced Labor Prevention Act (UFLPA) went into effect in the United States, banning imports from East Turkistan unless the importer can prove that the imports were not produced by slaves.

In contrast to its cozy relationship with China, Disney announced in March it would suspend its much less lucrative business in Russia in response to Moscow’s escalation of an existing eight-year-old occupation of neighboring Ukraine. Disney had not made any significant business moves against Russia prior to March despite leader Vladimir Putin invading and colonizing Ukraine’s Crimea region in 2014.