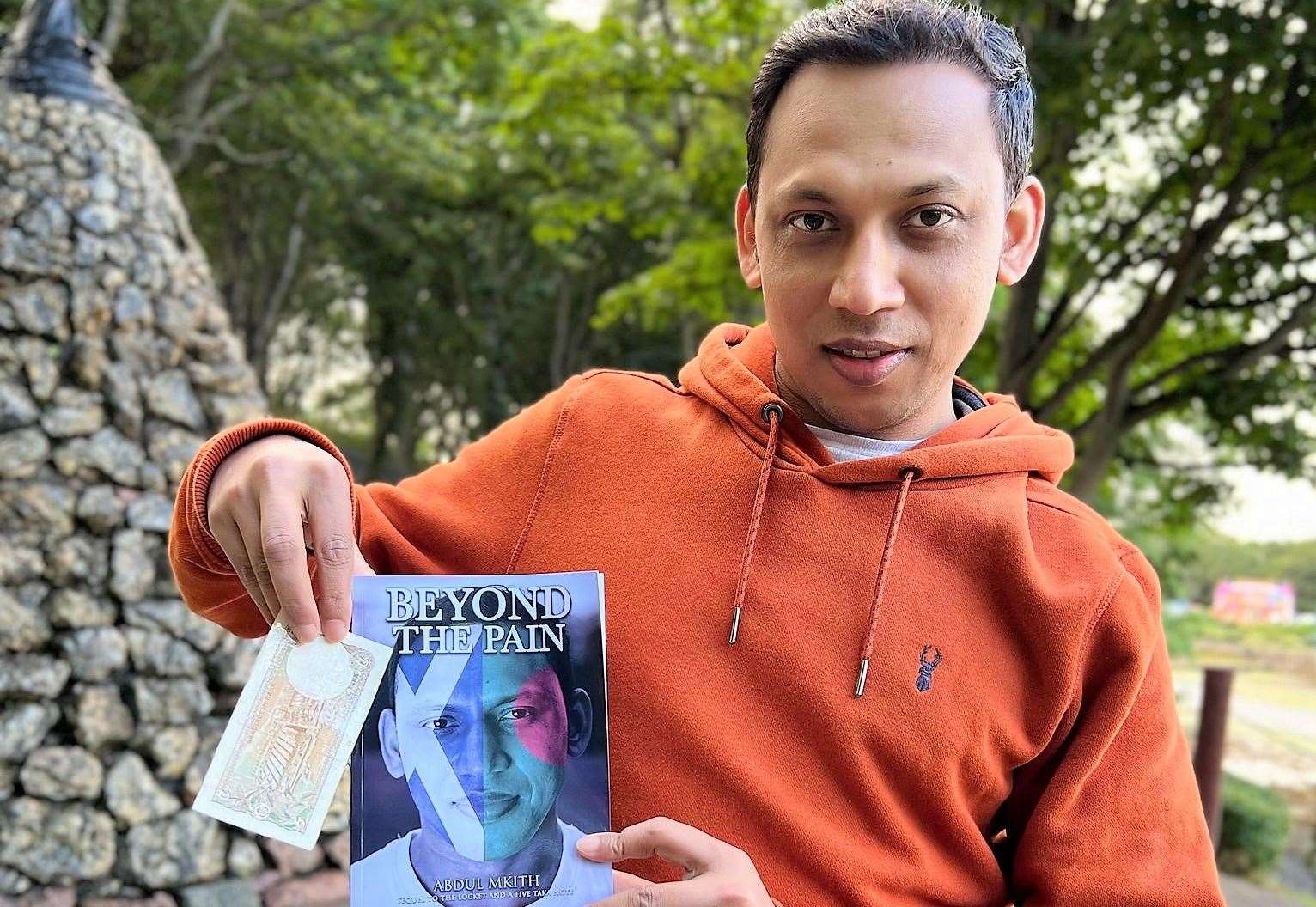 A victim of child trafficking who was forced to act as a drug courier is launching a new book about his life called Beyond the Pain which will be on sale at Wick Tesco on Saturday.

Abdul Mkith worked alongside Wick author Catherine Byrne to create a sequel to his bestseller book The Locket and a Five Taka Note which was published in 2017.

“This is a follow-up book that deals with mental health and how I improved my life thanks to the people of Wick,” Abdul told the paper.

The Locket and a Five Taka Note told the story of how he managed to turn his life around in Wick after he was forced to leave his home country of Bangladesh and fell under the control of gangs who made him transport drugs across the UK. In 2003, aged just 13, he was arrested by police in Ullapool in possession of drugs he had been forced to courier for gangsters. Gangs had tortured Abdul by shooting and stabbing him and even cut off one of his fingers while under their control.

After being cared for at a children’s home in Wick, he was fostered by Freddie and Patsy Anderson who helped him on the road to recovery.

The young man had missed out on years of education, so he dictated his story to local author Catherine Byrne who helped shape the hugely popular book. “I tell her the words and she brings everything together. She’s a good writer and knows what to do,” said Abdul. Catherine has written a variety of books, some based on her memories of life on the island of Stroma, that are available online at: www.amazon.co.uk/Catherine-M-Byrne/e/B005MZDJME/

“I live in Wick, got married and work offshore. My life is wonderful now.” Abdul said he does not know what would have happened to him if he had not been sent to the town after years of being abused and manipulated by the criminal gangs.

In The Locket and a Five Taka Note, Abdul tells the story of how his parents thought they were sending him away from danger only for him to end up under the control of gangsters. Apart from his clothes, the only possessions he brought to London, were a locket and a five taka note – Bangladeshi currency only worth a few pennies. The sequel, Beyond the Pain, will be on sale at Wick Tesco supermarket on Saturday (July 30) from 10am to 4pm where Abdul will sign copies and give out 400 five taka notes along with the books for readers to use as bookmarks.

The book is priced £9.99 and co-author Catherine Byrne will be at the launch as well.

Do you want to respond to this article? If so, click here to submit your thoughts and they may be published in print.