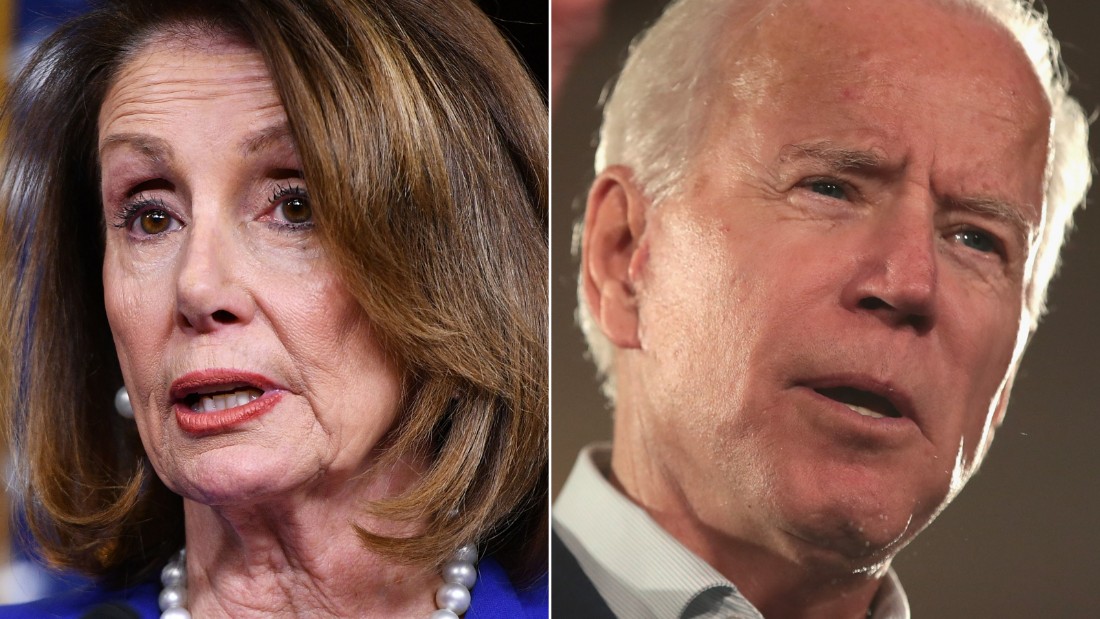 The possible trip is highlighting the concerns within President Joe Biden’s administration over China’s designs on Taiwan as Beijing has stepped up its rhetoric and aggressive actions toward the island in recent months, including sending warplanes into Taiwan’s self-declared air defense identification zone several times. US officials have expressed concern that those moves could be precursors to even more aggressive steps by China in the coming months meant to assert its authority over the island.

The war in Ukraine has only intensified those worries, as Biden and other top officials nervously watch to see what lessons China may be taking from the Western response to Russia’s aggression.

Meanwhile, China’s President Xi Jinping — with whom Biden expects to speak this week — is believed to be laying the groundwork for an unprecedented third term as president in the fall, contributing to the tense geopolitics in the region. Biden’s call with Xi was in the works before Pelosi’s potential visit to Taiwan became public, officials noted.

Administration officials have shared their concerns not only about Pelosi’s security during the trip, but also worries about how China may respond to such a high-profile visit. With China recently reporting its worst economic performance in two years, Xi finds himself in a politically sensitive place ahead of an important meeting regarding extending his reign and could use a political win, multiple officials told CNN.

While Biden’s aides have ideas about how he could potentially respond, they aren’t sure which direction the Chinese leader will choose.

It is against that highly charged backdrop that Pelosi has proposed visiting Taiwan with a congressional delegation, a trip that she has so far declined to confirm publicly. But that has not stopped China from lashing out, saying a visit would violate US policy toward the island.

“China demands the US take concrete actions to fulfill its commitment not to support ‘Taiwan independence’ and not to arrange for Pelosi to visit Taiwan,” Ministry of Defense Spokesperson Tan Kefei said Tuesday in response to questions over Pelosi’s reported trip to Taipei.

“If the US insists on taking its own course, the Chinese military will never sit idly by, and it will definitely take strong actions to thwart any external force’s interference and separatist’s schemes for ‘Taiwan independence,’ and resolutely defend national sovereignty and territorial integrity,” Tan added.

Because Pelosi is in the presidential line of succession, the administration takes extra care for her security when she travels overseas, the White House said Tuesday.

That includes establishing a footprint on the ground based on the location and environment, sometimes using military resources, according to John Kirby, the communications coordinator at the National Security Council.

“We take those obligations seriously,” Kirby said, even as he reiterated Pelosi has not announced any travel plans to visit Taiwan.

Administration lays out the risks for Pelosi

Behind the scenes, Biden administration officials have been working to spell out the potential risks of a visit in meetings with Pelosi and her team.

Pentagon officials briefed the speaker last week about Taiwan and the heightened tensions in the region, according to people familiar with the matter. White House officials were also present for the briefing.

The President let slip last week that the US military was opposed to Pelosi visiting Taiwan now, but the White House has refused to expand on his comments. Even Pelosi said during a news conference last week that she wasn’t sure precisely what Biden meant.

“I think what the President was saying is that maybe the military was afraid of my plane of getting shot down or something like that. I don’t know exactly,” she said.

The White House said Tuesday it was providing Pelosi information about her potential travel.

“I’ll let the speaker talk about her travel plans. Our job is, of course, to make sure she has all the context and information before she travels anywhere. But that kind of rhetoric coming out of the Chinese side is clearly unhelpful and not necessary,” Kirby said on CNN’s “New Day.”

“There’s no call for that kind of escalatory rhetoric,” Kirby added. “Again, none of this has to devolve into conflict. Nothing’s changed about our policies with respect to One China or supporting Taiwan’s ability to defend itself. So, there’s no reason for this to be escalated, even just in rhetoric.”

Administration officials are concerned Pelosi’s trip comes at a particularly tense moment, as Xi is expected to seek an unprecedented third term at the upcoming Chinese Communist Party congress. Chinese party officials are expected to begin laying the groundwork for that conference in the coming weeks, putting pressure on the leadership in Beijing to show strength.

Officials also believe the Chinese leadership don’t completely grasp the political dynamics in the United States, leading to a misunderstanding over the significance of Pelosi’s potential visit. The officials say China may be confusing Pelosi’s visit with an official administration visit, since she and Biden are both Democrats. Administration officials are concerned that China doesn’t separate Pelosi from Biden much, if at all.

Instead, the politics surrounding the potential trip have become somewhat reversed. A number of Republicans have encouraged Pelosi to go ahead with her plans, arguing it would be a strong stand against China, including former Secretary of State Mike Pompeo.

“Nancy, I’ll go with you. I’m banned in China, but not freedom-loving Taiwan. See you there!” Pompeo tweeted this week.

Pelosi has long cultivated a tough-on-China stance. She issued a strong statement in June on the anniversary of the Tiananmen Square massacre reminding everyone she helped unfurl a banner there two years after the massacre reading, “To those who died for democracy in China.”

Biden, who has sought to stabilize ties with China through regular conversations with his counterpart, is planning a phone conversation with Xi this week in which the issue of Taiwan could likely arise.

He last spoke to Xi in March, when he worked to convince the Chinese leader not to support Russia amid its invasion of Ukraine. Officials have been watching closely how Beijing responds to the invasion, hoping the mostly united Western response — including a withering set of economic sanctions and billions of dollars in arms shipments — proves illuminating as China considers its actions toward Taiwan.

Kirby indicated Tuesday that China is observing the global response to Russia’s invasion of Ukraine as it plots next steps in Taiwan, saying, “I’m sure they’re watching this in real time” but that there was “no reason for this to devolve into any kind of conflict.”

US officials believe there’s a small risk China would miscalculate in responding to a Pelosi visit. Biden administration officials are concerned that China could seek to declare a no-fly zone over Taiwan ahead of a possible visit as an effort to upend the trip, potentially raising tensions even further in the region, a US official told CNN.

That remains a remote possibility, officials said. More likely, they say, is the possibility China steps up flights further into Taiwan’s self-declared air defense zone, which could trigger renewed discussions about possible responses from Taiwan and the US, the US official added. They did not detail what those possible responses would entail.

While the administration has not, and does not, plan to officially tell the speaker not to travel to Taiwan, officials have been frank in the briefings about the risks associated with a trip. People familiar with the matter say their hope is to quietly convince Pelosi of the trip’s risks without explicitly telling her not to go.

In the end, the speaker will make her own decision, Biden officials noted.