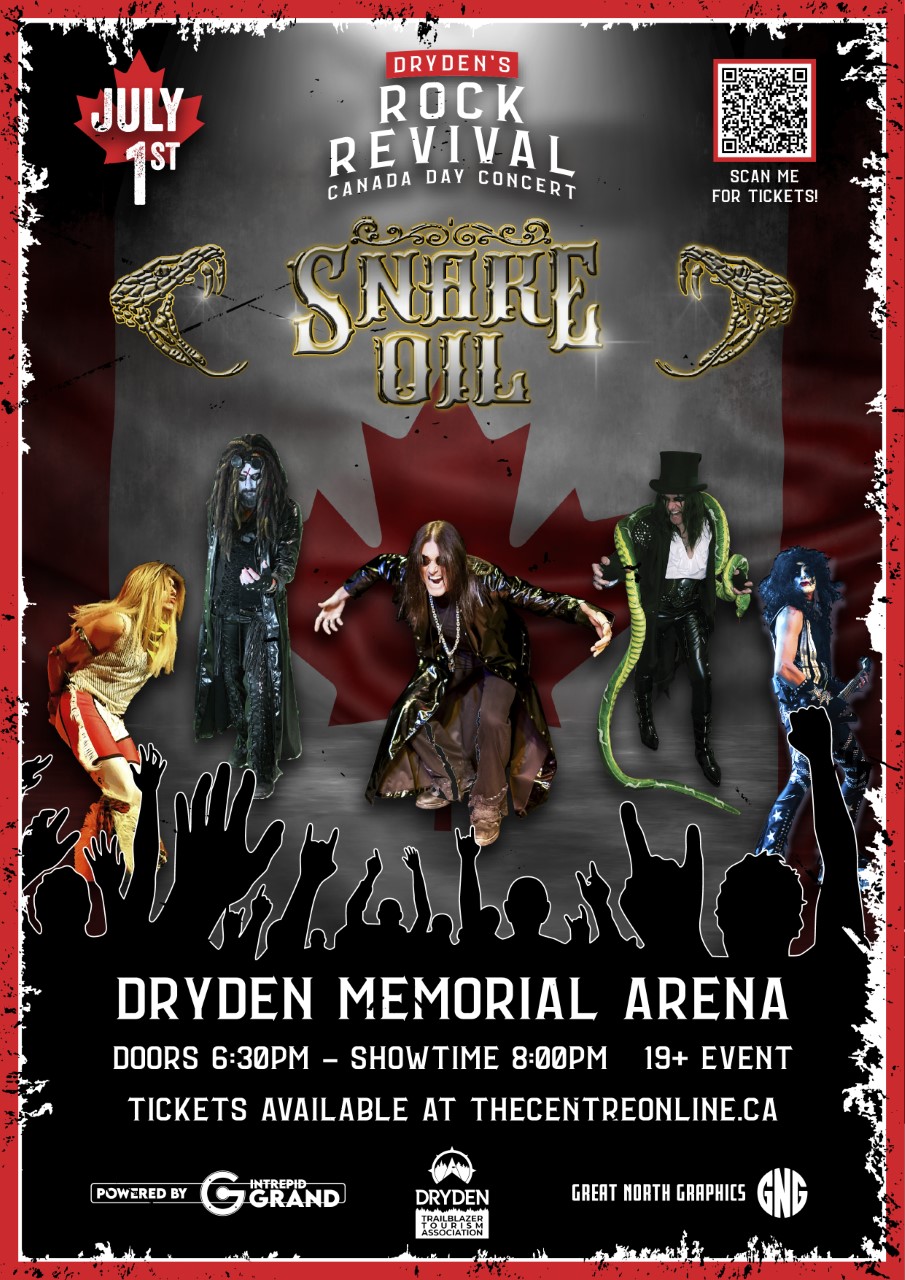 Canada Day will be rocking in the City of Dryden.

Bill Nelson is with the Dryden Rock Revival Committee and he was a guest on the CKDR Morning Show Tuesday.

Nelson says they are hoping to bring in people from all over Northwestern Ontario for an unforgettable night.

Nelson says it’s great to have in-person events back.

“It has been a very difficult two years for everyone. Mental health has been very difficult. Everybody has been locked up for two years. We need to have that some sort of social event where everyone is gathering. We are very social creatures.”

Early bird tickets of $25 are available until the end of the day Thursday.

You can purchase them now at The Centre Online

The Dryden Trailblazer Tourism Association spearheaded this concert and made it possible for July 1 celebrations.

To hear more from Bill Nelson and the Snake Oil concert at the Dryden Memorial Arena, visit the Audio link below: