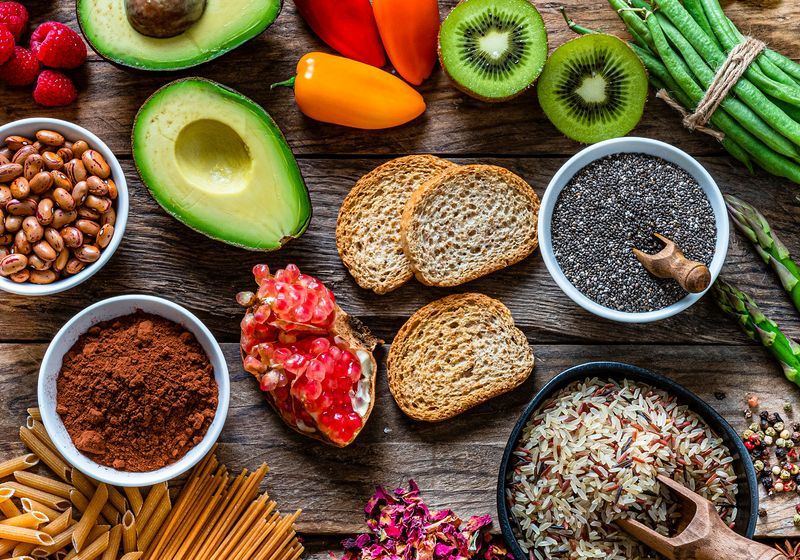 From the outset we knew we wanted to organize this book around specific fad diets like Paleo and Clean Eating. For most people, a diet is a belief system about food (often named or branded) that they imagine they have freely chosen and put into practice. We knew that organizing this book around recognizable, popular diets would make the most intuitive sense to readers. Yet as we wrote, we found ourselves often repeating our ideas chapter after chapter, and this repetition reinforced one of our strongest observations: The same fears, beliefs, and fantasies underpin nearly all diets, even when the diets appear radically different. That is the central argument of this book: that all fad diets are driven by the same engine of wishes and fantasies that repeat themselves not only across diets but also across historical eras.

Rather than repeat these themes and ideas in every chapter, we’ve chosen to discuss in this first chapter the key concepts that explain the general appeal of fad diets and some of the universal truths underlying all of them. We draw from food studies—an interdisciplinary and expansive field that incorporates history, sociology, anthropology, psychology, geography, economics, and other disciplines. Here we briefly introduce some of the major scholars and texts relevant to each concept. Later, in the diet chapters, we will select the most salient themes and apply them to the specific diet in question, with the goal of moving readers toward thinking like anthropologists and psychologists with regard to diet culture and behavior.

Americans are more interested in diets than people from many other cultures and are more likely to consider their diet a significant part of their identity. Americans have a strong sense of rights related to freedom and liberty, especially “freedom from” and “freedom to.” “Freedom from” indicates that individual actions won’t be constrained by obstacles (social, political, or cultural), while “freedom to” expresses the individual’s right to act, including in his or her own interest. While these concepts are deeply social, cultural, and legal, many Americans see them as largely concerning the self and the rights of the individual, that is, as a guarantee of self-determination. Nowhere have we seen this attitude more clearly than in the recent mask-wearing culture wars of the coronavirus pandemic.

These beliefs can devolve into a conviction that one has the right not to be constrained and the right to do as one pleases. This idea of the highly individualized self accompanies the belief in and wish for self-actualization, transformation, and autonomy: that is, the ability of the individual to alter both the self and the contextualizing world. Americans are highly individualized, and many view the individual self as a lifelong project of improvement and perfection. We can see evidence for Americans’ prioritization of personal growth and self-transformation in the popularity of self-help books, therapy, and makeover shows.

This belief in the power of personal growth depends on the idea that we can control our behavior, tame our bodies, and manipulate our personal fortunes and destinies. These might seem like universal or innate personality characteristics, yet they are actually quite unique and culturally specific. Many people around the world do not see themselves as in control of their fate and instead see themselves as at the mercy of larger economic, cultural, and environmental forces. The freedom to choose one’s own spouse, profession, or home, for example, is foreign to a great many people on the planet. By contrast, most Americans believe that individuals have sole control over their success in life or over their destiny. When the Pew Research Center recently surveyed people in forty-four countries, 57 percent of Americans disagreed with the statement that “success in life is pretty much determined by forces outside our control.” That’s a higher percentage than in most other nations and far above the global median of 38 percent.

In fact, according to the political historian Daniel Rodgers, the American belief in personal control over the world even increased during the last few decades, as “conceptions of human nature that in the post–World War II era had been thick with context, social circumstance, institutions, and history gave way to conceptions of human nature that stressed choice, agency, performance, and desire. Strong metaphors of society were supplanted by weaker ones. Imagined collectivities shrank; notions of structure and power thinned out.” Such cultural shifts away from the collective and toward the individualistic reveal that many Americans would refute the idea that “no man is an island,” that no one is truly self-sufficient, and that everyone must rely on others to thrive. A later chapter will show that social influences over the self are repeatedly rejected in rationalizations for adopting the Paleo diet, especially by men who belong to alt-right or “men’s rights” groups; the desire to dominate is often linked to a belief in an essentialist “cave man” nature as part of their construction of ideal masculinity.

While there is wide variation among Americans on locus of control (as for any personality characteristic), the Pew study indicates that Americans may have the strongest internal locus of control of any culture in the world. Naturally, this fact has implications for how Americans view diet, nutrition, and the body. Locus of control has been studied extensively by health psychologists. The Dieting Beliefs Scale assesses expectations about whether weight is determined by factors outside one’s control, such as luck or genes, versus the expectation that one can control one’s own weight through willpower and effort. Researchers have not proven this empirically, but based on what we do know about dieting beliefs and culturally mediated locus of control, we suspect that Americans have a very strong “weight internal locus of control.” If we did not, how could we explain the billion-dollar diet industry? We buy diet books, join weight loss programs, and eat special foods because we believe that these are tools that will help us change ourselves.

History helps us understand how and why Americans embrace fad diets, as Warren Belasco has demonstrated with his masterful books Appetite for Change: How the Counterculture Took on the Food Industry and Food: The Key Concepts. The latter introduces readers to important ideas in food studies and outlines the unique relationship that Americans seem to have with obesity and dieting, reminding readers that we annually spend an enormous amount of time and money on diets. Belasco attributes this obsession with dieting to core American cultural traits such as belief in individual perfectibility and willpower, the ability to control nature, and the priority of youth; a mechanistic view of the body; the Protestant work ethic; and faith in consumer capitalism. Together these attributes point to a cultural belief system that sees the body as infinitely malleable, that makes an individual naturally responsible for his or her bodily shape and, indeed, morally culpable if not appropriately and youthfully thin. And because Americans believe in the capacity of purchased goods and services to solve problems, create identity, and craft the body, it is inevitable that diets arise out of consumer processes and structures. A diet does not exist on its own, free of purchasable goods and concepts; it is created and validated by the books, ad-filled blogs, diet amendments, products, and retail foods that constitute its consumerism. Without the option to purchase and create self-identity through brand allegiance, the diet might have no meaning and thus no followers. So a diet is not just a set of behaviors but a belief system, a consumer product, and a social identity.

Excerpted from Anxious Eaters: Why We Fall for Fad Diets by Janet Chrzan and Kima Cargill. Copyright ©2022 Columbia University Press. Used by arrangement with the Publisher. All rights reserved.