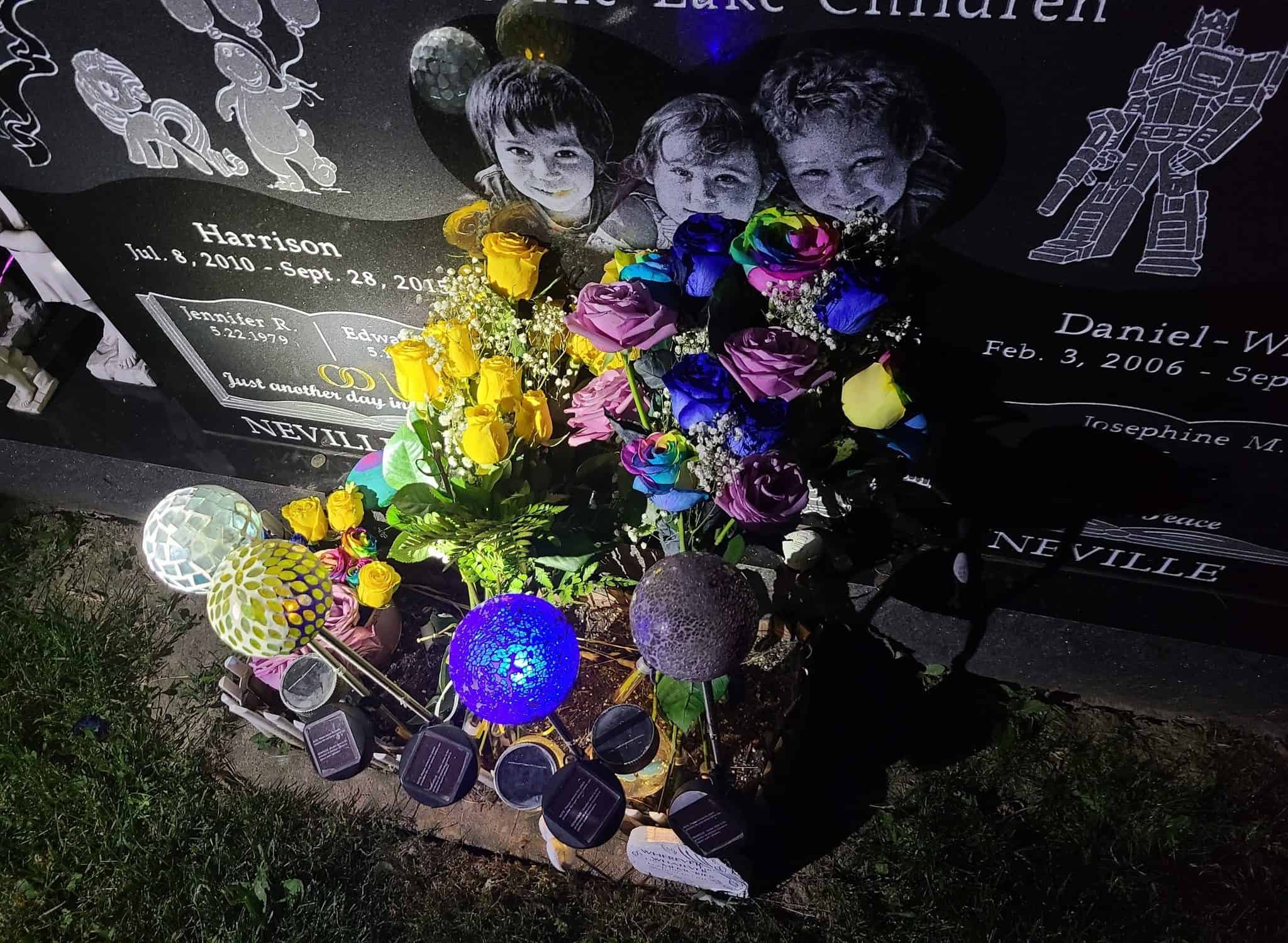 The mother of 9-year-old Daniel, 5-year-old Harry and 2-year-old Milly Neville-Lake, killed by a drunk driver in Vaughan in 2015, posted a photo of the children’s headstone on Twitter on Father’s Day, 2022.

Edward Lake was arrested and Tasered by police officers at his Brampton home on Father’s Day, on what would be his last day alive.

Peel Regional Police confirmed reports that on Sunday officers were called to the home of Lake, whose three young children and father-in-law were killed by drunk driver Marco Muzzo in 2015. Lake was charged with one count of assault and released into the custody of paramedics who took him to a hospital, where he was assessed and later released.

Lake was found dead on Monday. Reports on CP24 and Global News have said Lake died by suicide.

The call to police was “investigate a an altercation” at the home of Lake, said Const. Heather Cannon, a spokesperson for Peel police. The responding officers were informed police had been to Lake’s home before, but the call was “not directly related” to mental health.

“We are aware of and saddened by Mr. Lake’s tragic death, as well as the tragic circumstances that this family has faced,” Const. Cannon. “We have attended Mr. Lake’s residence previously, however for privacy reasons, we are not in a position to share those details.

“We can confirm that on Sunday we received a call for service to attend Mr. Lake’s residence. The call was to investigate a an altercation at the home. While there was no indication that the call was directly related to mental health, the Officers who attended were appropriately made aware of Mr. Lake’s history and previous interactions.

“When officers arrived on the scene, an altercation occurred between Mr. Lake and the officers, which resulted in a Taser being deployed. As a result, paramedics were called.”

Like most police services, Peel has a Mobile Crisis Rapid Response Team or a Crisis Outreach and Support Team. Those are intended to assist in cases where people are having mental health crises.

The officers notified Victim Services of Peel about the incident, and Lake was given their contact information.

“Peel Regional Police had no further interaction with Mr. Lake once he was transported to the Hospital,” Cannon added.

That day, the children’s mother, Jennifer Neville-Lake, wrote a Twitter post that seemed to indicate how the family was still deeply affected by the loss of their children.

Nine-year-old Daniel, 5-year-old Harry and 2-year-old Milly Neville-Lake, as well as their grandfather 65-year-old Gary Neville, died Sept. 27, 2015 in Vaughan after the van they were in was struck at an intersection by Muzzo. Two other family members, were seriously injured.

It was later discovered that Muzzo, who went through a stop sign, had about three times the legal limit of alcohol in his system at the time. He was driving from Pearson International Airport after attending a bachelor party in Miami.

The City of Mississauga slightly renamed a park named after his late grandfather and namesake, a highly respected property developer, in order to avoid confusion.

In February 2021, Marco Muzzo received full parole. One condition of his parole was to stay out of Brampton.

“I’m not asking for forgiveness and nor do I ever expect it,” he said at his parole hearing last year.