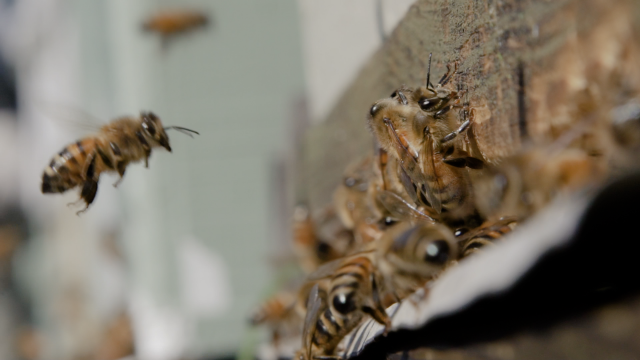 Beekeepers in Brimbank have ever increasing concerns regarding the Varroa mite that has been detected in NSW and could be detrimental to the industry.

The mite itself when attached to a bee can spread diseases that will weaken the bees, cause difficulty flying and spread viral diseases between the bees that often results in the death of the bee.

North Western bee club secretary Roger Mitchell said, “So far, it’s only been discovered in areas in New South Wales, which are now emergency zones and bee hives are being eradicated and so on.

“There’s no evidence of it in Victoria yet, we are being asked as beekeepers to do three different types of tests just to check our hives to see whether there are mites present,” said Mr Mitchell

One of the tests include a ‘sugar shake’ where bees are dusted in icing sugar and this results in mites falling off the bees body and unable to reattach itself, meaning the beekeepers can dispose of the deadly mite.

The North Western Beekeeping society includes individuals who are hobby beekeepers but also those who make a living from the industry.

“It’s really just a really crucial stage we’re at because it could cost millions and millions of dollars but also it could just change the whole beekeeping industry,” said Mr Mitchell.