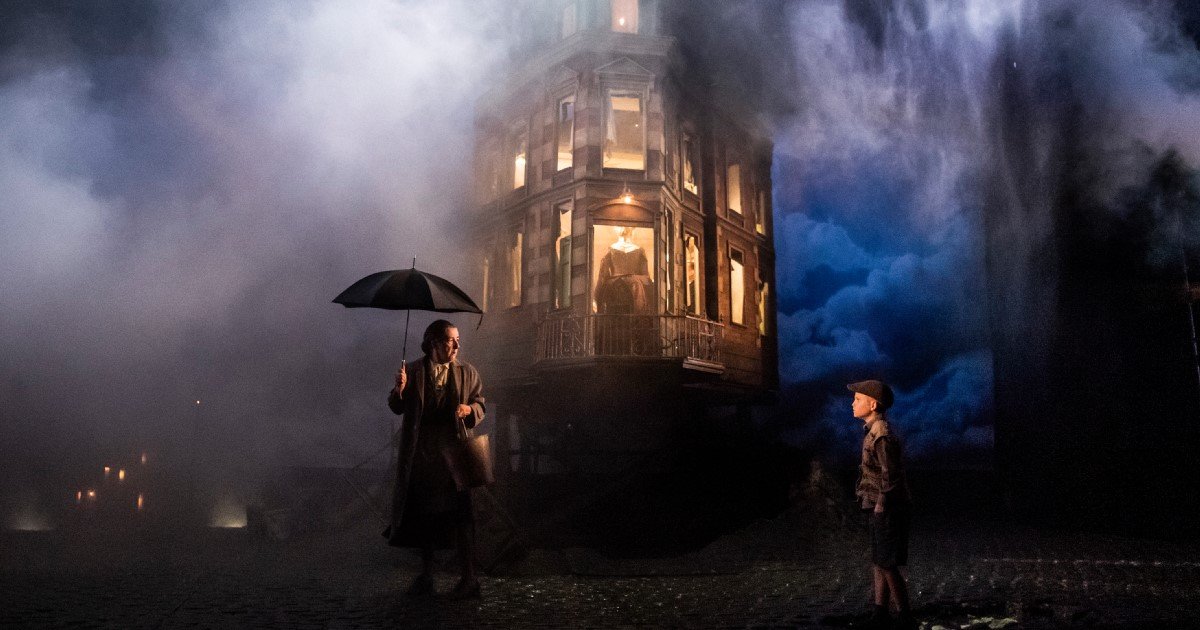 Liam Brennan returns to an Inspector Calls having played the role of Inspector Goole during previous UK tours. His other theatre credits include Richard III and Twelfth Night at Shakespeare’s Globe, and Diary of a Madman at The Gate, for which he was awarded Best Actor at the Edinburgh Festival in 2016.

Jeff Harmer’s credits include playing Berrard in the national tour of Bird Song. His other theatre credits include Fox on The Fairway, Out Of Order, Donkey’s Years, Romeo & Juliet and As You Like It.

Simon Cotton is probably best known for his role as Hugh Bryant on ITV’s Emmerdale, his other television credits include NBC’s Hanna, Murder Maps and Doctors. His theatrical credits include A Clockwork Orange at the Park Theatre. On film he has been seen in The Rise of the Krays and The Fall of the Krays, The Unseen and Undercover Hooligan.

Evlyne Oyedokun’s theatrical credits including Key Workers Cycle at the Almeida, Perspective – New Views at the National Theatre, Rosencrantz and Guildenstern are Dead at the Old Vic and The Cherry Orchard at Nottingham Playhouse.

George Rowlands’ theatre credits include Parliament Square at The Unicorn Theatre, The Boy With The Bee Jar at The Hope Theatre and Macbeth with Quarter Too Ensemble.

In the 30-years since its first performance at the National Theatre in 1992, Stephen Daldry’s production of An Inspector Calls has won a total of 19 major awards, including four Tony Awards and three Olivier Awards, and has played to more than 5 million theatregoers worldwide. An Inspector Calls is the most internationally-lauded production in the National Theatre’s history.

Written at the end of the Second World War and set before the First, An Inspector Calls is a compelling and haunting thriller. The story begins when the mysterious Inspector Goole calls unexpectedly on the prosperous Birling family home. Their peaceful family dinner party is shattered by his investigations into the death of a young woman.

Now world-renowned as one of Britain’s leading theatre and film directors, Stephen Daldry has received Academy Award nominations for his films The Reader, The Hours, Billy Elliot and Extremely Loud and Incredibly Close. His recent West End theatre work includes David Hare’s Skylight at the Wyndham’s Theatre and Peter Morgan’s The Audience at the Apollo Theatre. His multi-award-winning production of Billy Elliot The Musical ran for 11 incredible years at the Victoria Palace before embarking on a national tour.

Featuring Ian MacNeil’s ingenious designs, music by Oscar-winning composer Stephen Warbeck (Shakespeare in Love) and atmospheric lighting by Rick Fisher, this landmark production is guaranteed to have old fans rushing back and new theatregoers being swept away into the mysterious world of Inspector Goole.

AN INSPECTOR CALLS is directed by the world-renowned theatre and film director Stephen Daldry. Stephen’s many theatre credits include The Audience, Skylight and Billy Elliot The Musical. His film credits include The Hours, The Reader and Billy Elliot, all of which earned him Academy Award nominations for Best Director. Most recently he has directed several episodes of the Netflix smash hit series The Crown, for which he is also Producer.

AN INSPECTOR CALLS is designed by Ian MacNeil, with music by Academy Award winning composer Stephen Warbeck and Lighting by Rick Fisher.