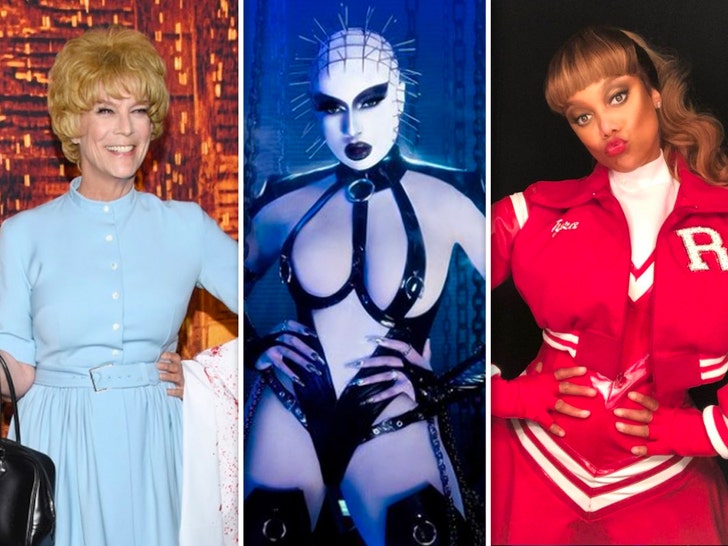 And it’s interesting … with all the Facebook drama, guess who also showed up – Winklevoss bros! They are dressed as astronauts outside this world. And, Olivia Jade and sister, Isabella, appeared in “Black Swan” costumes, though they certainly missed an opportunity, right? Rowers would have been great !!!

Beck appeared as a cowboy, and Simon Rex came in a “Top Gun” lineup for another party deep inside the Hollywood Hills. “13 Reasons Why” actor, Ross Butler, kept things honest as the sheriff.

And now let’s go to The Reserve in Downtown LA, where Rich the Kid took a Michael Myers look and Austin Mahone wore, we-knew-someone-would-wear-that tracksuit.