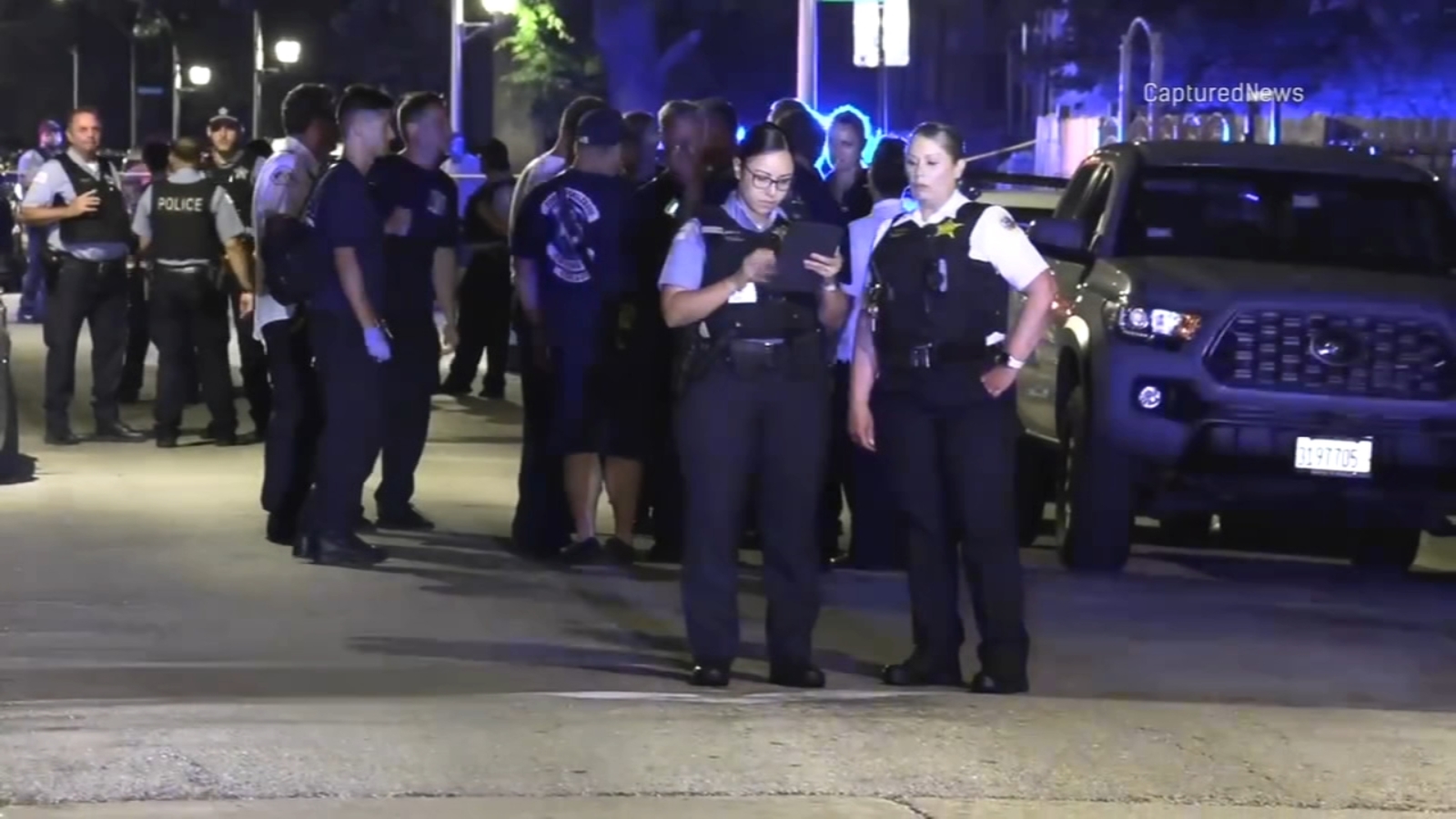 CHICAGO — Sixty-five people were shot, five fatally, in shootings across Chicago over the weekend, police said.

A 16-year-old boy was near a parking lot in the 5900-block of South Indiana Avenue in the Washington Park neighborhood when he was shot in the abdomen around 6 p.m., Chicago police said. The teen was rushed to Comer Children’s Hospital, where he was pronounced dead, police said.

Earlier in the day, a few blocks away, a man and a 25-year-old woman were arguing in the 5400-block of South Winchester Avenue around 3:30 a.m. when a 37-year-old man tried to intervene. The other man pulled out a gun and opened fire, striking the 37-year-old in the head, police said. He was pronounced dead at the scene. The woman was shot in the armpit and taken to the University of Chicago Medical Center, where her condition was stabilized, police said.

Three people were wounded, one fatally, while changing a tire about 3:20 a.m. in the 3300-block of West Harrison Street. Someone got out of a dark SUV and opened fire on them, police said. A man, 30, was shot in the face and pronounced dead at the scene. Another person suffered multiple gunshot wounds and was taken to Mount Sinai Hospital, police said. A third victim was also shot multiple times and taken to Mount Sinai Hospital. Both were in critical condition.

On Saturday, a man was fatally shot at a party in Logan Square. Someone pulled out a handgun during an argument and shot Carlos Villagomez, 34, in the head at the gathering in the 3700-block of West Fullerton. He was taken to Advocate Illinois Masonic Medical Center, where he died at 1:50 a.m., according to police and the Cook County medical examiner’s office.

Less than an hour later, four people were wounded in East Garfield Park – the fourth mass shooting in the area in the last three months. About 1:45 a.m., a group of people were standing in the street in the 2700 -lock of West Jackson Boulevard when a black truck approached and someone got out and began firing a rifle, Chicago police said. All four were taken to nearby hospitals in good condition.

About 3:15 a.m., two women were shot and wounded along a popular Old Town nightlife stretch on the Near North Side. Chicago police officers on foot patrol heard shots and found the two women in the first block of West Division Street, police said. Both were taken to Northwestern Memorial Hospital in good condition. A suspect was taken into custody after a brief chase and a weapon was recovered, police said. No charges have been announced.

Eight people were killed and at least 17 others, including an off duty Chicago police officer, were wounded by gunfire across Chicago last weekend.

ABC7 Chicago contributed to this report.