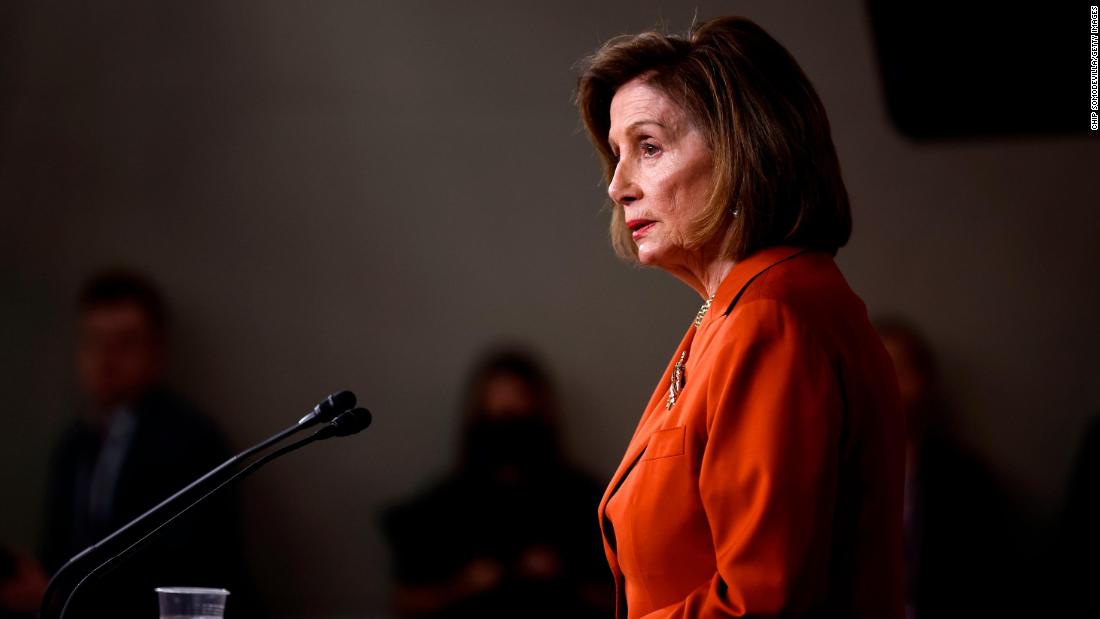 But last week, China’s warnings against a potential trip by US House of Representatives Speaker Nancy Pelosi’s to Taipei appeared to have caused concern in Washington.

Since then, a flurry of remarks from US officials have only added to the sense of alarm.

On Wednesday, US President Joe Biden told reporters the US military thinks a Taiwan visit by Pelosi is “not a good idea right now.” On Thursday, Pelosi said it’s important to show support for Taiwan but declined to discuss any travel plans citing security.

“I think what the President was saying is that maybe the military was afraid of my plane getting shot down or something like that. I don’t know exactly,” Pelosi said.

On Sunday, former US Secretary of State Mike Pompeo also weighed in, offering to join Pelosi on her reported trip.

“Nancy, I’ll go with you. I’m banned in China, but not freedom-loving Taiwan. See you there!” Pompeo wrote on Twitter.
In private, Biden administration officials have expressed concern that China could seek to declare a no-fly zone over Taiwan to upend the possible trip, a US official told CNN.

The Chinese government has not specified in public what “forceful measures” it is planning to take, but some Chinese experts say Beijing’s reaction could involve a military component.

“China will respond with unprecedented countermeasures — the strongest it has ever taken since the Taiwan Strait crises,” said Shi Yinhong, an international relations professor at China’s Renmin University.

Military conflicts flared across the Taiwan Strait in the 1950s — the decade after the founding of Communist China, with Beijing shelling several outlying islands controlled by Taipei on two separate occasions.

The last major crisis took place in 1995-1996, after Taiwan’s president at the time, Lee Teng-hui, visited the US. Enraged by the visit, China fired missiles into waters around Taiwan, and the crisis ended only after the US sent two aircraft carrier battle groups to the area in a forceful show of support for Taipei.

“If Pelosi goes ahead with her visit, the United States will certainly prepare to respond militarily to a possible Chinese military response,” said Shi. “The situation between China and the US will be very tense.”

Pelosi’s reported trip wouldn’t be the first time a sitting US House speaker has visited Taiwan. In 1997, Newt Gingrich met Lee, the island’s first democratically elected President, in Taipei only days after his trip to Beijing and Shanghai, where Gingrich said he warned Chinese leaders that the US would intervene militarily if Taiwan was attacked.
According to Gingrich, the response he received at the time was “calm.” Publicly, China’s Foreign Ministry criticized Gingrich after his Taiwan visit, but the response was limited to rhetoric.

Beijing has indicated things would be different this time around.

Twenty-five years on, China is stronger, more powerful and confident, and its leader Xi Jinping has made it clear that Beijing will no longer tolerate any perceived slights or challenge to its interests.

“It’s a completely different regime in Beijing with Xi Jinping. China is in a position to be more assertive, to impose costs and consequences to countries that don’t take China’s interest into consideration in their policy making or actions,” said Drew Thompson, a visiting senior research fellow at the Lee Kuan Yew School of Public Policy at the National University of Singapore.

“So in that respect, it’s a very different China from when Newt Gingrich visited in 1997.”

Under Xi, a rising wave of nationalism has swept China, and support for “reuniting” with Taiwan — possibly by force — is running high.

Hu Xijin, former editor of state-run nationalist tabloid the Global Times and a prominent hawkish voice in Chinese online punditry, has suggested the Chinese Liberation Army’s warplanes should “accompany” Pelosi’s aircraft to Taiwan and fly over the island.

That would be a significant infringement of Taiwan’s autonomy. As cross-strait tensions soar to their highest level in recent decades, China has sent record numbers of warplanes into Taiwan’s self-declared air defense identification zone, with Taiwan scrambling jets to warn them away — but so far the PLA jets have not entered the island’s territorial airspace.

“If Taiwanese military dares to fire on the PLA fighter jets, we will respond resolutely by shooting down Taiwanese warplanes or striking Taiwanese military bases. If the US and Taiwan want an all-out war, then the moment to liberate Taiwan is coming,” Hu wrote.

While Hu’s belligerent remarks toward Taiwan have long resonated with China’s nationalist circles, they do not represent the official stance of Beijing (and some of Hu’s previous threats made against Taiwan have turned out to be empty).

But as Thompson points out, the fact that Hu’s statements have gone uncensored in China’s tightly controlled media shows “a certain degree of support among the Communist Party” — even if it’s only for propaganda value.

Pelosi’s reported trip would come at a sensitive time for China. The PLA is celebrating its founding anniversary on August 1, while Xi, the country’s most powerful leader in decades, is preparing to break conventions and seek a third term at the ruling Communist Party’s 20th congress this fall.

While the politically sensitive timing could trigger a stronger response from Beijing, it could also mean that the Party would want to ensure stability and prevent things from getting out of control, experts say.

“Honestly, this isn’t a good time for Xi Jinping to provoke a military conflict right before the 20th party congress. It’s in Xi Jinping’s interest to manage this rationally and not instigate a crisis on top of all the other crises he has to deal with,” Thompson said, citing China’s slowing economy, deepening real estate crisis, rising unemployment, and constant struggle to curb sporadic outbreaks under its zero-Covid policy.

“So I think whatever they do, it will be measured, it will be calculated. They’ll certainly attempt to put more pressure on Taiwan, but I think they’ll stop well short of anything that’s particularly risky, or that could create conditions that they can’t control,” he said.

Shi, the professor at Renmin University in Beijing, agreed that tension between the US and China is unlikely to escalate into a full blown military conflict.

“Unless things got out of control by accident in a way that no one can predict, there is no chance of a military conflict between US and China,” he said.

But Shi said right now it is hard to predict what China will do.

“It is a very difficult situation to deal with. Firstly, (Beijing) must resolutely take unprecedented countermeasures. Secondly, it must prevent military conflicts between the United States and China,” he said. “We won’t know how things will turn out until the last minute.”

CNN’s Brad Lendon and Kylie Atwood contributed to this story.