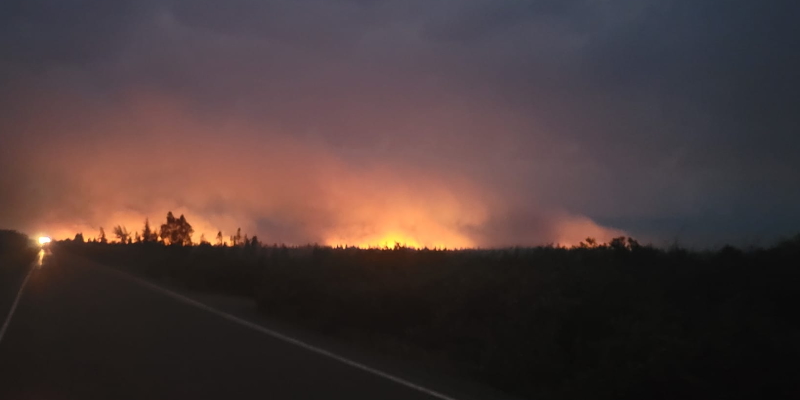 Thousands of people remain cut off from the rest of the province as forest fires continue to burn in central Newfoundland. The Bay D’Espoir Highway remains closed for a second consecutive day about 40 km south of the TCH.

That leaves many people in the Harbour Breton area without immediate access to Grand Falls-Windsor and points beyond.

Rodney Barney, a meteorologist with the Gander Weather Office, says there’s a risk of lightning in the area today.

There is also reduced air quality in the greater central region because of smoke from the fires.

Barney says the most extreme of the heat wave has left us. It will be breezy in some areas, including the Avalon, but temperatures will trend downward this evening especially west of the Avalon going own to the low to mid-teens overnight.

Crews continue to battle fires on the Baie D’Espoir Highway (Rt 360). The route will remain closed to traffic until further notice, and people should avoid the area. We thank the crews who are working hard and thank the public for their patience. #GovNL https://t.co/ieFh4tPwd7 pic.twitter.com/Zdp6uFwqfw