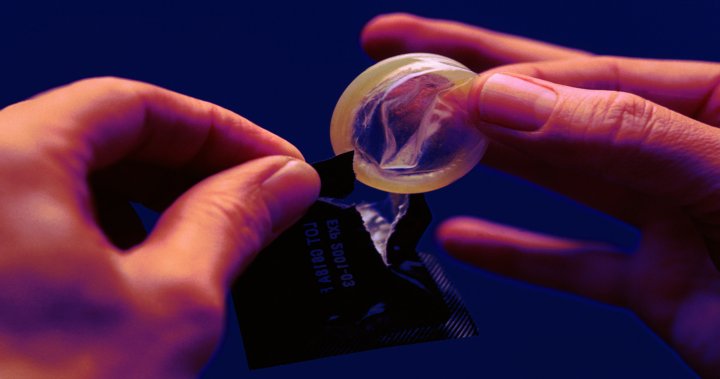 The Supreme Court of Canada says sex with a condom is a fundamentally different physical act than sex without one, and that the use of a condom can be a condition of consent under sexual assault law.

In a 5-4 decision Friday, the top court ruled that if a complainant’s partner ignores the condition that a condom be used, the intercourse is non-consensual and the complainant’s autonomy and equal sexual agency have been violated.

Man’s decision not to wear condom, after agreeing to, is sexual assault: Ontario judge

The court has ordered a new trial in a British Columbia case in which a complainant told a new sexual partner, Ross McKenzie Kirkpatrick, that she would only have sex if he wore a condom.

The fact Kirkpatrick used a condom the first time they had sex led the complainant to assume that he was already wearing one when he initiated sex for a second time, she told the court – but he wasn’t, which she said she did not realize until he ejaculated.

A sexual assault charge against Kirkpatrick was dismissed by a judge who found there was not enough evidence to proceed with a trial.

In applying the existing two-part test to determine whether consent has been violated in sexual assault cases, the judge found that there was no evidence the complainant had not consented to “the sexual activity in question,” the intercourse itself, nor was there evidence the defendant was explicitly deceitful, which would have undermined consent.

Although the reasons for its decision are split, the Supreme Court unanimously agreed with the B.C. Court of Appeal’s decision that the trial judge erred in the finding of no evidence.

The judge had relied on a 2014 Supreme Court decision, R. v. Hutchinson, which concerned the use of deliberately sabotaged condoms.

In that case, the accused, Craig Hutchinson, confessed to sabotaging condoms he used with his girlfriend because he wanted to have a child with her. The complainant, who did not want to have a child, nonetheless got pregnant and ultimately had an abortion.

Hutchinson was charged with aggravated sexual assault, but a trial judge dismissed the charge and the case went up the appeals chain.

Even in a #MeToo climate, only 28% of Canadians understand consent

A majority of Supreme Court justices concluded in the Hutchinson case that consent to the “sexual activity in question” does not include “conditions or qualities of the physical act, such as birth control measures or the presence of sexually transmitted diseases.”

They said that instead, such cases should be decided using the second part of the test, which asks whether there has been dishonesty on the part of the accused, and whether the complainant has incurred significant risk of bodily harm. On that basis, they ordered a new trial.

The decision has been long criticized by feminist and legal groups who say that it is a matter of common sense that sex with a condom is different than sex without one.

The attorneys general of Alberta and Ontario joined with advocacy groups in arguing that point as interveners at the Supreme Court, emphasizing that the effects of refusing to wear a condom versus wearing a sabotaged condom are the same.

6:47
Consent isn’t just about asking for permission – expert breaks it down for parents

Consent isn’t just about asking for permission – expert breaks it down for parents – Nov 12, 2020

For them, Friday’s majority decision, written by Justice Sheilah Martin, is a partial victory.

“We’re very, very happy on the outcome of the decision,” said Lise Gotell, a scholar on sexual consent at the University of Alberta and a former board chair for the Women’s Legal Education and Action Fund.

But Gotell said the court missed an opportunity to overturn the “wrongly decided” Hutchinson ruling altogether.

“We think that condom sabotage is a form of non-consensual condom removal that should be treated the same way,” Gotell said.

2:25
With school around the corner, officials say its important to talk to your kids about sex and consent.

With school around the corner, officials say its important to talk to your kids about sex and consent – Aug 15, 2018

Instead, Martin writes that the Hutchinson decision was limited to its specific factual context and would still apply in cases where a complainant finds out after a sexual act that the accused was wearing a knowingly sabotaged condom.

The minority opinion, which Chief Justice Richard Wagner concurred with, says the Hutchinson decision remains the appropriate lens through which to view cases involving condom use, such that the presence of a condom does not meaningfully change the type of sexual act that is taking place.

The justices in the minority would have found some evidence that the complainant consented to the sexual activity in question, meaning that she had agreed to the type of sex the two engaged in.

But they also said there was some evidence of dishonesty by omission on Kirkpatrick’s part, such that the judge should not have approved a no evidence motion dismissing the charge.

Leaving the test to whether or not fraud has occurred is problematic, the majority decision says, because for fraud to have occurred, a court needs to find that there was dishonesty and that there was also “significant risk of bodily harm.”

“The harms of non-consensual condom refusal or removal go beyond a significant risk of serious bodily harm and are so much wider than the risk of pregnancy and STIs,” Martin’s decision says.

Leaving condom use out of the equation of consent itself would also have perpetuated a myth that “real rape” is defined by physical violence only, Martin writes, and would have left certain types of people and certain types of sex out of the law – such as people who can’t become pregnant, or sexual acts that wouldn’t transmit an infection.