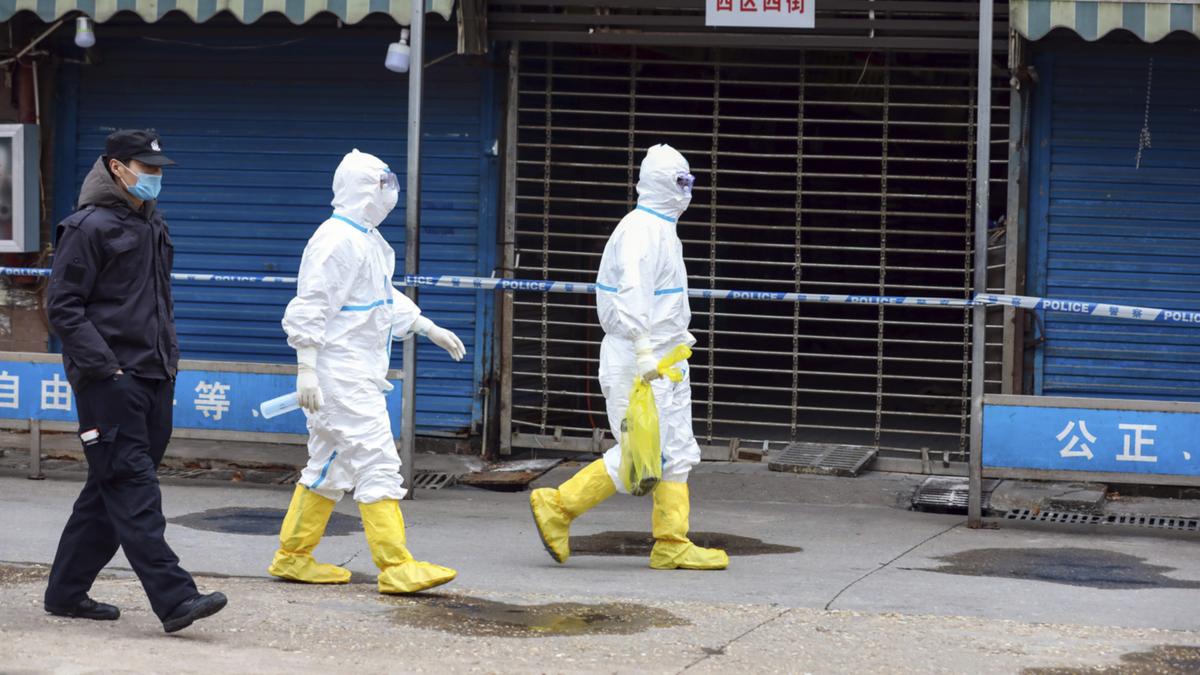 Since the beginning of the pandemic, one burning question has dominated discussions: where did COVID come from?

That disputes the lab leak theory, in which some believe the virus was man-made and escaped.

The research, published online by the journal Science, shows that the Huanan Seafood Wholesale Market was likely the early epicentre of the virus.

It concludes that the virus that causes COVID-19, SARS-CoV-2, spilled from animals into people on two separate occasions.

Kristian Andersen, a professor in the Department of Immunology and Microbiology at Scripps Research and coauthor of one of the studies, said he was initially “convinced” of the lab leak theory.

But he’s since changed his mind.

“All this evidence tells us the same thing: It points right to this particular market in the middle of Wuhan,” Andersen said.

“I was quite convinced of the lab leak myself until we dove into this very carefully and looked at it much closer.”

In one study, which incorporated data collected by Chinese scientists, mapping tools were used to estimate the locations of more than 150 of the earliest reported COVID-19 cases.

They also mapped cases from January and February 2020 using data from a social media app.

University of Arizona evolutionary biologist Michael Worobey and his colleagues asked the question: “Of all the locations that the early cases could have lived, where did they live?”

The data revealed a pattern that showed the highest density of cases were near and centred on the wet market.

“Crucially, this applies both to all cases in December and also to cases with no known link to the market,” Worobey said.

“And this is an indication that the virus started spreading in people who worked at the market but then started to spread into the local community.”

Andersen said case clusters were found inside the market, where they now know people were selling wildlife species that are susceptible to infection with COVID.

In the other study, scientists analysed the genomic diversity of the virus inside and outside of China starting with the earliest sample genomes in December 2019 and extending through mid-February 2020.

They found that two lineages – A and B – marked the pandemic’s beginning in Wuhan.

Study coauthor Joel Wertheim, a viral evolution expert at the University of California pointed out that lineage A was more genetically similar to bat coronaviruses, but lineage B appears to have begun spreading earlier in humans, particularly at the market.

“Have we disproven the lab leak theory? No, we have not,” Andersen said.

Some scientists believe a lab leak is more likely and others remain open to both possibilities.

But Matthew Aliota, a researcher in the college of veterinary medicine at the University of Minnesota, said to him the two of studies “kind of puts to rest, hopefully, the lab leak hypothesis”.

“Both of these two studies really provide compelling evidence for the natural origin hypothesis,” said Aliota,

“Australia called for an independent review, and sees understanding the cause of this pandemic not as a political issue, but as being essential, simply, to prevent the next one,” Morrison said.

“We need to know so we can prevent this death and this calamity being visited upon the world again.

“That can be our only motivation.”

Since the initial call was made in April 2020, China has imposed financial sanctions on Australia’s agriculture and resources sectors, primarily wine, seafood, barley and coal exports.

A new government has done little to repair the relationship, with a raft of sanctions still remaining.

Three dead and gunman on the run after shooting in Queensland