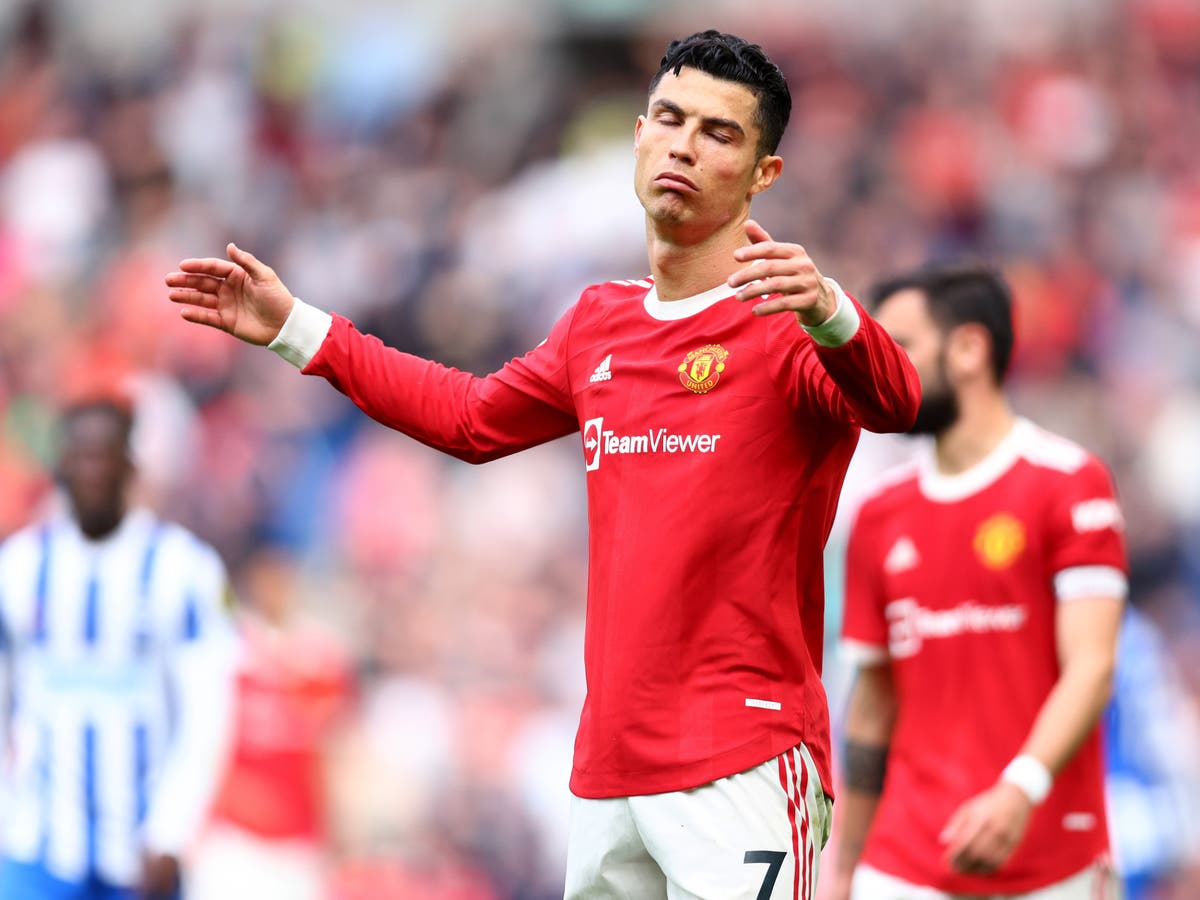 Cristiano Ronaldo has returned to Manchester United with his agent Jorge Mendes ahead of talks over his future.

The 37-year-old is expected to sit down with manager Erik ten Hag for the first time since informing United of his intention to leave this summer.

Ronaldo was due to return to training with the rest of United’s international players on 4 July but remained in Portugal, citing a “family issue”.

United accepted Ronaldo’s explanation for his absence and the five-time Ballon d’Or winner did not travel with the rest of the squad on the pre-season tour of Thailand and Australia.

Ronaldo is understood to want to join a club with a realistic chance to win the Champions League and compete for major honours but arrived at United’s Carrington training base with agent Mendes.

Sir Alex Ferguson was also pictured arriving at Carrington on Tuesday morning, though was attending a football board meeting alongside chief executive Richard Arnold and former chief executive David Gill.

United have insisted that the Portugal international is not for sale, that he has a year remaining on his contract at Old Trafford and that he is a key part of Ten Hag’s plans.

Ronaldo is yet to work under Ten Hag, who suggested last week that an option in the 37-year-old’s contract to extend until 2024 could be triggered.

“I am well informed, he also has also an option (of another year),” the United manager said.

“Yes [he could stay beyond this season], but to be honest, of course, I have signed here for three years, but in football it’s short-term as well. We have to win from the start, so I don’t look that far ahead.

“I have a strategy, it’s a process, it takes time but in the end, we have to make sure from the outset there is a winning team.”

Ten Hag has also suggested that Ronaldo may not be considered for selection for United’s opening Premier League fixture against Brighton and Hove Albion on 7 August, having not trained with the rest of the squad.

Ronaldo scored 24 goals in all competitions last season following his return to Old Trafford but was part of a side responsible for United’s lowest points tally of the Premier League era.