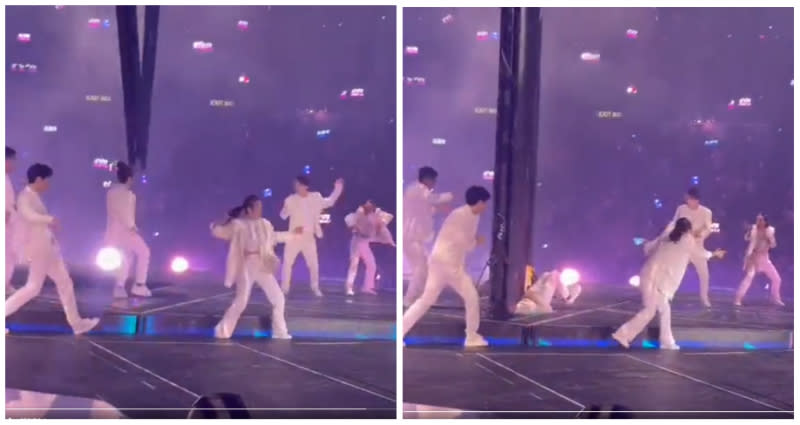 Fans attending a concert for the boy band Mirror were left shocked after a giant screen fell and crushed a dancer’s neck, potentially paralyzing them from the waist down.

At the Hong Kong Coliseum in Hung Hom on Friday, Mo Lee Kai-yin, 27, was hit on the head by a giant 16-by-10-foot screen that crashed onto his neck. Another dancer, Chang Tsz-fung, 29, was also injured in the incident.

The concert was halted and both dancers were immediately transported to the Queen Elizabeth Hospital.

More from NextShark: Man accused of fatally shooting Asian senior, 76, in the back of the head held without bail in Philadelphia

Three women attending the concert, aged 16, 21 and 40, were treated for shock while one was sent to the hospital.

Mo dislocated the third and fourth sections of his cervical vertebrae, leaving him unable to move.

After an overnight procedure and another eight-hour surgery, doctors were able to stabilize the dancer. Potential paralysis from the neck down will depend on his recovery process and whether his damaged nerves grow back.

More from NextShark: Man with gun ‘arsenal’ is arrested for ‘random’ fatal shooting of Indian student outside Toronto subway

Mo’s family members have arrived from Canada, and the Health Bureau has arranged for them to make a hospital visit.

Chang was discharged from the hospital on Friday afternoon.

Authorities immediately investigated the accident and found that one of the two metal cords holding up the screen had snapped during the concert. An investigation is currently underway as experts try to figure out what exactly caused the suspension wires to fail. The concert’s various contractors, including Engineering Impact and Hip Hing Loong, will be participating in the investigation with authorities.

More from NextShark: Student alerted University of Utah she was in danger from her ex-boyfriend weeks before her murder

Officers from the Labor Department have already collected evidence from the venue and all other events at the venue have been suspended.

“But the more important thing is to look at other measures that need to be improved, whether it’s the system or future work arrangement, to ensure that our stage performances can proceed more safely,” Yeung was quoted as saying.

The concert organizers for the remaining eight shows that have been canceled have said they will be issuing refunds to fans.