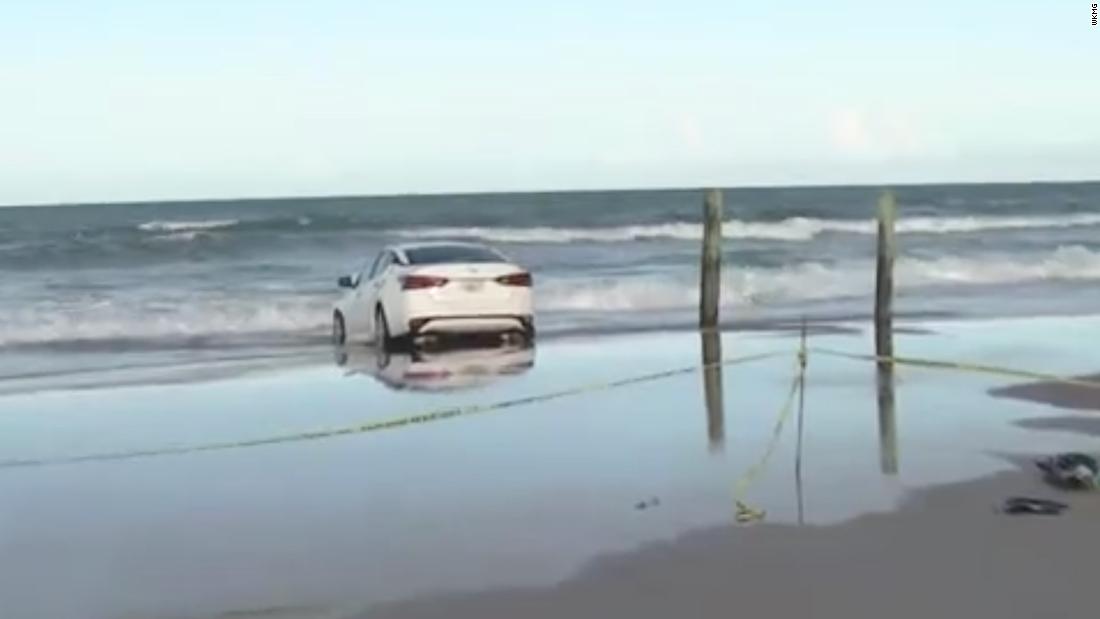 “A little before 5 p.m., we had a driver go down the beach ramp at the International Speedway Boulevard and crash into the water,” said Tamra Malphurs, deputy chief of Volusia County Beach Safety Ocean Rescue. “He hit a toll booth and he entered the water,” she added.

The driver appeared to have suffered from a medical condition, Malphurs said without elaborating.

At least five people were taken to local hospitals for precautionary reasons, including the four occupants of the vehicle and a young boy who was in the water at the time, Malphurs added. The boy was in stable condition late Sunday afternoon, Malphurs told CNN.

Video obtained by CNN affiliate WKMG shows a sedan partially in the water off Daytona Beach with visible damage to the front bumper and back doors.

People who saw the car drive through the toll booth and onto the sand said a group of at least 15 people jumped out of the way before the car hit the water.

One witness whose son was in the water said she took off trying to find him when she saw where the vehicle was headed. Another witness said people on the beach rushed to help and that adults with children were in the car.

Officials have not released information about the driver and say the investigation into the incident is ongoing.