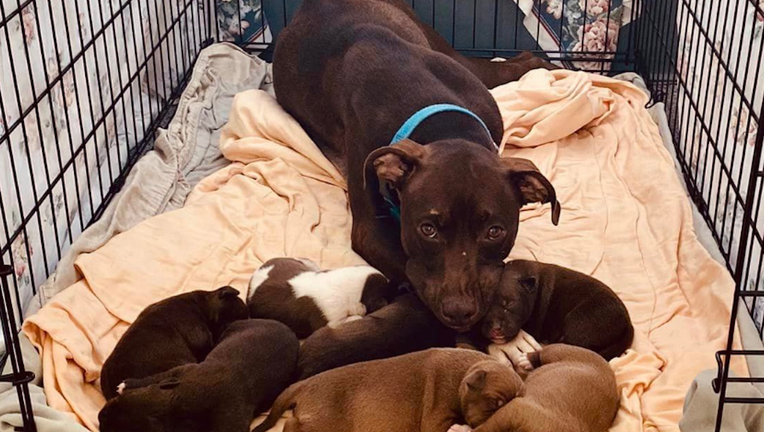 BETHESDA, Md. (FOX 5 DC) – A couple of D.C. residents are accused of dognapping a canine and its seven puppies.

Fisher allegedly gave the Humane Rescue Alliance a false name and address. Authorities believe she and Alphonso Allen sold at least four of the puppies.

Two puppies have been reunited with their mother as police continue the search for their five siblings, after the litter of puppies were stolen from a foster home in D.C. FOX 5’s Stephanie Ramirez reports.

Five puppies have since been recovered, while two are still missing. Fisher and Allen were arrested Tuesday and charged with second-degree theft and animal cruelty following a joint investigation by the Humane Rescue Alliance and D.C. police.

The Humane Rescue Alliance is offering a reward of up to $7,500 for information confirming that the remaining puppies are safe. All tips can be anonymously reported to HRA at 202-723-5730.