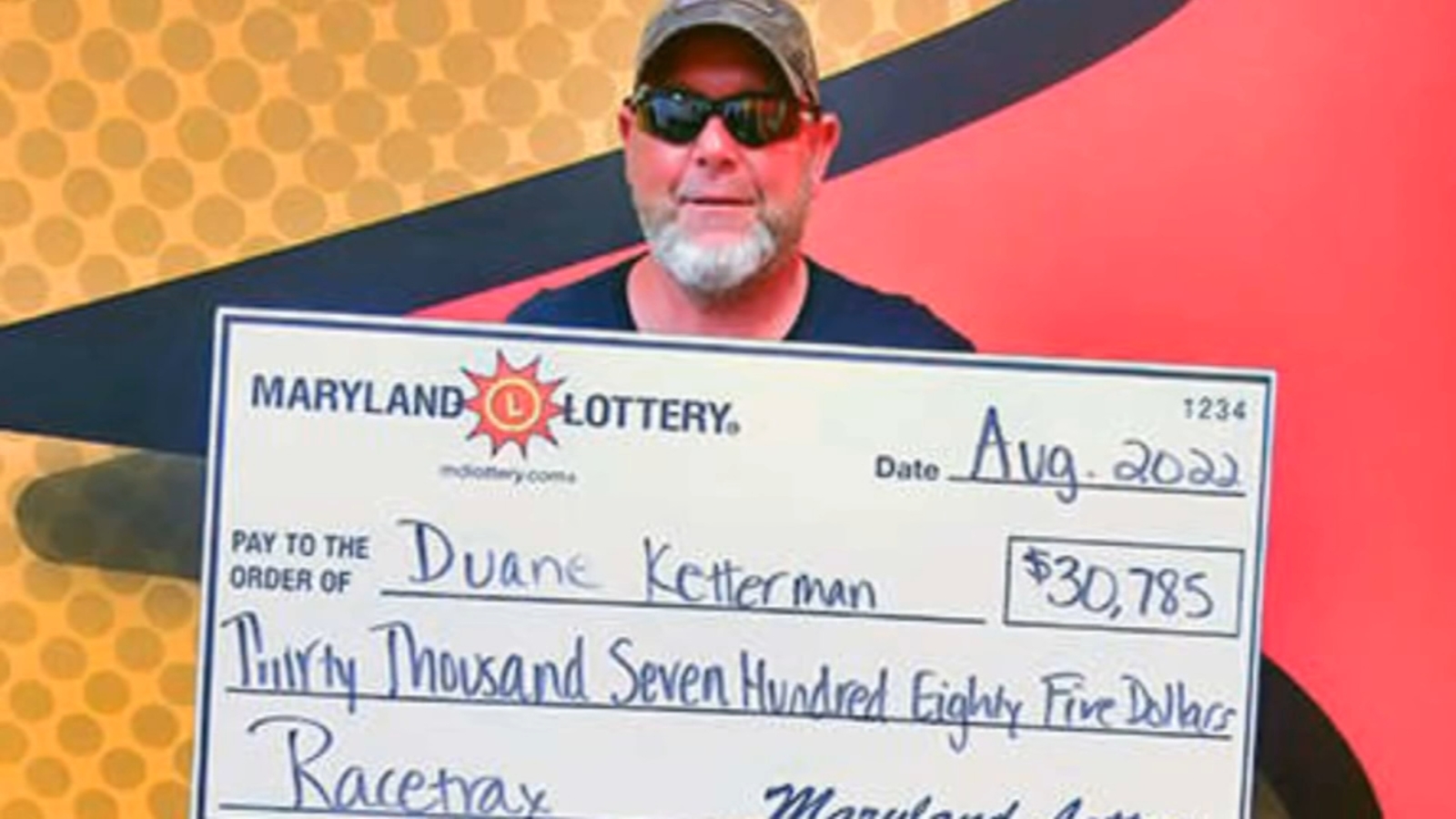 “I couldn’t believe I won the first time,” Duane Ketterman told lottery officials. “So, when I saw this one, I was just stunned.”

MILLSBORO, Delaware — For most people, winning the lottery is a once-in-a-lifetime opportunity. But one Delaware man was lucky enough to win the lottery twice — in just two months.

Powerline technician Duane Ketterman regularly crosses the state line to work in Maryland and buys lottery tickets on his visits, according to a news release from the Maryland Lottery.

Ketterman’s purchases first paid off in early July, when he won $18,000 in one of the Maryland Lottery’s Racetrax game.

Last weekend, while on a family trip to Queen Anne’s County, Maryland, Ketterman won again, claiming $30,785 in another Racetrax game.

“I couldn’t believe I won the first time,” Ketterman told lottery officials while claiming his prize in Baltimore on Tuesday, according to the release. “So, when I saw this one, I was just stunned.”

The 43-year-old Millsboro, Delaware, resident picked his winning numbers at random, says the release. He found out about his win when his family stopped for breakfast.

“I checked the ticket on my Lottery app and, after a moment to wrap my head around it, showed my wife,” Ketterman said, according to the release. “She was as surprised as I was. More, even.”

Ketterman has no immediate plan for his unexpected winnings, hoping to put them away for a rainy day instead.