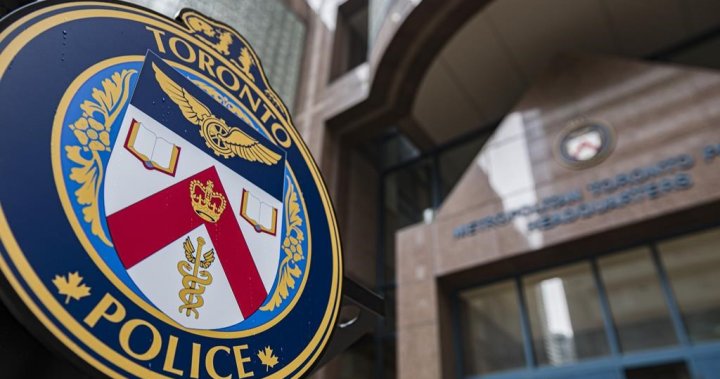 Disciplinary proceedings against a high-ranking Toronto police officer accused of impaired driving have been put on hold until his criminal case has ended.

Police prosecutors and defence lawyers representing Supt. Riyaz Hussein agreed to the adjournment in a hearing before the police tribunal Monday.

Hussein, who usually heads the police disciplinary tribunal, was charged in January with driving with more than 80 milligrams of alcohol per 100 millilitres of blood, careless driving and having open liquor in a vehicle.

At the time, Toronto police said the charges stemmed from a crash on Highway 401 in Pickering, east of Toronto.

A notice of hearing released Monday laid out the allegations for his misconduct charges, which relate to the same incident.

The document alleges Hussein was driving an SUV registered to the police service on the evening of Jan. 13 when he crashed into another vehicle travelling in the same direction.

It alleges an Ontario Provincial Police officer who came to the scene saw that Hussein was unsteady on his feet to the point where he “almost fell over.”

The notice says the officer suspected Hussein had consumed alcohol, and requested he complete a roadside breath test with a screening device.

The document alleges Hussein failed the roadside test and was arrested, then taken to hospital to be assessed and treated for various injuries.

About two hours later, hospital staff gave the green light to do a more sophisticated breath test, the document says.

The notice alleges Hussein did two breath tests about 20 minutes apart, and registered 97 milligrams of alcohol per 100 millilitres of blood on both of them.

The document says police officers also found an open bottle of Appleton Estate Rum under the driver’s seat of the SUV Hussein was driving. Another bottle of the same liquor, this one still sealed, was found on the floor of the front passenger seat, the notice alleges.