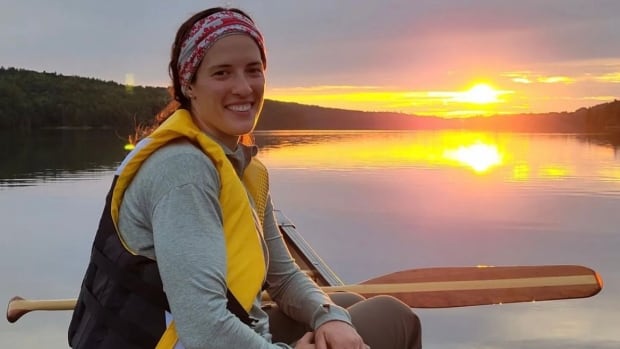 Dr. Candace Nayman was so focused on helping others in life that it only made sense that she would do so in death as well, her siblings say.

The McMaster Children’s Hospital pediatrics resident died Thursday, days after collapsing in the water during a race in the Toronto Triathlon Festival on Sunday, July 24.

At her funeral, held Thursday at Toronto’s Benjamin’s Park Memorial Chapel, her siblings Lauren and Maurice described Candace as someone who loved children, often gave blood and had proudly signed up as an organ donor.

“In this final gesture, she is saving four lives,” said Maurice, as Lauren listed the recipients.

“She is vibrant and brings light to all of our lives,” Maurice said, reading a letter the siblings wrote to be read in the operating room at the time of the transplant. “She works tirelessly to improve the lives of all she has met.”

After collapsing on Sunday, “lifeguards and kayaks responded immediately in the water,” and Candace was “attended to immediately by paramedics when onshore,” Triathlon Festival organizers told CBC News.

Toronto Emergency Medical Service says it took her to the hospital in life-threatening condition.

She died at age 27, leaving behind her partner, Seth Kadish, and her parents Nicole and Gary, according to an obituary posted on the funeral home’s website.

Her funeral was held the same day. It is Jewish tradition to bury the body as soon as possible after the person has died.

At the funeral, which has been posted on YouTube and viewed nearly 5,000 times as of Friday afternoon, her siblings described a quirky, fun person who loved sports, the outdoors, classical music and international travel.

“Candace loves hot dogs and hates olives,” said Lauren, who is Candace’s twin. “She loves hot dogs so much she dressed up as one for Halloween for several consecutive years and has favourite stands around the city. She hates olives so much that she refused to eat anything that had olives on it, even if they had been removed.”

The news has shaken the community at McMaster Children’s Hospital, where Candace was a third year resident.

“The loss… has been incredibly tough for our community,” wrote the hospital’s trauma director, Dr. Meagan Doyle, on Twitter on Thursday night. “She lived with a sense of adventure and passion for life. I will miss our 3 a.m. catch-ups in the [emergency room], usually centred on our latest outdoor adventures.”

The family has asked for donations in Candace’s honour to go to the hospital. The donation site describes her as “at ease among children, working as a summer camp counsellor, swim instructor, and often an on-call babysitter for friends, family, or colleagues in need.

“She was dedicated to her craft as a pediatrician, mentoring some of her best friends in medical school and undergrad in choosing the specialty, and taking on a wide range of electives in her time in residency,” read the donation site.

The loss of Dr Candace Nayman, one of our MacPeds residents, has been incredibly tough for our community. She lived with a sense of adventure and passion for life. I will miss our 3am catch-ups in the ER, usually centred on our latest outdoor adventures. <a href=”https://t.co/tL9VxP4haM”>https://t.co/tL9VxP4haM</a>

The site says she ran 135 km and individually raised $2,000 as a part of McMaster Children’s Hospital’s Million Reasons Run in May.

She also spent time as a Professional Association of Residents of Ontario board member and was an active member of the McMaster Pediatrics Residency community, according to the site.

In the summer of 2021, she worked as a physician in Sault Ste Marie, Ont., and had planned on travelling for an elective rotation in the Northwest Territories in the coming months.

“We are honoured by your love for our daughter and your steadfast support throughout this time,” said the site.