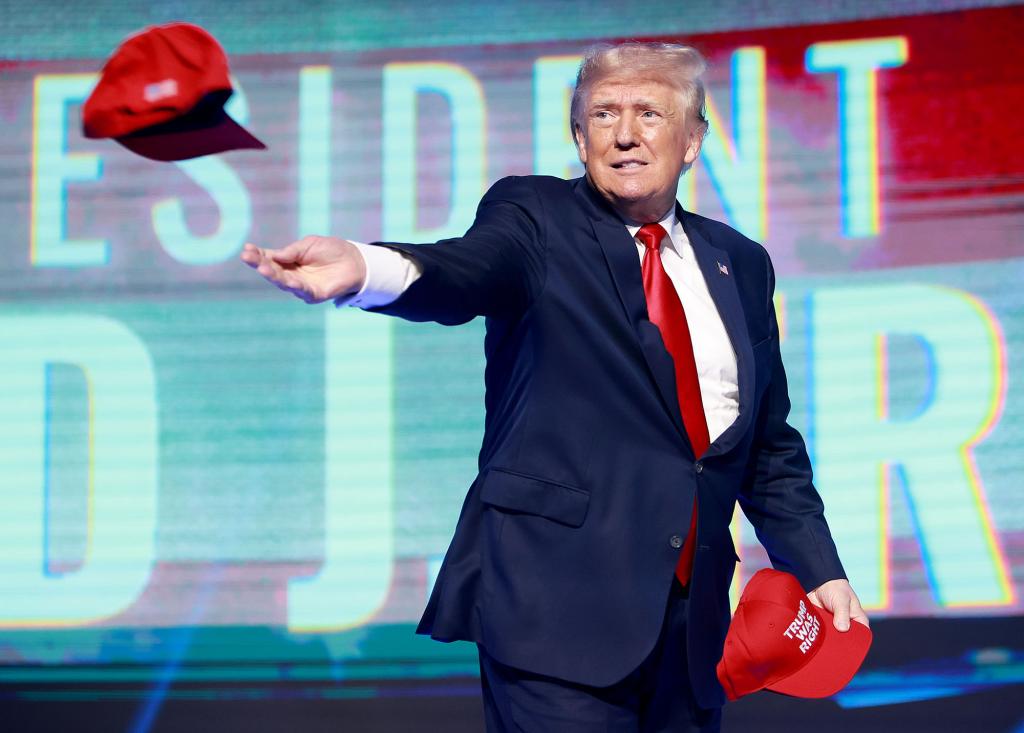 Former President Donald Trump was set to arrive back in Washington, D.C. Tuesday for the first time since leaving the White House 18 months ago.

Trump was due back in the nation’s capital ahead of his scheduled keynote address at the America First Policy Institute’s two-day America First Agenda Summit.

The 45th president hasn’t been seen in Washington since he left office on Jan. 20, 2021 — snubbing President Biden’s inauguration on his way out of the city.

His speech was slated to start at approximately 3 p.m.

It wasn’t immediately clear if Trump planned to use his anticipated speech to air his continued grievances over the 2020 election results, or if he would keep his focus on his vision for the future.

His speech was set to focus, at least in part, on public safety, his spokesman said.

“Some people may choose to focus on the past, but elections are about the future,” the ex-veep said as he touted his own “Freedom Agenda” at the 44th National Conservative Student Conference in Washington Tuesday morning.

Neither Trump or Pence have publicly confirmed if they’ll run for president in 2024 — but their back-to-back events in Washington has sparked speculation of a potential showdown between the former White House partners.

Asked about the growing divide between Trump and himself, Pence said Tuesday that the two don’t differ on issues.

“But we may differ on focus. I truly do believe that elections are about the future and that it’s absolutely essential at a time when so many Americans are hurting and so many families are struggling, that we don’t give way to the temptation to look back,” Pence said.