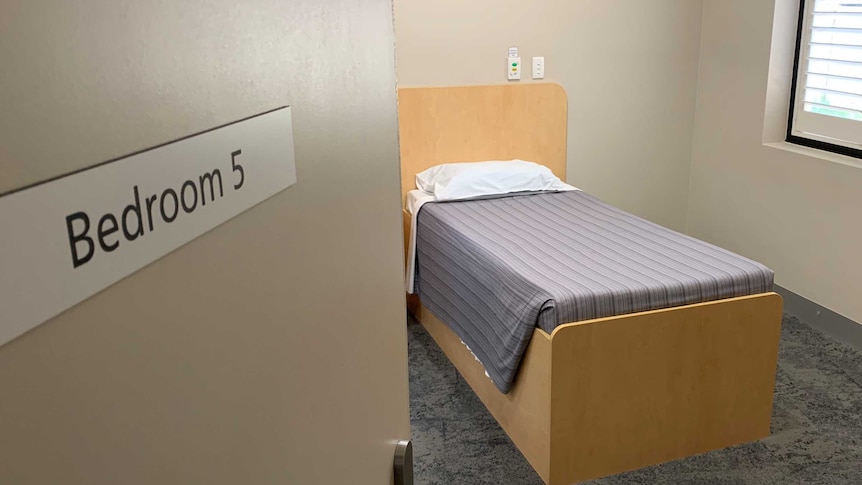 Shop counters across the south-west Victorian city of Warrnambool have been dotted with small yellow donation tins for the past five years.

The brightly coloured Support The Lookout tins carry a decent amount of coins, as well as the heartfelt pleas of community members who have been working hard to have a purpose-built rehab centre built on the city’s fringe.

Known as The Lookout, the proposed facility has been a key talking point at every local, state and federal election that’s been held since it was first proposed.

But it has struggled to receive financial backing.

Opposition from a small pocket of the community and subsequent Victorian Civil and Administrative Tribunal battles over funding and an appropriate location have stymied the centre’s plans for the past five years.

A passionate group of community leaders has helped raise $600,000 towards the centre’s build, while others have led a charge through the tribunal to pave the way for construction to start.

The final hurdle of funding has this week been realised, with the Victorian Coalition including the project among a statewide promise to dramatically increase the number of drug and alcohol rehabilitation beds.

The Victorian Liberals this week unveiled a plan to fund at least 180 new alcohol or other drug rehabilitation and withdrawal beds at centres in the Latrobe Valley, Mildura, Shepparton, Warrnambool, Frankston and Melbourne.

Victoria ranks second-last for alcohol or other drug bed availability, according to the Victorian Alcohol and Drug Association, with a ratio of 0.74 beds per 10,000 people in Victoria.

“I could tell you pretty much every drug house in Warrnambool 10 years ago when I was doing that, and there wasn’t a place or suburb that didn’t have a house where you get [drug] deals done,” she said.

Ms Britnell said the need for the centres remained dire a decade on, with south-west residents currently forced to travel at least two hours to either Geelong, Bendigo or Melbourne to access residential rehabilitation.

“I think we need to really be honest about that and know that a drug rehabilitation centre is a health facility,” she said.

Victorian Premier Daniel Andrews tempered the Opposition announcement, instead pointing to the Coalition’s track-record while in office.

But Mr Andrews stopped short of matching the promise.

“When we came to office in government in 2014 there were 208 drug and alcohol rehab beds, today there are 532,” Mr Andrews said.

“In the four years they were in control they added two beds. Not 20, not 200 – two beds across the whole state.”

The Victorian Alcohol and Drug Association said the state trailing other states when it came to bed availability, but the election promise would substantially improve things.

Association executive officer Sam Biondo said demand for such beds was also increasing, with waitlists surging more than 70 per cent between September 2020 and December 2021.

“There’s been a critical shortage of infrastructure and alcohol and drug support across rural and regional communities in Victoria,” he said.

“The actual rate of [alcohol and drug-related] deaths per capita in rural and regional Victoria was more than 50 per cent higher than Melbourne in 2018.”

A recent minority report from the Victorian Pandemic Declaration Accountability and Oversight Committee has called for an urgent boost to the sector.

The report recommended that the state government immediately reverse funding cuts to the sector in this year’s budget, and reinstate funding for 100 full time-equivalent workers under the COVID workforce initiative.

Victorian Opposition leader Matthew Guy said his proposal was a way to “get real” about the problem.

He noted there were pockets of the community that were opposed to such facilities.

“I think we have to start somewhere. And I think we do need these beds,” Mr Guy said.

“Every time I’ve been down in the south-west it’s been raised with me.”

He said it was something the south-west deserved and in which his team was prepared to invest money.

Meaning the proponents, for now, will be sweating on the result of November’s state election to have their centre built.