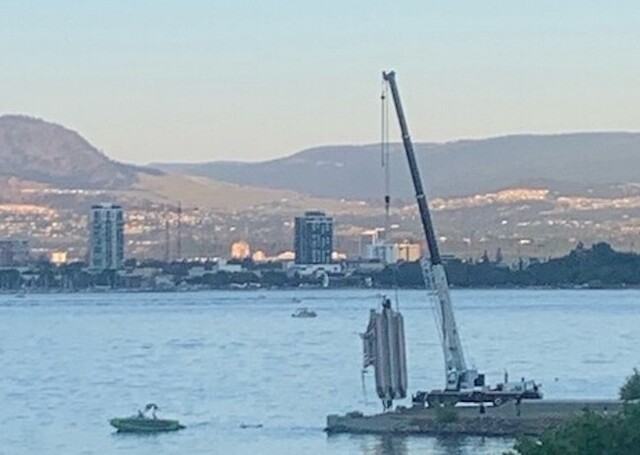 A total of 11 people were rescued by a good Samaritan after a pontoon boat flipped over in Okanagan Lake on Saturday.

Police say 11 men, none of whom were wearing life jackets, were rescued by a good Samaritan boater prior to the arrival of the RCMP and Kelowna Fire Dept.

All boaters were accounted for and the only injury incurred was a scraped shin.

The boat was towed to shore.

“The Okanagan is busy this time of the year with many enjoying the lake but this could have easily turned into a tragedy if it was not for the actions of the people who arrived to assist” says Cst. Mike Della-Paolera, Kelowna Media Relations Officer.

The West Kelowna RCMP is continuing the investigation into the reason why this boat overturned, but it appears that passengers were on the upper deck causing the boat to be top heavy.