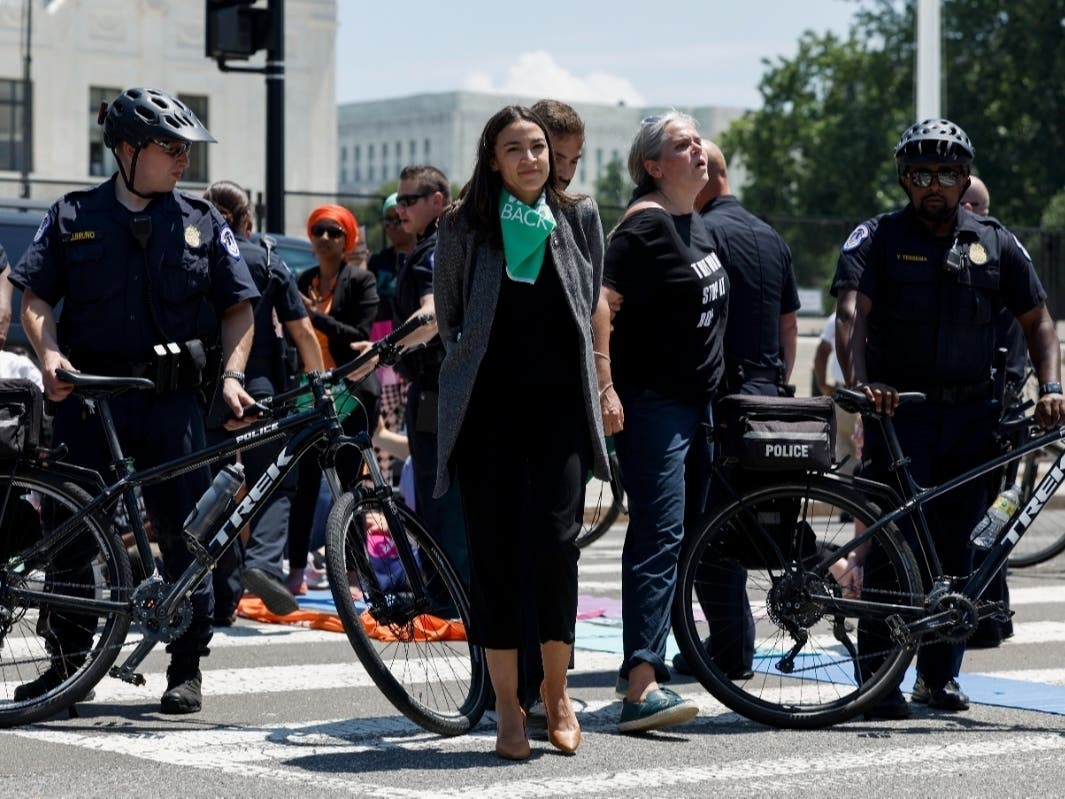 WASHINGTON, DC — The House Ethics Committee will not pursue further action against the 17 Democratic lawmakers who were arrested by Capitol Police for blocking traffic outside the U.S. Supreme Court while protesting for abortion access.

As Washington, D.C. Patch previously reported, high-profile Democrats such as U.S. Reps. Alexandria Ocasio-Cortez of New York, Ilhan Omar of Minnesota, Ayanna Pressley of Massachusetts, Rashida Tlaib of Michigan and Barbara Lee of California were among the lawmakers arrested. At the time, 35 people in all were arrested for crowding, obstructing or incommoding, police said.

On Friday afternoon, the House Ethics committee said it convened Wednesday to consider the arrests.

“Each of the arrested Members informed the Committee they have paid or intend to pay the $50 fines related to their arrests. The legal proceedings related to the arrests are expected to be resolved with no further action,” the committee said.

“The Committee considered the scope and nature of the conduct described above and determined that review by an investigative subcommittee is not required in this matter,” the committee said, adding it will “take no further action,” and “considers the matter closed.”

Here are the representatives who were arrested: