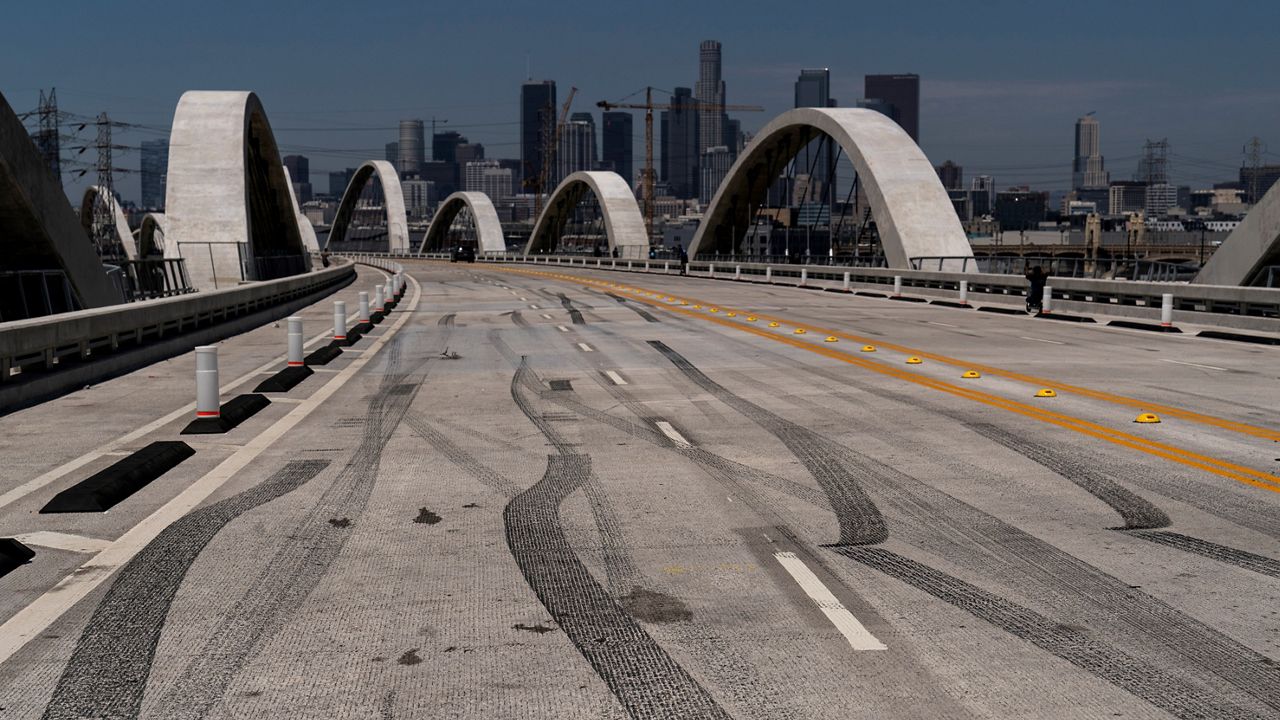 Good evening, SoCal. We’re wrapping up the day for you with the most important stories you need to know and your weather outlook.

Along with showers and thunderstorms in our mountains and deserts this weekend, there is a slight chance those storms could make it all the way out to the coast.

These storms could happen at any time this weekend, beginning early Saturday morning. The best chances, however, are in the afternoon and evenings.

Temperatures continue to run right about average for this time of year west of the mountains. The low deserts and mountains will run below normal because of the extra humidity and clouds from the monsoon.

Coastal marine layer clouds will be patchy in the morning and return in the overnight hours.

The Los Angeles Police Department announced Friday that officers will conduct a traffic enforcement operation on the Sixth Street Bridge in the wake of a recent spate of illegal activity.

The operation will be conducted on the bridge Sunday from 2 p.m. to 10 p.m., and is intended “to ensure safe passage and movement along the bridge itself,” according to police.

“In order to maintain crowd safety, perimeter control and safe movement of participants, the bridge will be subject to closing and expeditiously reopening,” the LAPD said in a statement Friday.

LAPD Chief Michel Moore told the Police Commission that police hoped to install speed bumps in hopes of deterring the “dangerous speed displays and exhibitions” on the bridge.

A center median and fencing to discourage people from scaling the archways could also be installed on a temporary basis, Moore said.

Police have made more than 57 citations and impounded six vehicles over the past week, Moore said.

Ushered in to the sounds of the Los Angeles Police Department Concert Band, 38 new officers graduated from the LA Police Academy Friday. The graduation took place as the LAPD struggles to find enough officers to offset attrition.

The LAPD is authorized for a force of 9,700, but staffing currently hovers around 9,300 sworn personnel.

The addition of 38 new police officers to the force makes a small dent in the department’s hiring deficit. While the LAPD hired over 570 recruits during the last fiscal year — the most in 12 years — the department lost 622 police department members to retirement, Moore reported to the Police Commission earlier this month.

The 570 recruits were far short of the LAPD’s goal of hiring 740 officers, but this year’s goal of 780 new hires could prove even tougher.

The county also logged eight additional deaths associated with the virus, bringing its cumulative totals to 637,013 cases and 7,203 fatalities since the pandemic began, according to the Orange County Health Care Agency.

Meanwhile, the number of coronavirus patients in OC hospitals dropped by 12 people to 338, according to the latest state figures released Friday. Of those patients, 49 were being treated in intensive care, up from 48 the previous day.

The county’s testing positivity rate increased from 19.3% a week ago to 19.6%, and rose from 20.7% to 22.4% in the health equity quartile, which measures the communities hardest hit by the pandemic.

4. Under Armour agrees to $67.49 million settlement with UCLA

Under Armour has agreed to pay UCLA $67.49 million to resolve a lawsuit filed two years ago.

UCLA filed a lawsuit against Under Armour in August, 2020, in U.S. District Court in Los Angeles for breach of contract, seeking damages in excess of $200 million. The settlement was reached in late May and approved by the University of California’s Board of Regents.

Under Armour announced two years ago that it was ending its deal with UCLA. The two sides were four years into a 15-year deal worth $280 million, which was the highest in college athletics.

The company cited force majeure due to the coronavirus pandemic as one of the reasons it was terminating the deal. Another was UCLA’s struggles in its flagship sports.

UCLA eventually agreed to a new apparel contract with Nike, which began last July. That deal is for six years and is worth $46.45 million.

San Francisco Mayor London Breed and the city’s Department of Health on Thursday issued a citywide emergency declaration over the rapidly rising cases of monkeypox in the city, saying the move will “expedite and streamline the availability of resources” to address the virus.

The emergency order — which will free up additional city resources, streamline staffing needs and create an informational campaign to raise awareness about the disease — will go into effect on August 1.

As of Thursday, there were 799 identified cases of monkeypox in California, 261 of which were located in San Francisco. The city has ordered 35,000 doses of monkeypox vaccines, but to date has only received 12,000, officials said. 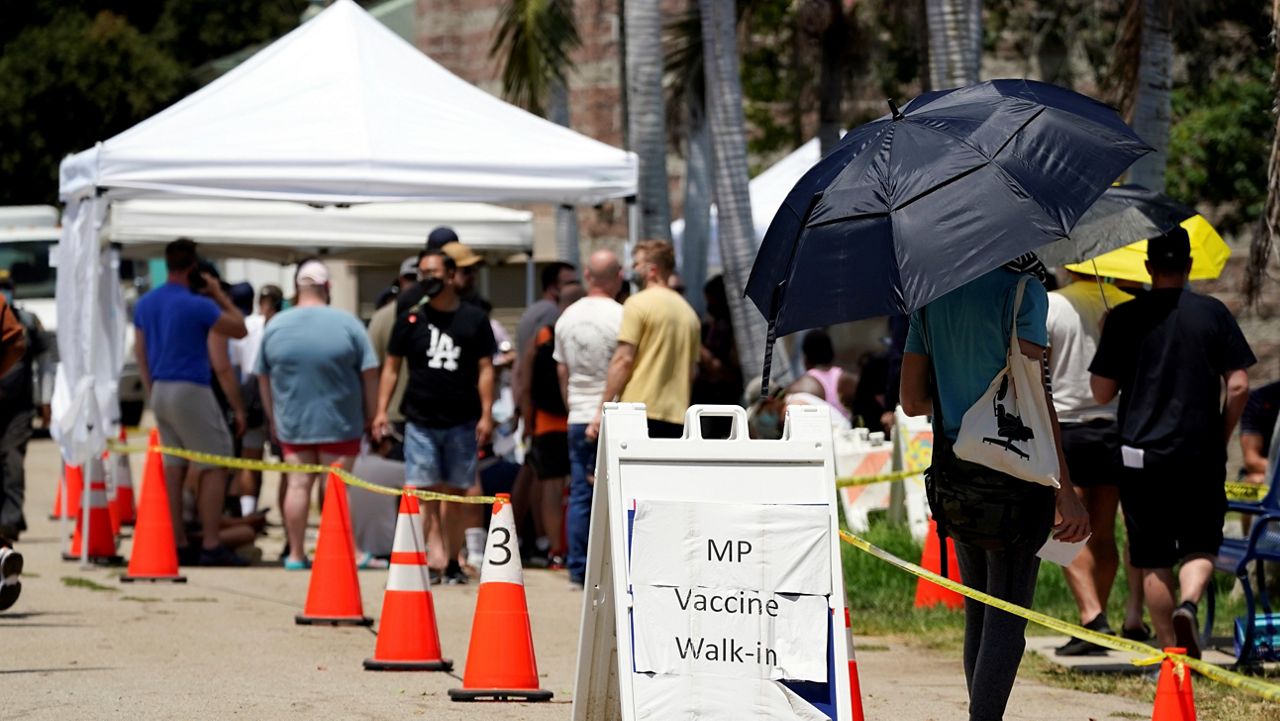 People line up at a monkeypox vaccination site on Thursday, July 28, 2022, in Encino, Calif. California’s public health officer said they are pressing for more vaccine and closely monitoring the spread of the monkeypox virus. (AP Photo/Marcio Jose Sanchez, File)

Your Notes for this Weekend

In Case You Missed It 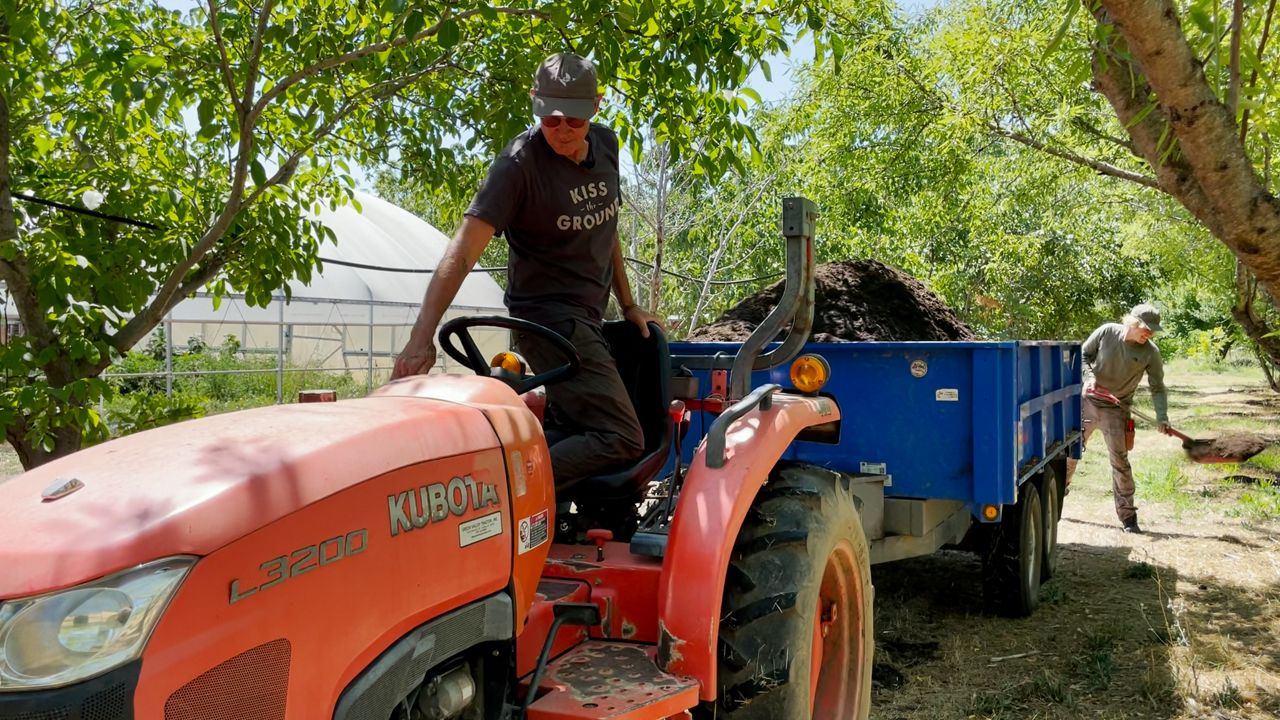 As California grapples with another long drought, cities across the state have implemented curbside collection programs to increase the amount of available water.

Composting turns food scraps, sticks and leaves into organic material that is then added to soil to make it more fertile.

Click the link above to watch the full report.