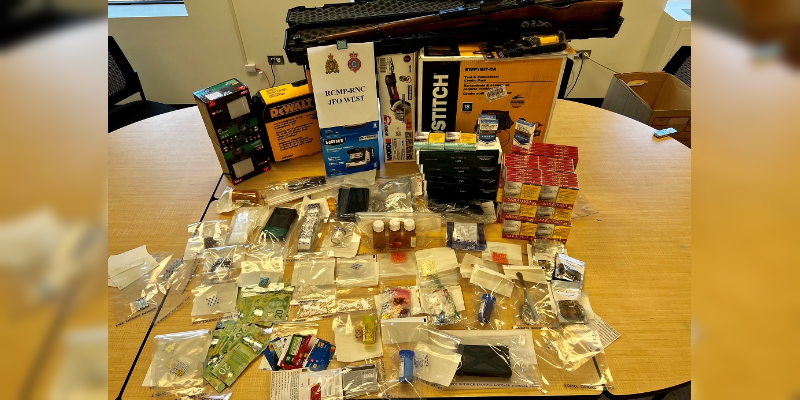 Two people have been arrested and charged after a firearm, drugs and cash were seized from a west coast home.

Last Thursday, the RCMP and RNC searched a home in Corner Brook and seized a firearm and various drugs including cocaine and methamphetamine, as well as prescription narcotics such as methadone, morphine, and hydromorphone.

A quantity of cash, unstamped cigarettes, and stolen property including tools, debit and credit cards were also seized from the property.

A 29-year-old man and a 23-year-old woman, both from Corner Brook, have been arrested and face charges of trafficking and possessing cocaine.

They were released from custody to appear in court at a later date.

Police say they are looking to arrest another person, who was not present at the time of the search, in relation to what was found inside the home.