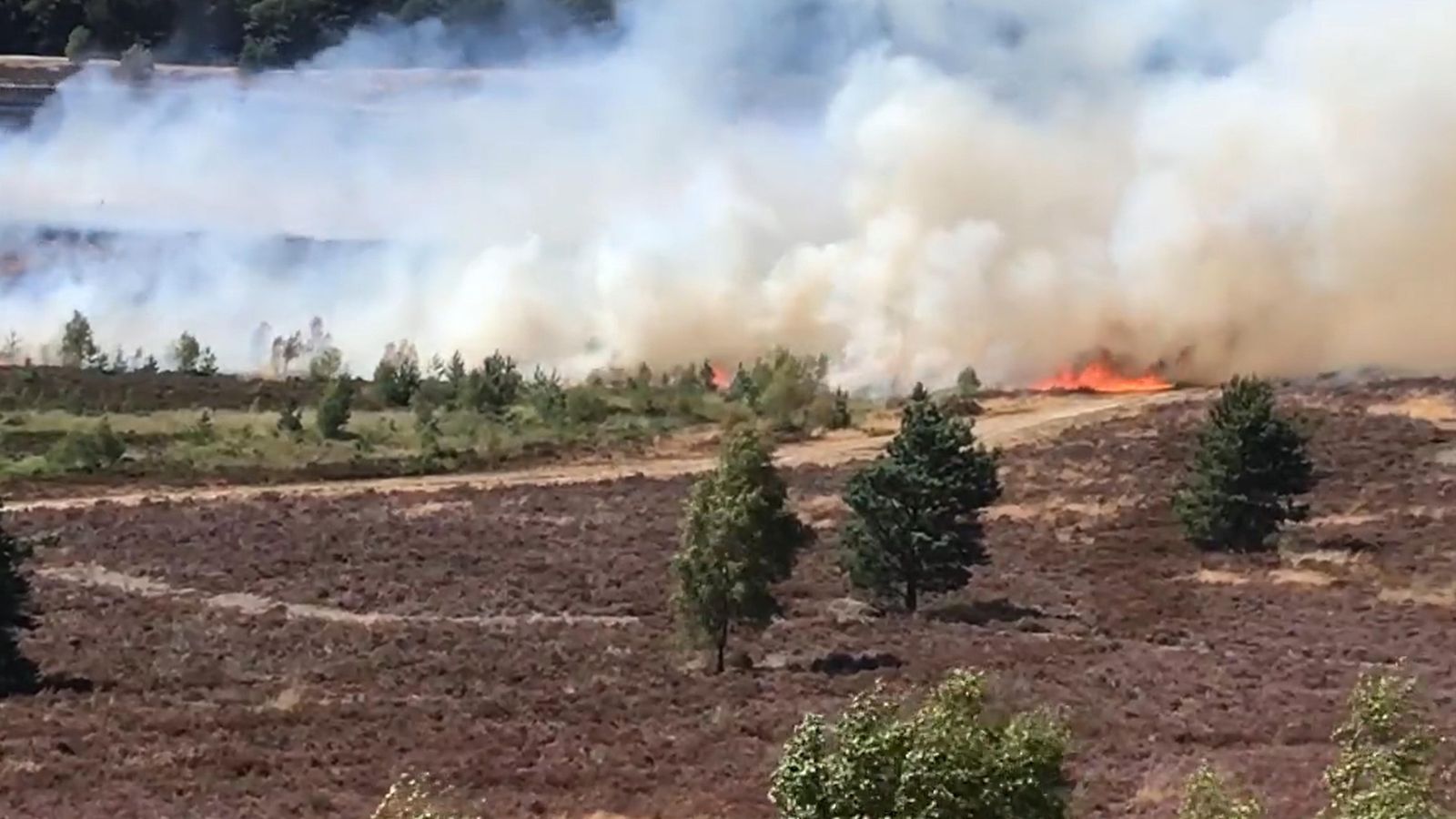 Firefighters have urged people to stop using barbecues and remove rubbish in open areas to help prevent fires in hot weather – as yet more blazes have broken out.

At least eight hectares of land were affected by a fire declared a major incident on Sunday, at Hankley Common, near Farnham in Surrey, which has previously been used to film part of the James Bond blockbuster Skyfall.

Crews are expected to remain at the scene through Monday.

And fire crews in London had also been battling wildfires – with blazes in Rammey Marsh in Enfield, Cranford Park in Hayes and Thamesmead, all described as “weather related”.

Surrey Fire Service joined the call. It said: “Speak to young relatives about safety outdoors, pack a picnic instead of a BBQ, dispose of cigarettes and litter correctly.”

Temperatures across the southeast of England reached 29C (84F) on Sunday, according to the Met Office.

Images of blackened ground were tweeted by the fire service after the Enfield grass fire at Rammey Marsh over an area of 20 hectares was brought under control.

Some 70 firefighters were sent to the grass fire in Cranford Park, Hayes, where around five hectares of grass and shrubland were alight and smoke spread across west London.

Big Jet TV, which live commentates on planes landing at Heathrow, said visibility was reduced at the airport, sharing a picture of a smoke covered runway from the nearby fire.

Meanwhile, in Thamesmead around 65 firefighters and the fire boat dealt with a grass fire on Defence Close.

The UK has been experiencing a heatwave, with a record-breaking high of 40.3C, in Coningsby, Lincolnshire, on Tuesday.

That day, the fire service saw its busiest day since the Second World War as a result of the extreme temperatures, with crews attending 1,146 incidents on that day alone.