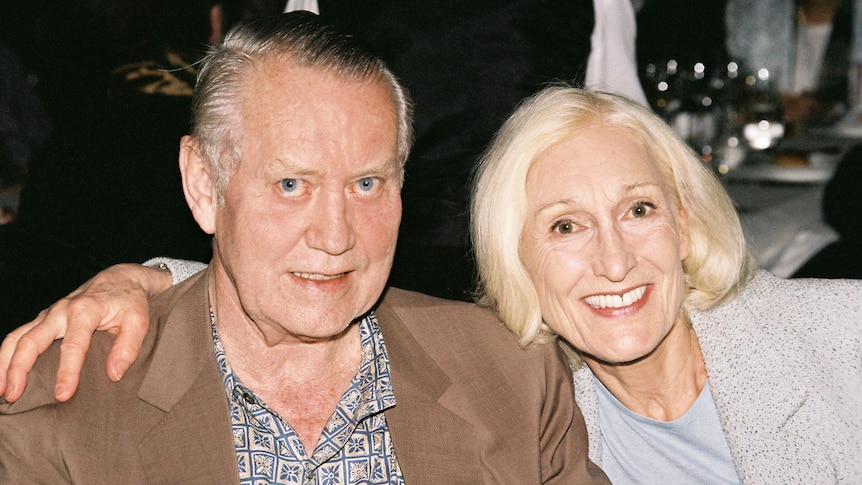 He’s the “eccentric” American former billionaire in his nineties who prefers flying economy over first class and has given away an $8 billion fortune, including more than $500 million to Australian causes.

Chuck Feeney spent a lifetime largely shunning the limelight but the 91-year-old’s generosity and contribution to research will be honoured at the University of Queensland (UQ) today.

Mr Feeney, who lives frugally with his wife Helga in San Francisco, has helped fund some of Queensland’s leading research institutes through grants of more than $100 million to UQ.

But the philanthropist, who adopted a “giving while living” philosophy, has vehemently eschewed having buildings named after himself.

Queensland scientist Ian Frazer, the co-developer of the Gardasil cervical cancer vaccine, described Mr Feeney as “somebody who saw that the best place to put his money was somewhere else rather than for himself”.

“If he had a choice between taking the bus and taking a taxi, he would take the bus,” Professor Frazer said.

“He certainly didn’t want to have his name on a building and he didn’t even want to be recognised publicly when buildings were opened.

“He was very quiet and self-effacing. He didn’t want to be the big guy in town.”

But UQ will honour his significant contribution to Queensland research today by naming the walkway in front of its historic sandstone Michie and Forgan Smith buildings, Feeney Way.

Mr Feeney, who co-founded airport retailer Duty Free Shoppers in 1960, amassing a significant fortune is unable to attend the tribute in person but will watch via video link from the US.

Through his foundation, The Atlantic Philanthropies, which was closed in 2020, he helped fund UQ’s Institute for Molecular Bioscience, the Australian Institute for Bioengineering and Nanotechnology, the UQ Centre for Clinical Research and the Queensland Brain Institute.

He also contributed to Brisbane’s Translational Research Institute, a partnership between UQ, the Queensland University of Technology, Princess Alexandra Hospital and Mater Research.

The research infrastructure Mr Feeney helped fund is credited with attracting some of the world’s best scientists into Queensland.

“His funding enabled a significant amount of progress to be made in biomedical research across a whole range of areas from brain cancer to vaccines,” Professor Frazer said.

“There wasn’t a lot of support for Smart State when we started, either within the Labor Party or within the community,” Mr Beattie said.

“He was pivotal, not just in terms of money, but of perception. We got on like a house on fire. I liked him and I knew what he was on about. We were looking for partners and he was like a Godsend.”

He said the American businessman shunned extravagance despite his wealth and had “knocked back more accolades than anyone else on the planet”.

“When I first met him, I thought: ‘Wow, this guy’s a billionaire,'” Mr Beattie recalled.

“He was very humbly dressed. He’s an extraordinary character … absolutely eccentric, no doubt about it. But he was a lovely guy and what he did has been amazing.

Mr Feeney kickstarted the “Giving While Living” movement, which has since been championed by Bill Gates and Warren Buffett through “The Giving Pledge” – a commitment in August 2010 by 40 of the wealthiest Americans to give most of their money towards addressing some of society’s most pressing problems.

He was introduced to Queensland by his friend, the late Ken Fletcher, a professional tennis player who was a singles finalist in the Australian Open in 1963 and won French Open and Wimbledon men’s doubles finals during the 1960s.