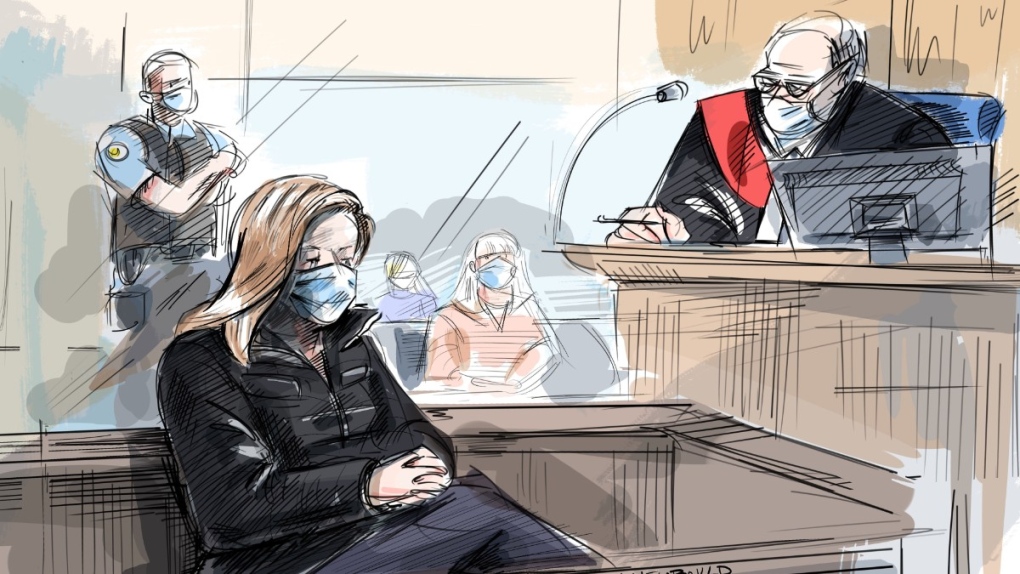 
“Freedom Convoy” organizer Tamara Lich has once again argued to be released from jail after a justice of the peace denied her bail earlier this month.


After she was accused of breaching her bail conditions, Lich was ordered to remain in custody to await trial for her role in the protest that paralyzed downtown Ottawa in February.


She had been ordered not to communicate with key convoy organizers except through counsel or in the presence of counsel, but was re-arrested after having contact with fellow protest leader Tom Marazzo at an awards gala in Toronto last month.


In court Monday, her lawyer Lawrence Greenspon argued the two organizers did nothing more than shake hands and pose for a photo together at the gala.


Marazzo is also a leader of a group called Veterans 4 Freedom, which staged several rallies in Ottawa over the Canada Day weekend.


Lich faces charges of mischief, obstructing police, counselling others to commit mischief and intimidation for her role in the massive protest against COVID-19 restrictions and the Liberal government.


Failing to comply with bail was more recently added to the list.


Lich appeared in court in person, with her hands neatly folded in her lap as she sat in the prisoner’s box of the Ottawa courtroom.


She has now spent 48 days in jail while she waits to answer to non-violent charges, Greenspon said. He added that she may end up spending more time in custody before her trial than she would ultimately have to serve if she is found guilty.


“We’re asking your honour to put an end to this injustice,” Greenspon said to Justice Andrew Goodman at the end of the defence’s arguments.


Crown counsel Moiz Karimjee disagreed, saying there’s the potential for Lich to serve a lengthy prison sentence for her role in gridlocking Ottawa.


Justice Goodman challenged the Crown about whether he has found a case of mischief that’s come close to the maximum sentence of 10 years.


“The answer to that is no, because there’s never been an occupation of a city, the capital of Canada, for three weeks,” Karimjee said. “If not in a situation such as this, then what other situation?”


This was the fifth time Lich was before the court to argue for her freedom from jail while she awaits a trial.


The convoy organizer was originally arrested and charged in February, the day before police moved in to remove the three-week protest from Ottawa’s streets.


She was released the next month with a long list of conditions, including a ban from using all social media.


This is the second time the Crown has argued she breached those conditions. The first time, the judge not only allowed her to remain out of jail but also allowed her to come back to Ontario to attend the award gala, where Lich was a guest of honour.


At the Toronto event, Lich received an “Freedom Award” from the Justice Centre for Constitutional Freedoms in recognition of her leadership role during the convoy.


After Lich was caught on video with Marazzo, police sought a Canada-wide warrant for the alleged breach of her bail conditions. She was arrested in her home town of Medicine Hat, Alta.


The Crown told the court Monday that the case is not about politics.


“It’s not about what views one espouses, whether we believe in vaccination or not,” Karimjee said. “It is about the rule of law.”


Lich’s trial date has not been set.


This report by The Canadian Press was first published July 25, 2022.