The new book by Titan Books and AMC Networks Publishing will be available just in time for Halloween, but in the meantime, here’s an exclusive first look at some of the spooky and entertaining treats it includes.

In a storyboard (above) for Rob Schrab’s World War II story “Bad Wolf Down,” the second episode of Shudder’s “Creepshow,” fans can see an impressively illustrated scene outline featuring a werewolf ripping a soldier’s jaw clean off. Aside from the well-developed cartoon outline, the two-page spread also illuminates the effects that went into the making of the scene, from a practical wolfman glove to a war-torn building added in post. 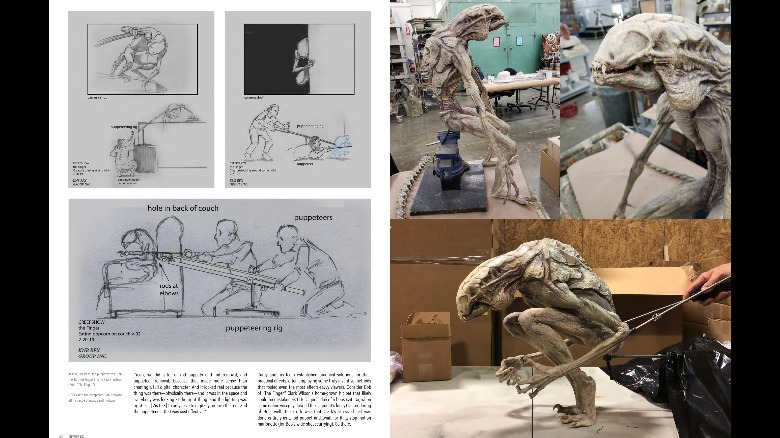 Another page of the book shows the hard work that went into creating Bob, the alien pet D.J. Qualls’ character Clark discovers in the other episode two segment, a Nicotero-directed chapter called “The Finger.” Multi-angle photos of Bob reveal the creature’s fantastic design, while the opposite page details the complex puppeteering rig that brought Bob to life. Prince’s commentary reveals that no part of Bob was CGI, but rather, he was a combination of a stop-motion marionette and a puppet on a rod. 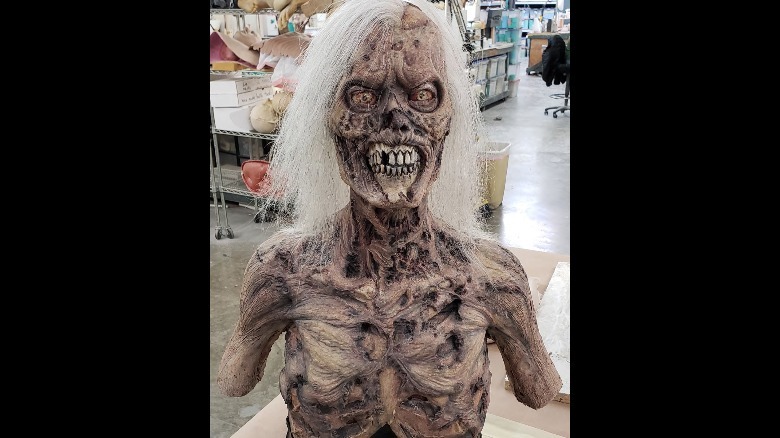 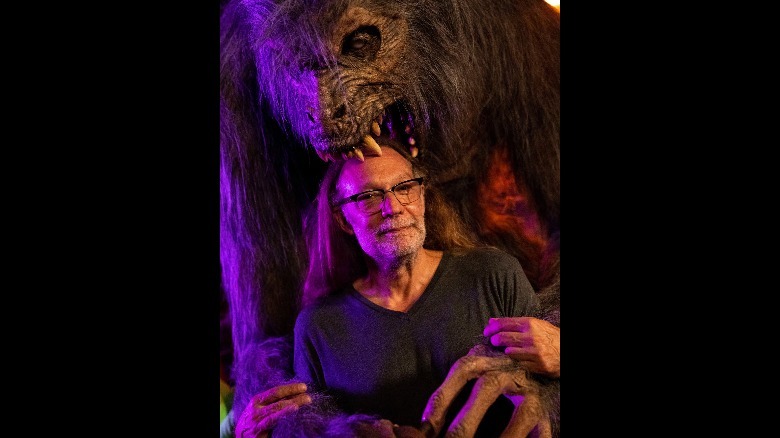 Other photos excerpted from the book give a behind-the-scenes look at both the early days of The Creep, who began as a Walker on the set of “The Walking Dead,” and one of the “Creepshow” monsters with Nicotero in its clutches. In a statement, the series showrunner shared his enthusiasm about the new book, saying:

“I grew up wearing down my fingertips paging through books on the making of my favorite movies. I was ravenous to learn the behind-the-scenes secrets. So, I’m excited to be able to present a glimpse behind the making of this epic show!”

The hardback edition of “Creepshow: From Script to Scream” will be available in stores and on AMCNP.com for $49.99 on October 25, 2022.