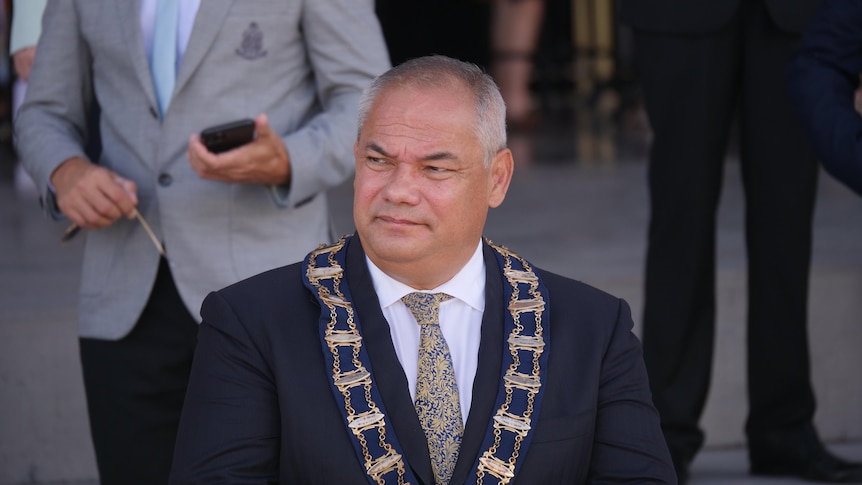 Gold Coast Mayor Tom Tate has rejected two findings of misconduct by the council watchdog and said any apology from him would be insincere.

The report found that “the misconduct was viewed so seriously that the tribunal considered whether it ought to recommend to the minister that [Mr Tate] be suspended as mayor”.

The tribunal ordered Mr Tate to make a public admission to the misconduct on his official Facebook page by today and pay almost $3,500 in penalties.

But Mr Tate has appealed the findings and applied for a stay through the Queensland Civil and Administrative Tribunal.

“When it goes to a real court of law, you’d drive a bus through it,” he said.

“I don’t think you’ll find a decision in this term.”

Mr Tate said he also questioned the order for him to apologise on Facebook, which he was required to do by today.

“It’s hard for me to apologise when I don’t agree with it, so how can you be sincere about it.”

Mr Dickson had given notice to the mayor’s then chief of staff Wayne Moran in November 2015, that he intended to take disciplinary action against him.

According to the Councillor Conduct Tribunal, Mr Dickson then received letters from Tom Tate a month later “directing him to cease disciplinary action” against Mr Moran and “to provide evidence that the ‘show cause’ matter had been closed as he had directed earlier that week, by close of business on 14 December 2015”.

The tribunal states that “interfered in the proper performance of the CEO’s functions”, with the disciplinary action ceased by Mr Dickson on December 18, 2015.

“By exercising his power to issue directions to the CEO in the way he did, evokes the popular phrase of ‘sweeping things under the rug’,” the Tribunal’s decision stated.

“Such behaviour is entirely antithetical to the ethos, principles and purposes of the Act.”

Mr Tate was ordered to pay $2,757 in relation to the misconduct.

A second allegation of misconduct dating back to December 2017 was also sustained by the tribunal.

It stated that Mr Tate failed to declare a conflict of interest during a council meeting “where council was considering directions issued by [Mr Tate] and whether council ought to refer those directions to the Department of Local Government”.

The tribunal states directions within a confidential document raised potentially referring his conduct to the Director General of the Department of Local Government.

“[Mr Tate] … had at least a personal interest in protecting his reputation, and the public perception of his character,” the tribunal found.

“That personal interest could, as perceived by a reasonable and informed observer, have the potential to influence the [Mr Tate’s] decision in carrying out his official functions in voting on the recommendation.

“In effect, [Mr Tate] could have been influenced in protecting his personal interest (in his reputation) by seeking to take steps such that his reputation never came under scrutiny (by removing the recommendation from consideration by the CEO).”

The tribunal ordered Mr Tate to pay $689.25 in relation to the conflict of interest.