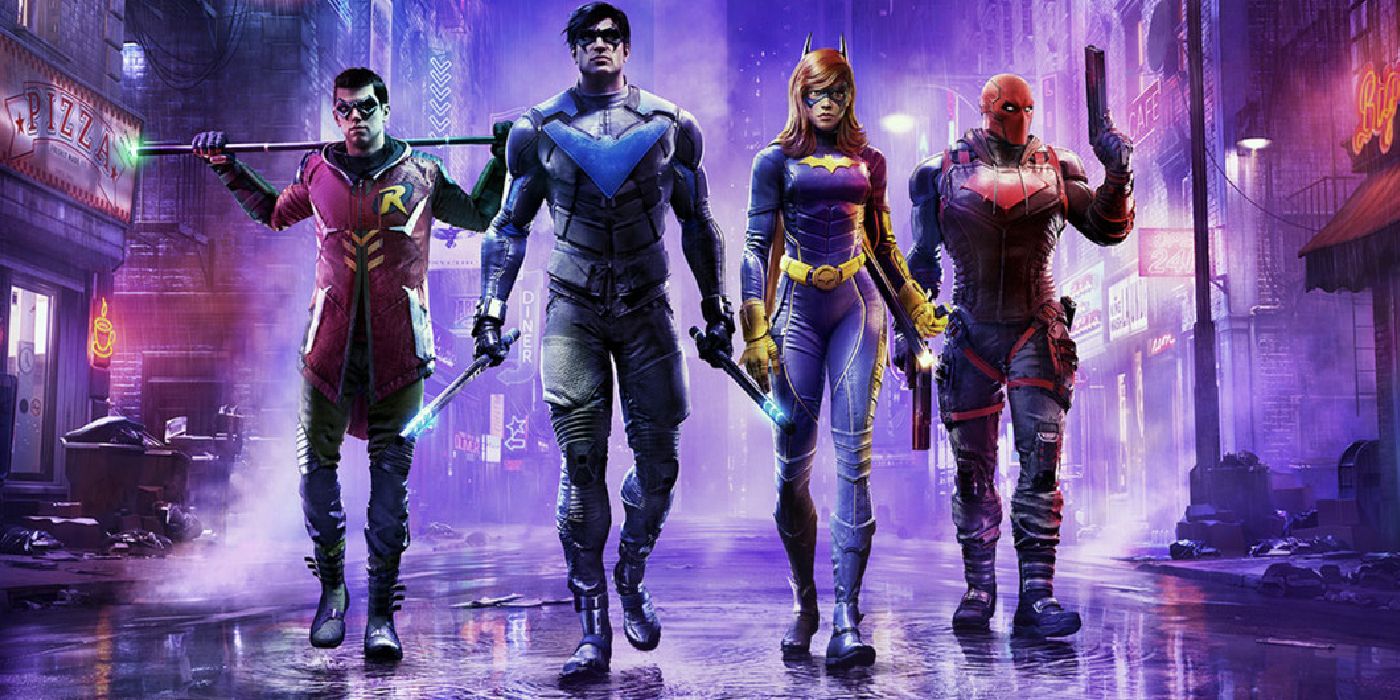 A small collage of concept art for the upcoming WB Games title Gotham Knights has revealed the addition of a significant, long-running ally of Batman.

The Gotham Knights Twitter account uploaded the series of artworks on July 23. In the post, fans can get a look at three professionally designed pieces of art that show off the game’s setting and the accompanying atmosphere. Alongside the exciting characters and all the futuristic technology, two of the works, in particular, reveal the inclusion of the prim character Alfred Pennyworth, sporting his usual formal attire.

Pennyworth has had a recurring role in the DC Universe since his first appearance in Batman #16 in 1943. However, he is most recognizable for being Bruce Wayne’s butler. While (usually) not a superhero, Alfred has long used his ability to be a “jack-of-all-trades” to assist Batman in the field from Wayne Manor. Pennyworth’s comedic relief and wise personality have resulted in him becoming a fan favorite over the years, being an underrated staple of DC Comics, and appearing in plenty of other comics and tie-ins, with one of the most recent being May 2022’s issue of Nightwing.

Alfred’s addition and the other scenes on the Gotham Knights‘ Twitter were part of a panel at 2022’s San Diego Comic-Con, with more artwork poised to release down the road for those who missed it. DC Comics revealed plenty of other Batman-related pieces of media at the convention, too, including an animated Batman film and even a comic reuniting Bruce Wayne with superhero Spawn. An interview conducted during SDCC also revealed the depth of the storytelling in the title, describing it as four different games depending on which of the Bat Family players inhabit as the cutscenes play out differently for each.

RELATED: Gotham Knights is Even Bigger than Arkham Knight In One Major Way

Developed by WB Games Montréal, Gotham Knights is an upcoming action role-playing game inspired by the Batman: Gotham Knights comic. After Batman’s death causes a steep decline in Gotham City, heroes Nightwing, Batgirl, Robin and Red Hood must work together to restore peace and justice to the city. However, while investigating Batman’s disappearance, the crew comes into contact with several supervillains and even the mysterious Court of Owls, a secret society bent on taking them down. The game is open-world and will allow players to utilize the unique abilities of their favorite supporting cast in a new, original story.