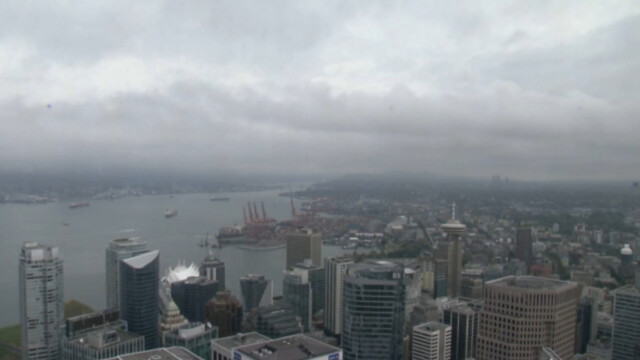 An air quality advisory has been issued for the eastern parts of Metro Vancouver and the Fraser Valley due to high concentrations of ground-level ozone that could pose a health risk for some people.

The advisory issued by Metro Vancouver, a federation that plans regional services for a large area including 21 municipalities, says the highest levels of ozone generally occur between mid-afternoon and early evening on summer days.

Ground-level ozone is created when pollutants from burning fuels as well as compounds from solvents and other sources react in sunlight, making breathing difficult for those with underlying conditions such as lung disease and asthma.

Exposure is also a concern for pregnant women, infants, children and those who work outside, including construction and agricultural workers and those who are homeless.

Environment Canada says the highest temperature recorded in B.C. today was 38.8 Celsius in Lytton and at the airport in Pemberton, and that a heat wave is forecast for the province this week.

The BC Wildfire Service says a fire burning about two kilometres northwest of Lytton has increased in size to 2,300 hectares due to ongoing hot and dry conditions, up from 2,200 hectares Monday.