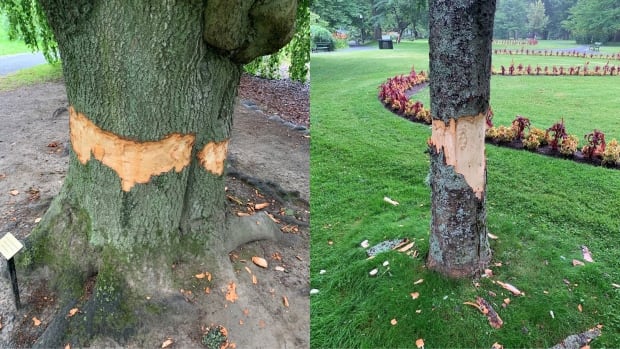 The Halifax Public Gardens closed on Tuesday after bark was stripped off the trunks of roughly 30 trees throughout the park.

In an email, a municipal official said it’s possible the bark was stripped with an axe or a hatchet and the damage varies from tree to tree.

The municipality will be keeping an eye on the health of the affected trees over the coming months. The total cost of the damage is not yet known.

The park is expected to reopen on Wednesday.