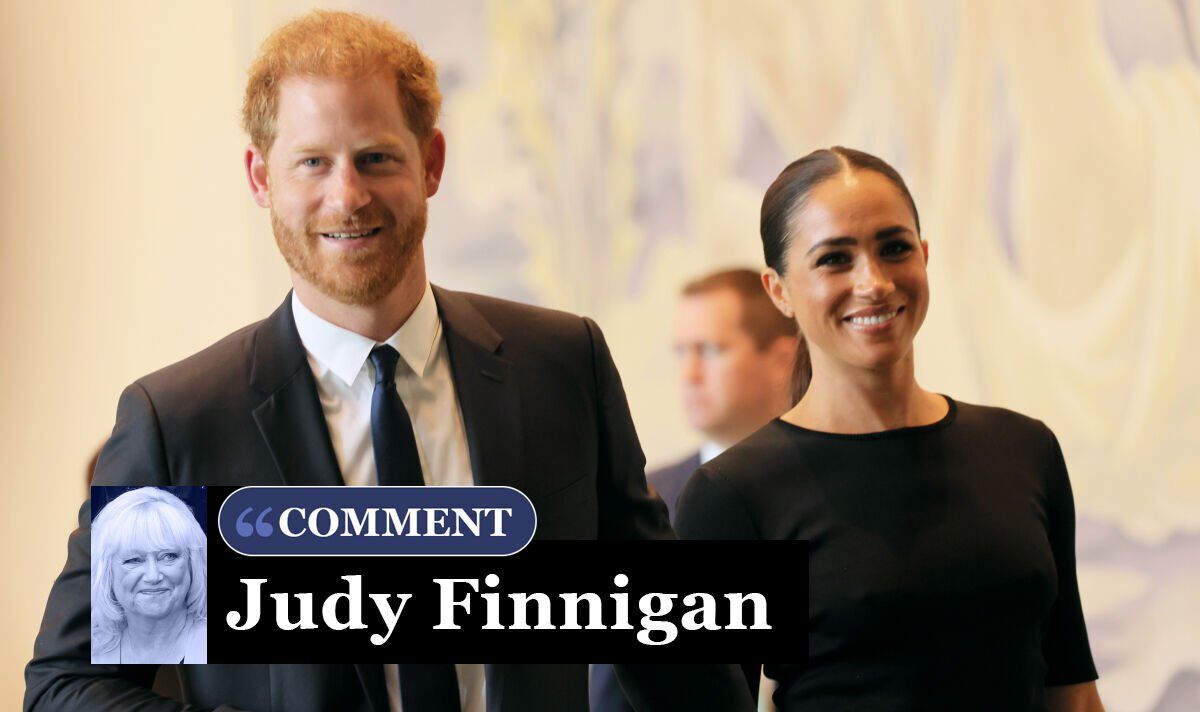 Her PR people and lawyers had no doubt this minor actress in obscure cable TV drama Suits, craved the big time. And if her acting wasn’t quite good enough to make her a star, that she would seek fame by another route – philanthropy. Like her idols Hillary Clinton and Michelle Obama, she’d be a feminist icon, a worldwide symbol of altruism. The problem was she didn’t have a big enough platform to launch from. And then along came Harry.

Bower’s account of how he fell hard for Meghan – so different from his previous girlfriends: tough, totally confident, harbouring no doubts about her self-worth – made my heart sink.

Already aware that in life’s pecking order his only brother was far more important than him, he lost his beloved mother in an unspeakable tragedy.

He grew up without a loving anchor. William was too young and Charles too self-centred to provide the roots to tether him to a secure sense of himself.

He put on a good face. Funny, sweet, lovable Harry. We adored him, but he was tormented by a lack of self-esteem, and enormous anger. His whole life was a muted cry of “What about me?”

When he met Meghan he saw a stairway to heaven. She quickly realised that the Royal Family wouldn’t foster her grand vision of a world conquering “brand” and spirited him away.

She’s a mother-figure. Just watch how she reassures him, rubbing his back, holding his hand. Many have said their marriage will end in tears.

I think they’re right but Harry, poor boy, has lived in a vale of grief his whole life. I don’t like the man he has become, but Bower’s book helps me to realise how he might have got there.

“What’s Judy’s favourite scent?” a friend asked my husband at a birthday dinner the other night. He asked because our waiter had just complimented Richard on his aftershave, and asked its name. “Sauvage,” I told the waiter. “You know, the Johnny Depp one, Dior. It’s been his favourite for years.”

Yup, not even those unsavoury marital court cases have put Richard off the scent Depp moodily promotes in the Dior ad campaign. Nothing else will do. For a change I surprised him on his 65th with a bottle of Brad Pitt’s favourite, Creed’s Silver Mountain Water. It disappeared into a cupboard somewhere, never to be smelt again.

Reader, I haven’t worn Opium for more than ten years. These days I love Diptyque. Surely he must know? Alas, Opium is the gift that he keeps on giving…every birthday! And that, too, disappears into a cupboard, never to be smelt again.

A last holiday lunch at our favourite restaurant in the south of France, and in the beautiful fig-tree framed courtyard a frail elderly gentleman and his wife slowly picked at their crevettes.

Then she stood up and my jaw dropped. She was old, obviously, but her face was an alien mask of tight shiny pallor, and she wore the shortest mini skirt I’ve seen since the Sixties.

She tottered off, followed by the doddery husband, to gasps of horror. Another mega-rich Monaco matron with a horrific facelift. It’s terrifying.